Sydney Morton and Melody A. Betts Join Cast of Paramount Theatre’s THE SECRET OF MY SUCCESS

Paramount Theatre announces the addition of two principal cast members – Sydney Morton and Melody A. Betts – both making their Paramount debuts in its upcoming world premiere musical The Secret of My Success.Based on the 1987 Universal Pictures hit movie starring Michael J. Fox, The Secret of My Success is a wildly funny new musical about corporate culture, unbridled ambition, mistaken identity and making your own way in life. 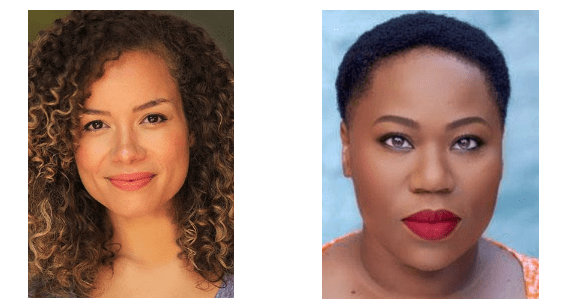 The classic ‘80s Universal Pictures film about an ambitious college grad’s rise to the top, story by A.J. Carothers, starred a young Michael J. Fox at his finest and dominated the box office for five straight weeks. The Secret of My Success is now being retold on the Paramount stage in a modern-day setting with big production numbers and a book that will have audiences laughing all the way home. The book is by Broadway veterans Gordon Greenberg and Steve Rosen. Greenberg also directs. Music and lyrics are by Michael Mahler and Alan Schmuckler, the same duo behind such hit musicals as Diary of a Wimpy Kid and How Can You Run with a Shell on Your Back?

Billy Harrigan Tighe is cast in the role of Brantley Foster, originated on film by Michael J. Fox. Tighe is a young Broadway talent and veteran of the national tours of Finding Neverland, The Book of Mormon, Wicked and Dirty Dancing.

Paramount Theatre is located at 23 E. Galena in downtown Aurora. For tickets and information, visit ParamountAurora.com, call (630) 896-6666, or stop by the Paramount box office Monday through Saturday, 10 a.m. to 6 p.m. The Secret of My Success is suggested for ages 10 and up due to light sexual content and adult language. The Secret of My Success is sponsored by BMO Harris Bank, Dunham Fund, ComEd, Rush Copley Medical Center and City of Aurora.