MEN ARE FROM MARS-WOMEN ARE FROM VENUS LIVE star AMADEO FUSCA discusses the hit play as well as the importance of comedy in this socio-political environment.

AMADEO FUSCA currently performs on the Upright Citizens Brigade Maude House Sketch Comedy team Hot Bird. In 2013, he won the legendary Friars Club “So You Think You Can Roast?” competition beating out 55 other comedians, roasting 80s child star Ricky Schroeder, and NBA Hall of Famer Dennis Rodman in the process.

As the winner, Amadeo was among the dais to roast comedic actor Jack Black, along with comic legends such as the “Roastmaster” General Jeff Ross, Sarah Silverman, Artie Lange, Bob Saget, Amy Schumer and more. Amadeo’s success at the roast landed him two quotes in Entertainment Weekly’s funniest jokes of the event. In addition to his comedy, Amadeo also can be seen in various television and film productions. His wide range of dramatic and comedic roles include a co-starring role in the final episode of the HBO hit series Boardwalk Empire, a co-starring role in the season finale of the Netflix series Marvel’s Daredevil, a co-starring role in the CBS show As The World Turns and a supporting role in the feature film A New York Heartbeat, starring Eric Roberts and Rachel Brosnahan. For more information, please visit his website at amadeofusca.com. 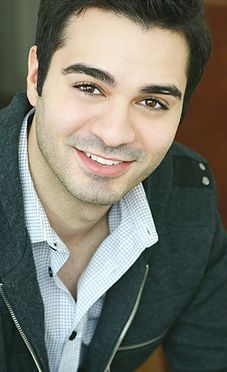 Men Are From Mars – Women Are From Venus LIVE!, the Off-Broadway hit comedy based on The New York Times #1 best-selling book of the last decade by John Gray, is back by popular demand. Moving swiftly through a series of vignettes, the show covers everything from dating and marriage to the bedroom. This hysterical show will have couples elbowing each other all evening as they see themselves on stage. Sexy and fast paced, this show is definitely for adults, but will leave audiences laughing and giggling like little kids! Visit: BroadwayInChicago.com