ERIN BURNISTON discusses her role as Elvis Presley’s high school sweetheart in the new musical HEARTBREAK HOTEL, a prequel to MILLION DOLLAR QUARTET that details the King of Rock and Roll’s raise to fame. HEARTBREAK HOTEL will ignite the stage of the Broadway Playhouse at Water Tower Place (175 E. Chestnut) beginning June 30, 2018. 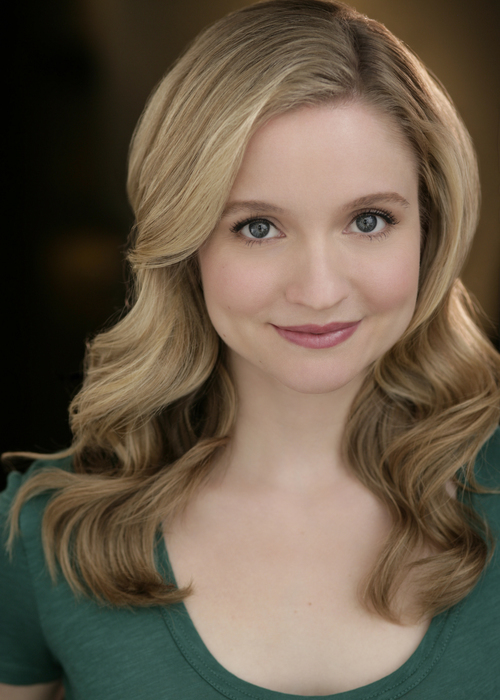 Broadway In Chicago, the producers of HEARTBREAK HOTEL, and Authentic Brands Group(ABG), owner of Elvis Presley Enterprises today, are delighted to announce the full casting for HEARTBREAK HOTEL, amusical premiere that will ignite the stage of the Broadway Playhouse at Water Tower Place (175 E. Chestnut) beginningJune 30, 2018.

Chicago’s ‘King of Rock and Roll’ will be Eddie Clendening who originated the role of Elvis in the acclaimed production of HEARTBREAK HOTEL at the Ogunquit Playhouse. Broadway World called Clendening’s performance at the Ogunquit “spectacular.” The Portland Press Herald says, “Clendening channels Elvis’s unforgettable vocals with an uncanniness that brings thrilling goose bumps…” and the Boston Post Gazette hails, “[Clendening] is able to rock out with the raw energy of Presley while always retaining that shyness that made him so charming.”

HEARTBREAK HOTEL follows the tender story of Elvis Presley in the early years of his career as he and Sam Phillips create the music that will forever change their lives. As Elvis’s career skyrockets, both lifting and shattering the lives of
those he loves, a secret love story is revealed, a betrayal is discovered, and “Colonel” Tom Parker changes the course of history, all in just 18 short months.

This brand new musical features hit songs from the King himself as well as the legends who influenced his iconic music, with chart-toppers including “Blue Suede Shoes,” “Tutti Frutti,” “That’s All Right,” “Shake, Rattle and Roll,” and, of
course, “Heartbreak Hotel.” This is where the story begins… “take a walk down lonely street.”

“We are thrilled to debut this amazing cast,” said Producer Scott Pris and of Robbins Lane Entertainment. “This production will feature cast members who have been with the show from the beginning, such as our original Elvis, in addition to unbelievable talent from Chicago. HEARTBREAK HOTEL is ready to rock this town!”

Individual tickets for HEARTBREAK HOTEL at the Broadway Playhouse at Water Tower Place (175 E. Chestnut) are now on sale and range from $35-$75 with a select number of premium seats. Tickets are available now for groups of 10 or more by calling Broadway In Chicago Group Sales at (312) 977-1710 or emailing [email protected] For more information, visit www.BroadwayInChicago.com.

Broadway In Chicago was created in July 2000 and over the past 17 years has grown to be one of the largest commercial touring homes in the country. A Nederlander Presentation, Broadway In Chicago lights up the Chicago Theater District entertaining over 1.7 million people annually in five theatres. Broadway In Chicago presents a full range of entertainment, including musicals and plays, on the stages of five of the finest theatres in Chicago’s Loop including the Cadillac Palace Theatre, CIBC Theatre, Oriental Theatre, and just off the Magnificent Mile, the Broadway Playhouse at Water Tower Place and presenting Broadway shows at The Auditorium Theatre of Roosevelt University. For more information, visit www.BroadwayInChicago.com. Facebook @BroadwayInChicago ● Twitter @broadwaychicago ● Instagram @broadwayinchicago ● #broadwayinchicago