Podcast with Sandra Bernhard from SHOWBIZ CHICAGO on Vimeo.

Actress/Comedian/Musician SANDRA BERNHARD discusses her groundbreaking career as well as her upcoming appearance at Milwaukee’s PrideFest on June 8, 2014. For more information visit SandraBernhard.com or Pridefest.com 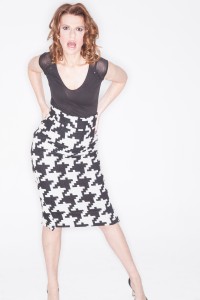 In her own one-of-a-kind live show, “Sandyland,” that sharply blends theatre, rock-n-roll and stand-up with a little burlesque & cabaret, performer Sandra Bernhard will appear at the Henry Maier Festival Park/Miller Main Stage (Summerfest Grounds) at 200 N. Harbor Drive as part of Milwaukee Pridefest in Milwaukee, WI. on Sunday, June 8th, as part of her current national tour, with live shows booked in various cities around the country throughout the year.

The actress/singer/comedienne kicked-off her 2014 tour in early January, right after bringing 2013 to a riotous close by performing a five night sold-out stint at New York City’s famed Joe’s Pub over New Year’s Eve. “Just below the surface, you sense the same roving critical eye that misses nothing” said the New York Times.

Sandra’s live in-your-face performing combines her hysterical insight, outspoken views and outrageous mouth, along with her band, The Flawless Zircons. Her brilliant unity of hilarious diatribes on the state of modern culture and classic rock attitude burns smart, still having all the raucous energy of youth.

The always entertaining Bernhard has been wowing, and sometimes shocking, audiences since starting her career at LA’s famed Comedy Store in the 1970’s, going on to become a favorite on the live-show comedy circuit nationally, while also forging a career in film, television and on Broadway.

Sandra Bernhard also returned to television this season, as she guest-starred on ABC Family’s original drama series, “Switched at Birth.” In a recurring role, Benrhard will played Teresa Lubarsky, a groovy art professor at a local college where Bay (Vanessa Marano) is taking classes.  The Peabody Award-winning family drama returned for a third season in January, 2014.

She was also featured in a special guest starring appearance on the hit ABC TV comedy The Neighbors in 2013. As most people are aware, from 1991-1996 she played Nancy Bartlett—the first openly gay character on a network sitcom—on Roseanne, and has more recently appeared on the TV Land comedy Hot in Cleveland, on Logo’s DTLA, CBS’s The New Adventures of Old Christine, FOX TV’sAmerican Dad, NBC’s Crossing Jordan, The L Word, etc. and has appeared more than 30 times on Late Night with David Letterman.

In addition to her numerous television and film appearances, audiences have raved about her work on the Broadway stage, including the critically acclaimed I’m Still Here… Dammit !, which opened Off-Broadway in 1997, moved to Broadway a year later, and was filmed for an HBO special. In 2006, Bernhard’s Everything Bad and Beautiful also opened to rave reviews. Her most recent show, I Love Being Me, Don’t You ? played to sold-out crowds for an extended run last summer in Los Angeles. The album version of the show was released on Rooftop Records last fall, and she has since been touring almost non-stop.

Tickets are $13 in advance and $16 at the gate. (special reserved seating also available).