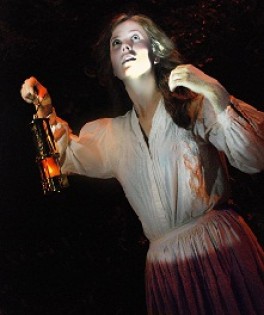 Podcast with Singer/Songwriter NATALIA SAFRAN from SHOWBIZ CHICAGO on Vimeo.

Singer/Songwriter/Humanitarian NATALIA SAFRAN discusses her phenomenally successful recording career, her musical collaboration with her brother and her friendship with movie actor Paul Walker, whose last film, HOURS, features Natalia’s international hit “All I Feel Is You” that is also included in this podcast. For more information visit Natalia’s official website NataliaSafran.com

Natalia writes, produces and performs her music with brother Mikolaj Mick Jaroszyk. Her debut album ’High Noon’ was funded entirely by fans from all over the world via a crowd funding music community Sellaband, where she quickly rose to the top of over ten thousand artists, in record time gathering $50,000 to produce her album.

Truly an international effort, the album was recorded in the US and Poland where Natalia is originally from. It contains 12 songs varying in vibe from chilled out pop to trip hop or as it has been called ’Rocker Chill’. A few of the tracks were co-produced by Kiran Shahani of Supreme Beings of Leisure and Bitter:Sweet and mixed by Rob Chiarelli (Madonna, Pink, Christina Aguilera, Ray Charles, Quincy Jones, Shakira). One of the Shahani co-productions is ‘Big Wave’ with the video shot on the Mojave Desert by David Lynch’s right hand man, cinematographer Dan Kneece (Blue Velvet, Wild at Heart, Twin Peaks).

’High Noon’ was released in Poland to great critical acclaim and commercial success. Within a few short weeks Natalia exploded onto the Polish music scene capturing the hearts and imaginations of the Polish audience and critics alike, her face and sound becoming instantly recognizable. ‘Hey You’, the first single of the album, topped the radio charts ahead of Adele, Colplay, and Florence and The Machine.

’Hey You’ also graces the soundtracks of ’I Hate Valentine’s Day’ with Nia Vardalos and John Corbett and ’New in Town’ with Renee Zellweger and Harry Connick Jr., and it can be found on the movie’s
soundtrack album.

This Winter Natalia’s songs will be heard in three brand new movies – ‘All I Feel Is You’ as the title track in Paul Walker’s brand new drama ‘Hours’, premiering December 13th with the video of the song out on December 9th, ‘The One For Me’ in a comedy ‘Best Night Ever’, premiering December 26th and ‘Say Goodbye’ in the thriller ‘Mindscape’.