REVIEWED BY: MATTHEW PERTA
HIGHLY RECOMMENDED
Photo Credit: Ross Zentner
Sizzling!  Sensational!  Sexy!  A production that will be remembered for years to come.  That’s the best way I can tell you about Pippin, the Tony Award-winning musical classic that’s being staged oh-so magnificently by the Skylight Music Theatre in Milwaukee for the first time in the company’s lengthy history.

The Skylight’s version of this iconic musical is a story within a story: a theatrical troupe led by a character called Leading Player introduces us to Pippin, a young prince who’s determined to live an extraordinary life.  But through a series of adventures ranging from wins on the battlefield and political intrigue to the disposing of his father, King Charlemagne the Great, Pippin realizes that happiness can be found not in extraordinary feats, but in those ordinary moments that happen day after day.  This very message can become lost or too preachy if not handled well by the company staging it.  But the Skylight meets this challenge in thrilling fashion by telling a story through a dazzling cornucopia of music and choreography, glittering costumes and amazing lighting.

The first-rate cast includes a multi-talented leading man with a fantastic body – very apparent when Pippin goes shirtless at show’s end – and a bevy of lovely ladies with great legs (and yes, they can sing and act, too).  Lucas Pastrana soars to unbelievable heights as Pippin, making his character evolve from youthful wonder to grownup maturity.  Pippin is the perfect showcase for Pastrana’s talents as an actor, singer, dancer – and even as a guitarist.  His vocal talents are truly exceptional, winning the audience over right from the get-go with “Corner of the Sky.”
Krystal Drake, making her Skylight debut as Leading Player, is a Broadway-caliber performer who brings razzle-dazzle to a role that could become one dimensional in less capable hands; Natalie Ford is a comedic delight as Catherine, the beautiful young widow that takes Pippin into her home, where he finds true happiness.  Ford and Pastrana generate sparks as lovers singing “Love Song.”
Todd Denning as the tyrannical Charlemagne and Alex Campea as the dim-witted Lewis, stepbrother of Pippin, successfully combine hilarity and brutishness in their respective roles.  Kathryn Hausman is outstanding as the seductive and calculating Fastrada, stepmother to Pippin who encourages him to revolt against his father, so her son Lewis can become king. 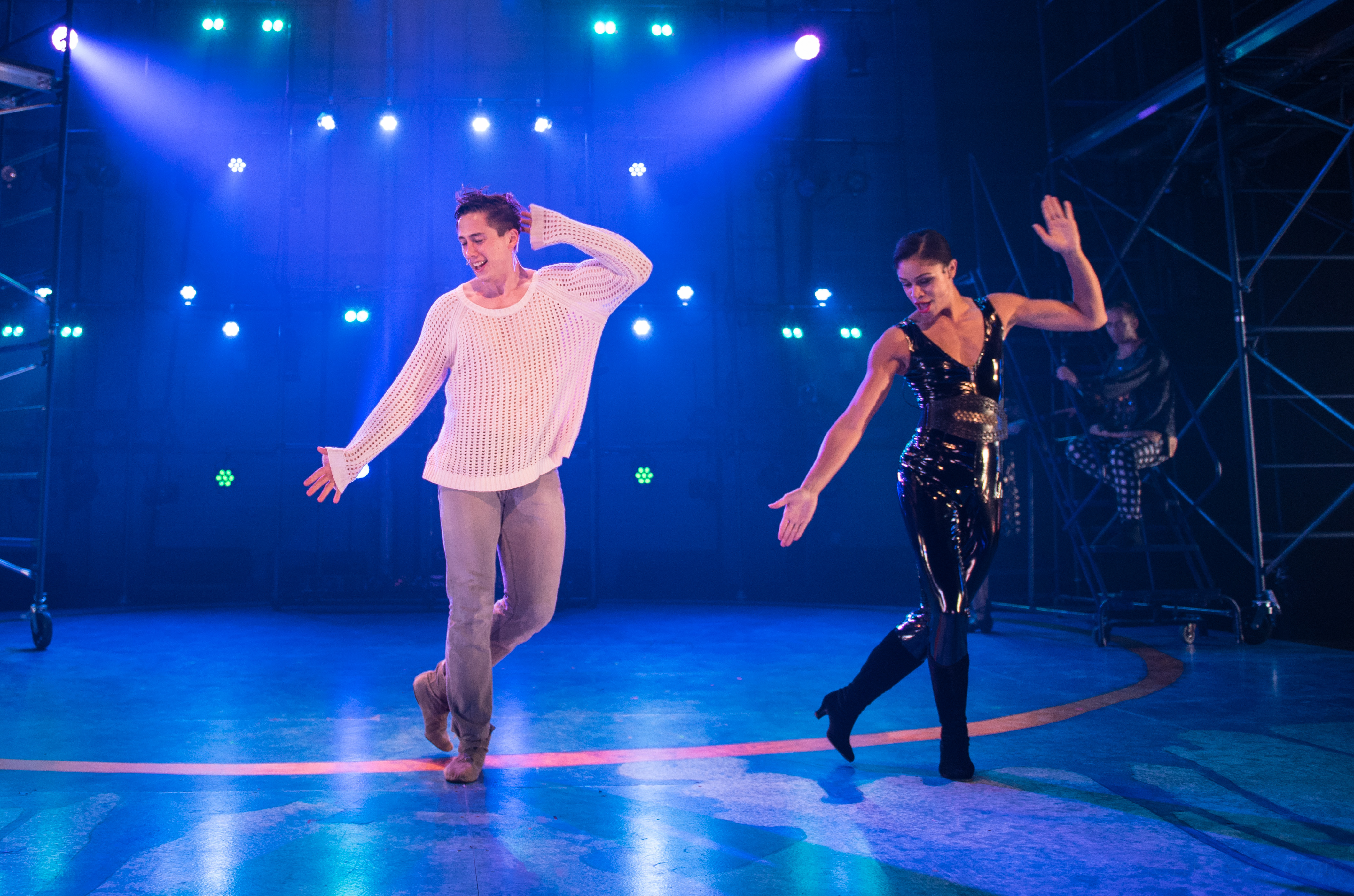 But if a Tony Award was given in regional theater for Best Performance by a Featured Actress in a Musical the hands-down winner would be Elaine Parsons Herro for her hilarious show-stopping turn as Berthe, Pippin’s tap-dancing grandmother extraordinaire.  It is from the smart-as-a-whip Berthe that Pippin learns not to take life so seriously and to live in the moment.  Parsons Herro led the audience in “No Time at All” a fun-filled sing-along with lyrics projected on a screen.
Chicago resident and Hawaii-born Ayana Strutz is excellent in her Skylight debut as Theo, the young son of the widow Catherine.  Other performers in the cast with Chicago ties include Ford, who has performed with both the Chicago Music Theatre Works and Chicago Opera Theatre; and David Corlew, a member of the ensemble, resides there.
Pippin spreads its magic through Oct. 7 in the Cabot Theatre of the Broadway Theatre Center, 158 N. Broadway in Milwaukee’s Historic Third Ward.  Tickets can be purchased in person at the box office, Monday through Saturday from noon to 6 p.m., or two hours before curtain. Tickets can also be purchased by calling (414) 291-7800 or online at www.skylightmusictheatre.org.