“We are excited to welome Matt Leibham to the team as Milwaukee Rep’s new CFO,” stated Chad Bauman, Executive Director. “His experience in the entertainment nonprofit world is invaluable.  We look forward to capitalizing on his strengths as we work together to position the theater as an anchor in the industry and community at large as we fully reopen this season.” 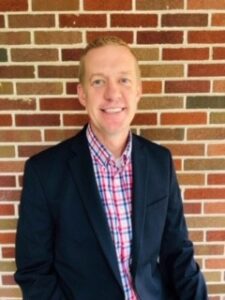 “I look forward to being part of a great team at Milwaukee Repertory Theater that supports the organization’s mission and core values,” said Matt Leibham.  “With this role, I hope to help maintain the financial strength of the organization so it may continue to be an incubator of new work and an agent of community change.”

Matt Leibham joins Milwaukee Repertory Theater after fourteen years at Milwaukee World Festival, Inc, a 501(c)(3) organization which produces numerous events including Summerfest, an 11-day music festival that typically draws 750,000 – 850,000 guests.  During his tenure, he served in various leadership roles including Controller, Director of Financial Operations and Director of New Revenue Development.  Matt played an integral role in numerous business initiatives to help the organization achieve continued financial stability and long-term success.  In addition to his employment with Milwaukee World Festival, Inc., Matt previously served roles with Milwaukee Journal Sentinel and BDO Seidman, LLP.  Matt obtained his Master’s degree from the University of Wisconsin-Madison and currently resides with his family in Fox Point.

Milwaukee Rep is the largest performing arts organization in Wisconsin with three unique performance venues in the Patty & Jay Baker Theater Complex– the Quadracci Powerhouse, Stiemke Studio and Stackner Cabaret.  For over six decades, Milwaukee Rep has been a centerpiece of Milwaukee’s vibrant arts and cultural scene with productions ranging from Broadway musicals to Shakespeare to American Classics and New Works that are entertaining, inclusive and impactful. Under the leadership of Artistic Director Mark Clements and Executive Director Chad Bauman, Milwaukee Repertory Theater ignites positive change in the cultural, social, and economic vitality of its community by creating world-class theater experiences that entertain, provoke, and inspire meaningful dialogue among an audience representative of Milwaukee’s rich diversity.