Theater has the power if used to its full potential, to leave powerful and indelible images on the mind of the theatergoer. And, it was more than obvious one rainy night in downtown Milwaukee that the theater did reach its full potential, thanks to the teaming of an extraordinary cast with amazing technical artistry that brought Lin-Manuel Miranda’s Tony Award-winning cultural phenomenon, Hamilton, to life for its Milwaukee premiere in Uihlein Hall of the Marcus Center for the Performing Arts.

Milwaukee was pumped up for Hamilton, ready to experience what other cities have already experienced.  The applause and shouts of approval started early, right after Joseph Morales, in the title role, finished singing his first song, to be exact.

Hamilton takes a page out of our nation’s history book, reconnecting us to one of our Founding Fathers, Alexander Hamilton, a West Indies orphan that rose to become George Washington’s righthand man during the Revolutionary War and the country’s first Secretary of the Treasury.  His tumultuous life – through war, career and love – culminating in an infamous duel with longtime acquaintance Aaron Burr, is told through a melodious, broad-ranging score that blends hip-hop, jazz, blues, rap and Rhythm & Blues with Broadway. 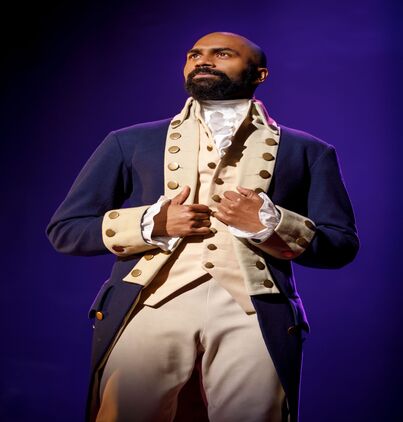 The plot of Hamilton covers his arrival in America’s colonies as an immigrant that readily supports American independence, his dedication to General Washington during war, his love for Eliza, his wife, his later career as a lawyer and his role in government, and, finally, to the tragic duel with Burr that leaves those surrounding Hamilton with regret and much to think about.

Since the drama-rich story is told through the musical score, my advice to those who haven’t seen Hamilton is to find a plot synopsis on the Internet and read it before going to the theater so that you can enjoy the music without having to struggle to understand the ins and outs of the plot.

Never mind about the historical accuracy of Hamilton; what is important that we develop an appreciation of our colorful history, and that’s certainly an enjoyable feat with this superb production at the Marcus Center.

The cast is first rate, and diverse, too, bringing together white, African American and Oriental performers to give Hamilton that edge of inclusion, so important in today’s America where division is now sadly the norm.  Joseph Morales, who was a Hamilton alternate  in the original Chicago run, along with Nik Walker as Aaron Burr, Marcus Choi as George Washington and Warren Egypt Franklin as Thomas Jefferson, all gave powerful, memorable performances that earned thunderous applause. But the standout performance on opening night belonged to Neil Haskell, who delivered a delightfully flamboyant portrayal of King George that bought down the house with loads of laughter. Haskell’s sparkling crown and vibrant, ruby red costume aided beautifully in his characterization. 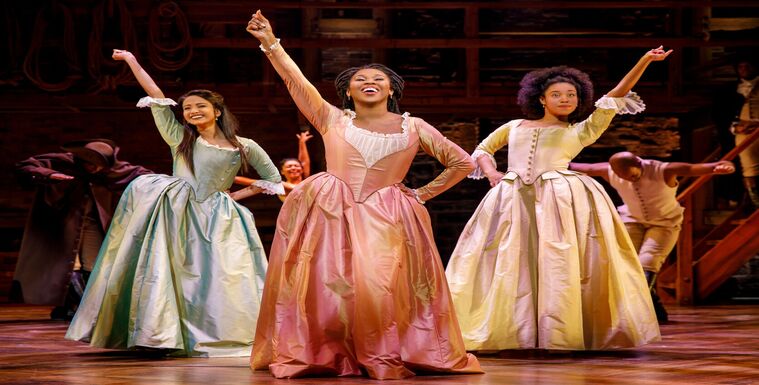 The choreography, nothing short of amazing, and the lighting, which was simply dazzling, contributed to those indelible images that lingered in my mind as I made my way out of the theater after the performance.

Hamilton at the Marcus Center ignites the imagination with an unforgettable musical score, awe-inspiring choreography, a dazzling light show and magnificent performances delivered by an excellent cast.  It’s definitely a must-see.