JESUS CHRIST SUPERSTAR Has Evolved From Blasphemous To Beloved

Aaron LaVigne and the company of the North American Tour of JESUS CHRIST SUPERSTAR. Photo by Matthew Murphy, Evan Zimmerman

As the electrifying 50th Anniversary Tour of Jesus Christ Superstar opened to a sold out crowd at Orlando’s Dr. Phillips Center, it was evident that this once controversial show has now become one the greatest musicals of all time.  It was  in 1970 when composer Andrew Lloyd Webber and lyricist Tim Rice futilely pitched their idea of creating a rock musical about the seven last days of Christ to West End theater producers.  Instead of theatrical staging, Webber and Rice decided to record the work as a ninety minute concept album.  Jesus Christ Superstar (known as the brown album) went to No. 1 in the U.S. Billboard charts in February 1971.

Backed by the success of the concept album, the Broadway production opened in October of the same year with the West End production opening in 1972, followed by director Norman Jewison’s 1973 film version.

Based on the 2016 London revival directed by Timothy Sheader, the 50th Anniversary tour is a hybrid rock concert/contemporary dance-theater piece.  Conceptually this makes perfect since Jesus Christ Superstar works as both a rock concert (such as the amazing 1992 Australian touring concert with Jon Farnham) or as a fully realized theatrical production (the legendary 1993 AD tour reuniting the film’s stars Ted Neeley and Carl Anderson).   However, with such a myriad of concepts jammed into one production, the actors are not allowed to fully realize their characters. 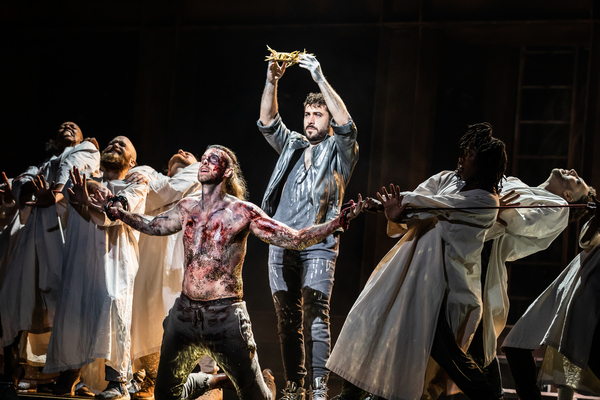 What the tour lacks in character development it makes up for in its musicality.  Music Supervisor Tom Deering has stayed true to the concept album while deftly subsequent additions that came from the stage and film version that followed. With Shawn Gough’s music director and an orchestra under the baton of John Miller, Webber’s score has never sounded better.

Jesus Christ Superstar is one of the most vocally difficult scores in the musical theatre lexicon. You can either sing it or you can’t.  There is no in between.  (Ted Neeley=Can, John Legend=Can’t).   The 50th Anniversary Cast individually are exquisite and collectively, other worldly.   As Jesus, Aaron LaVigne vocals are a force of nature bringing the house down with Gethsemane.  Jenna Rubah’s Mary is perfection and delivers the show’s hit song I Don’t Know How To Love Him with star power. 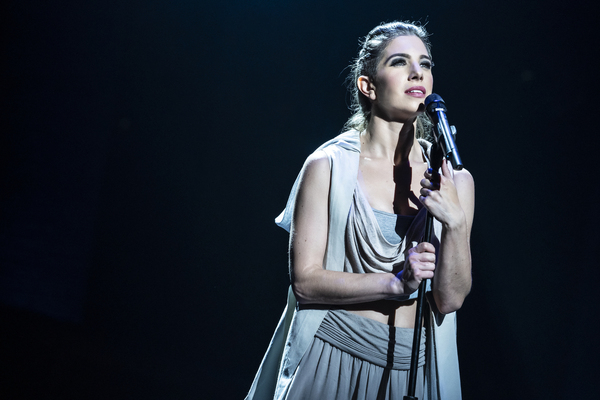 As Judas, Omar Lopez-Cepero takes this lead role to new heights and thankfully restores the original vocal octaves to his many songs.  Make no mistake, Judas is the lead character in Superstar as it is told from his perspective.  Any fan of the brown album will appreciate Lopez-Cepero’s taking the upper octave in both Everything’s Alright (sustaining the high B) and the reprise of I Don’t Know How To Love Him).

In more than 50 years since its creation, Jesus Christ Superstar has gone from being considered blasphemous to one the most beloved musical theatre works in the history of the genre.  The beauty of Superstar is that it is not religious in any aspect.  Rather, it is about institutions, power and how the public can be manipulated by star power.  Sound familiar?