Chicago icon DENISE McGOWAN TRACY talks about adapting her best selling holiday book Eleanor’s Very Merry Christmas Wish into a stage musical which is having its World Premiere at the Greenhouse Theater Center. We also discuss the ever changing landscape of Chicago entertainment and the phenomenal success of Monday Night Live at Petterino’s.

Denise McGowan Tracy (Creator/Playwright) A native Chicagoan, Denise McGowan Tracy has been a recognized face and force in Chicago’s entertainment community – both on-stage and behind the scenes – for 35+ years. She began her career managing and booking the talent for the storied Byfield’s nightclub, and is currently the creator and co-host, with Beckie Menzie, of the long-running impromptu musical showcase Monday Night Live at Petterino’s, which recently celebrated its 500th show.  McGowan Tracy served as Director of Entertainment for Navy Pier for a decade producing all public programming for millions of visitors and, as current founder of DMT Entertainment, her full-service entertainment production and event management company, she has produced events for clients including Landmarks Illinois, Lettuce Entertain You, The Sarah Siddons Society, and The ABA. With this production, she begins a new chapter in theater as creator, playwright, and producer. 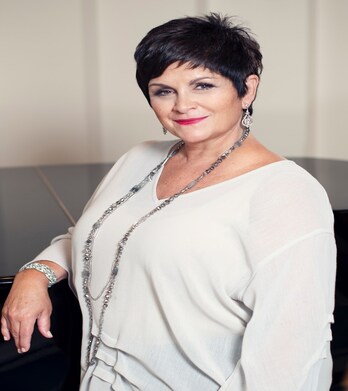 Eleanor’s Very Merry Christmas Wish – The Musical is based on the heartfelt book of the same name by Chicago creative powerhouse Denise McGowan Tracy and tells the story of a rag doll named Eleanor who lives in a magical world. Despite her love for her North Pole family, including Santa, Mrs. “Cookie” Claus, Clara Claus, and the elves – Twinkle, Sprinkle, and Sparkle, Eleanor’s very merry Christmas wish is for a best friend and home of her own. Realizing that wishing is not enough, she writes a letter to Santa expressing her wish. The letter opens the door to answering many questions and to the journey which leads to her wish (and others) coming true.