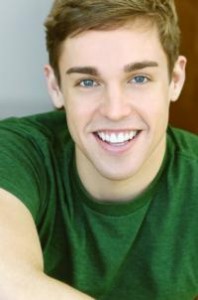 THE BOOK OF MORMON, winner of nine Tony Awards including Best Musical, will launch its Second National Tour next month in Chicago, with Nic Rouleau, direct from the Broadway company, starring in the role of Elder Price. Ben Platt will star opposite Rouleau as Elder Cunningham.

The Original Broadway Cast Recording for THE BOOK OF MORMON, winner of the 2011 Grammy Award for Best Musical Theater Album, is available on Ghostlight Records.Tickets are available at all Broadway In Chicago Box Offices (24 W. Randolph St., 151 W. Randolph St., 18 W. Monroe St. and 175 E. Chestnut), the Broadway In Chicago Ticket Kiosk at Water Tower Place (845 N. Michigan Ave.), the Broadway In Chicago Ticket Line at (800) 775?2000, all Ticketmaster retail locations (including Hot Tix and select Carson Pirie Scott, Coconuts and fye stores), and online at www.BroadwayInChicago.com. Prices range from $45 – $115. A select number of premium seats are also available. Groups of 15 or more can call (312) 977?1710 to purchase tickets. In addition, there are 20 tickets held for each performance that will be sold through a drawing two and a half hours prior to each performance. Details of this program will follow closer to performance dates.