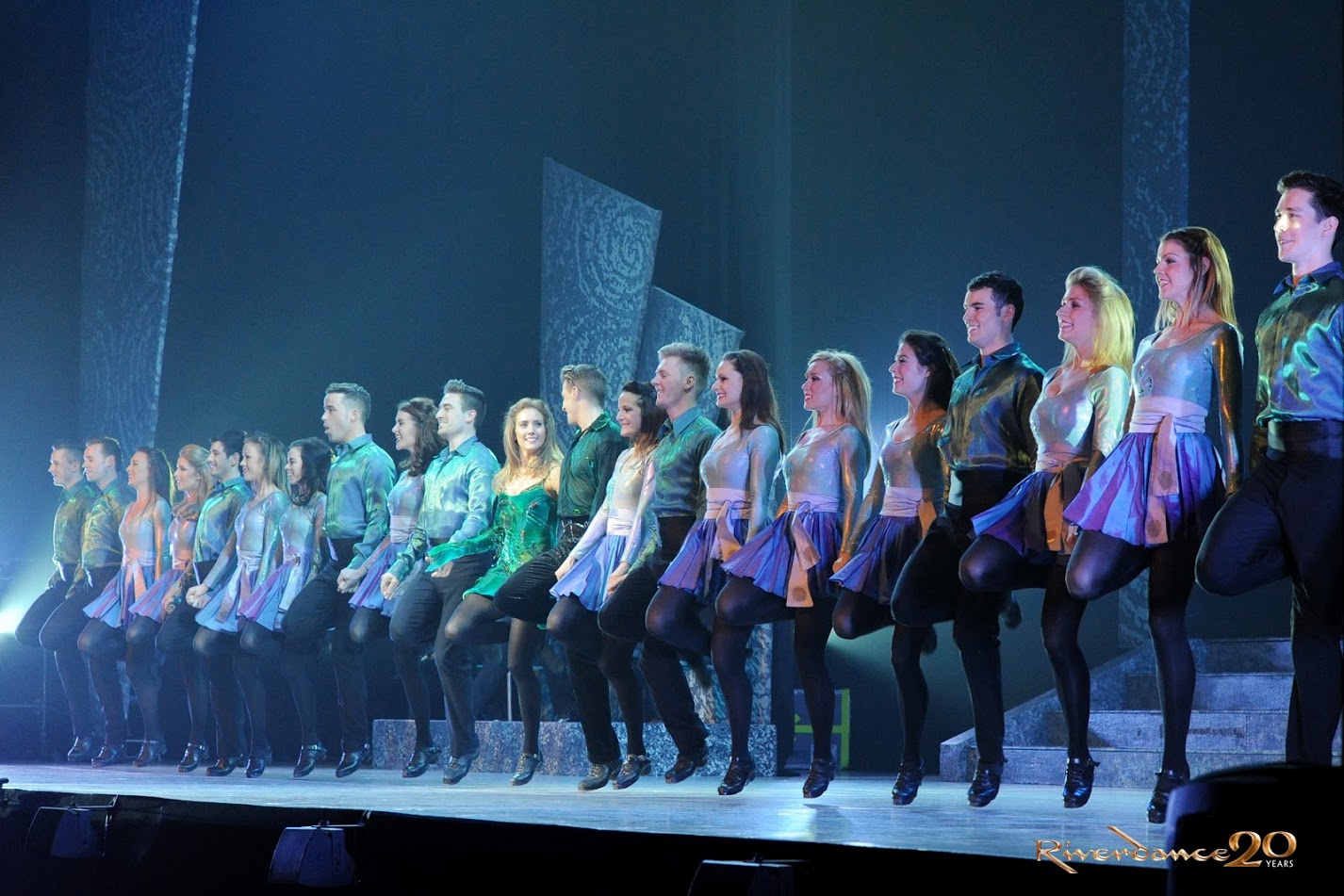 Riverdance – The 20th Anniversary World Tour, composed by Bill Whelan, produced by Moya Doherty and directed by John McColgan, is currently celebrating a sold out, critically acclaimed run across Europe and Asia and arrived in North America in fall 2015. To mark the eagerly awaited return of the show to North America, ending a four-year absence, Riverdance – The 20th Anniversary World Tour will feature new costumes, new lighting, new projections and the addition of a brand new number, “Anna Livia,” featuring the female members of the Irish dance troupe in an acapella hard-shoe number. For a complete list tour engagements and ticket information for the North American tour cities, please visit www.riverdance.com.

“The success of Riverdance across the whole world has gone beyond our wildest dreams,” said producer Moya Doherty. “The fact that the show continues to draw and excite audiences is a tribute to every dancer, singer, musician, staff and crew member who have dedicated themselves to the show. This 20th Anniversary Tour is a thank you to our audiences and a celebration of what has been an incredible journey across two decades.”

Riverdance – The 20th Anniversary World Tour is an innovative and exciting blend of dance, music and song. Drawing on Irish traditions, the combined talents of the performers propel Irish dancing and music into the present day, capturing the imagination of audiences across all ages and cultures. Riverdance – The 20th Anniversary World Tour has set design by Robert Ballagh, lighting design by John Comiskey, costume design by Joan Bergin and sound design by Michael O’Gorman.

For over 20 years, nothing has carried the energy, the sensuality and the spectacle of Riverdance. Riverdance began its journey as the interval act in the 1994 Eurovision Song Contest, produced for television by Moya Doherty. This electrifying and innovative seven minute dance piece was then developed into a full-length stage show by Producer Moya Doherty, Composer Bill Whelan and Director John McColgan. With its fusion of Irish and International music and dance, the show broke all box office records during its world première run in Dublin in early 1995. When the show transferred to London in June of that year, the reaction was unprecedented, with the original 10 performances being increased to 151 in subsequent months. There followed a hugely successful tour starting in New York in March 1996, where 8 sold-out shows at Radio City Music Hall heralded the start of 16 years of non-stop touring by Riverdance companies throughout North America. Since its inception Riverdance has packed theatres throughout North America, Oceania, Asia, Europe, South Africa and most recently South America.

“A Riverdance to Love! Exciting! Hypnotic! Thrilling!” – THE GLOBE AND MAIL

“The phenomenon rolls on!… There will always be a Riverdance!” – THE NEW YORK TIMES

“The show is quite simply incredible. A phenomenon of historic proportions.” – THE WASHINGTON TIMES

“The sort of spectacle and experience that comes along once in a lifetime.” – THE HOLLYWOOD REPORTER

“The original ….the best.” – THE IRISH TIMES

Group tickets for 10 or more are now on sale by calling Broadway In Chicago Group Sales at (312) 977-1710. Individual tickets for Riverdance – The 20th Anniversary World Tour will go on sale at a later date. For more information, please visit www.BroadwayInChicago.com or www.riverdance.com.