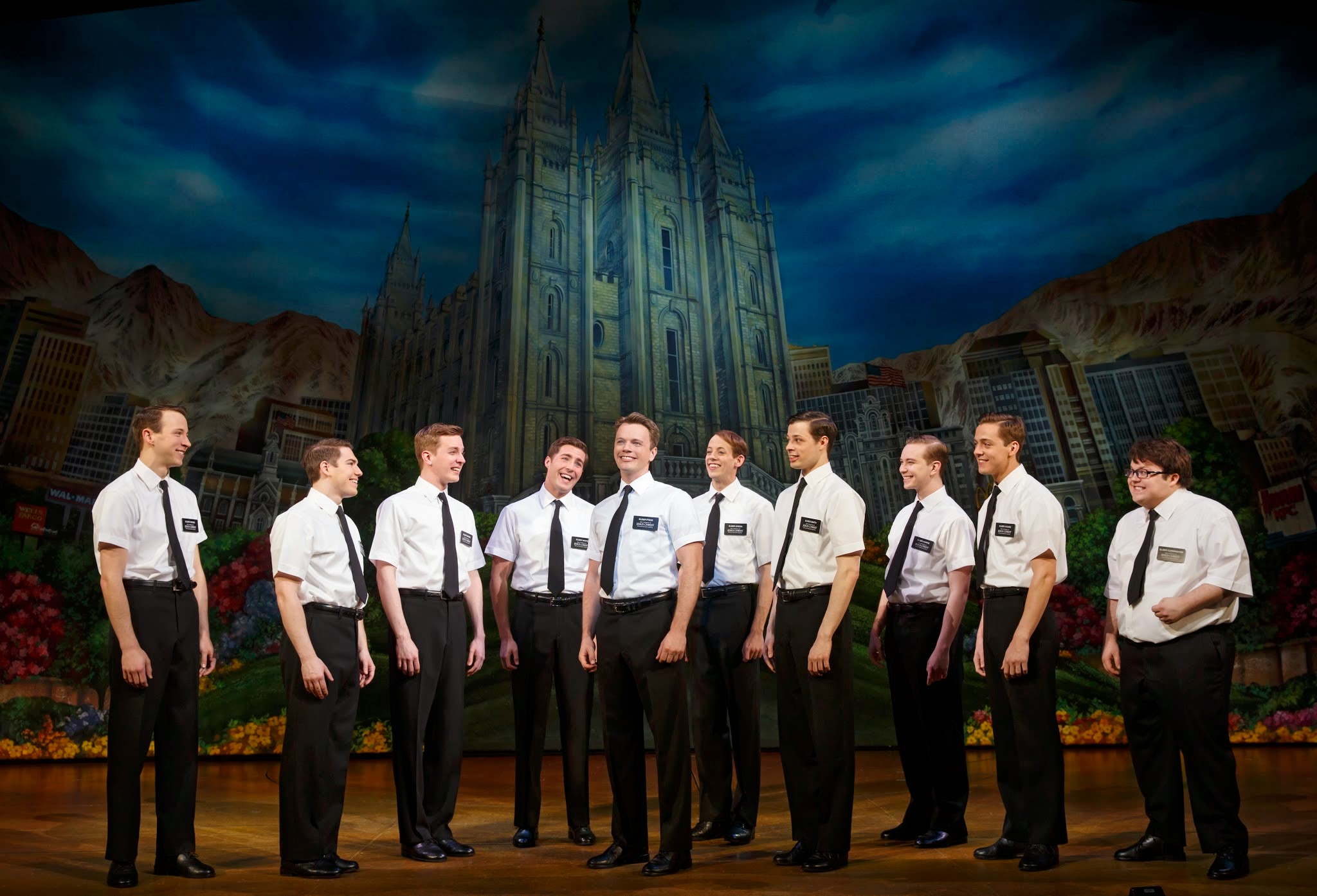 Back by popular demand, THE BOOK OF MORMON, which played a record breaking 43 week run in 2012-2013, returns to Chicago for a limited engagement February 24through May 17, 2015 at Broadway In Chicago’s Bank of America Theatre (18 W Monroe).  THE BOOK OF MORMON holds the record for the largest weekly gross in the history of the Bank of America Theatre and played to over 100% capacity during its 2012-2013 engagement.

THE BOOK OF MORMON features book, music and lyrics by Trey Parker, Robert Lopez and Matt Stone. Parker and Stone are the four-time Emmy Award-winning creators of the landmark animated series, “South Park.” Tony Award-winner Lopez is co-creator of the long-running hit musical comedy,Avenue Q.  The musical is choreographed by Tony Award-winner Casey Nicholaw (Monty Python’s Spamalot, The Drowsy Chaperone) and is directed by Nicholaw and Parker.