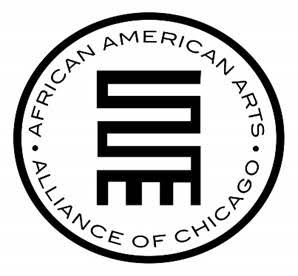 The Black Excellence Awards, a program produced by the African American Arts Alliance of Chicago, announces the 15th Annual Awards Ceremony, an elegant evening at the DuSable Museum, 740 E. 56th Place, on Monday, October 26, 2015. Dinner will begin at 6:00 p.m. and the awards ceremony will take place from 7:00 – 9:00 p.m. followed by a champagne reception. Tickets are available online for $37.50 or at the door for $40.00. Tickets for children 12 and under are $20.00. The Black Excellence Awards is the only interdisciplinary awards ceremony in Chicago that is dedicated to honoring and celebrating the African American Artists in the fields of theater, music, dance, film and visual arts.

The Black Excellence Awards will honor the most outstanding talent within the African American interdisciplinary arts community, including the presentation of the Lifetime Achievement Award to Melody Spann-Cooper, the Chairman of Midway Broadcasting Corporation, the parent company of WVON and WRLL Radio Stations in Chicago. As Chairman of Midway Broadcasting Corporation, she joined an elite list of America’s female broadcast owners after purchasing the company’s controlling interest in 1999.

Midway Broadcasting properties include WVON 1690AM, the oldest Black-oriented radio station in Chicago. With its urban talk format, the station is lauded as a leading source of information and community empowerment.  In 2007, Spann Cooper spearheaded the corporation’s expansion with the development of WRLL 1450AM, Chicago’s Home for Hispanic Independent Broadcasters. WRLL is committed to preserving the authentic voice and culture of Chicago’s growing Latino target market.

Spann-Cooper’s other professional affiliations include:  Commissioner of the Illinois Racing Board; Board Member of Chicago’s tourism board, Choose Chicago; Trustee of the Museum of Science & Industry; Member of the African-American Legacy of the Chicago Community Trust; The Executive Committee of the Business Leadership Council; Board Member of The National Association of Black Owned Broadcasters, and an advisory board member of the School of Communications at Loyola University of Chicago.Her accomplishments in broadcast media have been recognized by numerous organizations that have highlighted her achievements in leadership and business including Crain’s Chicago Business; The Chicago Sun-Times; The Minority Supplier Development Council, The Women’s Business Development Corporation; and The Community Media Workshop.

The Black Excellence Awards is one of the most anticipated events of the year and its purpose is to increase public awareness, interaction, communication and development of African American arts organizations and artists within the City of Chicago.  The African American Arts Alliance of Chicago is a not-for-profit professional service organization—which includes theaters, dance, music, literature, visual arts groups and individual artists—that strives to perpetuate a positive image of its membership and to enhance awareness of the strong economic and educational impact that the activities of the membership sustain within the City of Chicago.  While the award recipients are determined by the Black Excellence Committee, the African American Arts Alliance is the producer of The Black Excellence Awards.