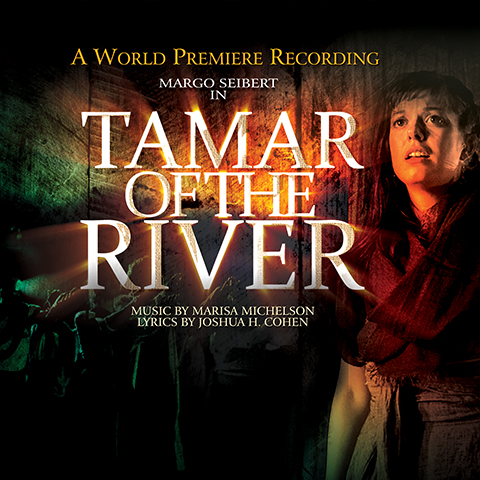 YELLOW SOUND LABEL will release the world premiere recording of the acclaimed new musical TAMAR OF THE RIVER on September 23, 2014. The album is currently available for pre-order atiTunes and Amazon.com. TAMAR OF THE RIVER features music by Marisa Michelson and lyrics by Joshua H. Cohen and was directed by Daniel Goldstein (Godspell), with choreography by Chase Brock (Spider-Man: Turn Off the Dark, Picnic). The show was nominated for two 2014 Drama Desk Awards,  including “Outstanding Actress in a Musical” for Margo Seibert, who made her Broadway debut last season as Adrian in Rocky. TheTAMAR OF THE RIVER cast recording was produced by Michael Croiter (Matilda, Big Fish, Heathers). Pre-order the album at www.yellowsoundlabel.com.

When TAMAR OF THE RIVER was originally presented by The Prospect Theater Company in the fall of 2013, it was called “a thrilling piece of theater” by Times Square Chronicles and “a phenomenal effort of beauty” fromTheater Is Easy. According to TheaterMania.com, “Michelson’s challenging and tonally complex music is some of the most unique and beautiful I’ve heard in musical theater.”

TAMAR OF THE RIVER is an allegory about the ferocity of love and the potency of belief.  It’s about fear driving people to contradict themselves and act in opposition to their own wishes.  In this war-torn world, where the East and West are divided by a River red with blood, one young woman is called to raise her voice.  As Tamar sets out single-mindedly in pursuit of peace, each decision that brings her closer to her goal also brings unanticipated, sometimes tragic consequences. Inspired by the Biblical story of Tamar and Judah, Cohen and Michelson bring to life a tale that illuminates moral challenges through a score influenced by Middle Eastern, Jewish, Asian music and pre-Western chanting.

With the release of TAMAR OF THE RIVER, Yellow Sound Label continues its commitment of bringing high quality, cutting edge material to listeners. For more information, please visit www.YellowSoundLabel.com.

JOSHUA H. COHEN (Lyricist and Co-Bookwriter) has received honors including a Jonathan Larson Grant (with Marisa Michelson), the Anna Zornio Children’s Theatre Playwriting Award for his lyrics to Keep On Walkin’, the Chameleon Theatre Circle New Play Award for the musical Ordinary Island (music and lyrics), and a MAC Award nomination for his cult cabaret hit “The Sacrifice of Love” (a.k.a. the waxing song). Libra Theater Company’s production of his play The Thirteenth Commandment was nominated for seven NYIT Awards including Outstanding Premiere Production of a Play. Upcoming projects include an extended workshop of his play Sam I Am with Active Theater Company. Member, Dramatists Guild; 2008-10 Fellow, American Lyric Theatre’s Composer-Librettist Development Program; August 2012 CAP21 Writers Residency. BA: Amherst College, MFA: NYU-GMTWP.