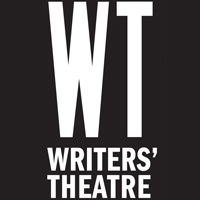 Writers’ Theatre Artistic Director Michael Halberstam and Executive Director Kathryn M. Lipuma announce the 2013/14 Season.  The work next year includes multiple premiere productions that not only exemplify Writers’ dedication to the Word and the Artist, but celebrate the diversity of the theatrical experience.

At Tudor Court (325 Tudor Court), Writers’ will stage the Midwest premiere of The Old Man and the Old Moon, a new play with music by PigPen Theatre Co., directed by Associate Artistic Director Stuart Carden and PigPen Theatre Co.; Henrik Ibsen’s Hedda Gabler, directed by Kimberly Senior and featuring Kate Fry in the title role; and the world premiere musical Days Like Today, inspired by the plays of Charles L. Mee, with music and lyrics by Alan Schmuckler, book by Laura Eason, directed by Artistic Director Michael Halberstam, with musical direction by Doug Peck and choreography by Tommy Rapley.

At Books on Vernon (664 Vernon Ave.), the Theatre will feature two works by playwright Conor McPherson (The Seafarer, Shining City, Dublin Carol)—the moving and lyrical Port Authority (Midwest premiere) and McPherson’s fiendishly funny adaptation of August Strindberg’s The Dance of Death (American Premiere).  This is a rare opportunity for subscription audiences to see two extraordinary and strikingly diverse works by McPherson—one of the most celebrated playwrights working today.

“As we continue to move forward with the planning of our splendid new Jeanne Gang designed performing arts center, our 2013/14 season represents a strong foundation in our past and traditions and an important step towards our future.” says Artistic Director Michael Halberstam. “In this season full of innovation, we have a remarkable opportunity to develop a fresh chapter in our literary development initiative through collaboration with PigPen Theatre Co., we explore the work of Ibsen for the first time as we stage Hedda Gabler, and build our first new musical since A Minister’s Wife in the world premiere of Days Like Today with book by Laura Eason and music and lyrics by Alan Schmuckler. We’re thrilled to have the opportunity to dedicate our Books on Vernon season to one of the most intriguing and heart-achingly poetic playwrights working today, Conor McPherson.  It’s going to be a remarkable conversation between our past and our future; filled with surprises and new perspectives and yet deeply rooted in an indelible homage to the Word and the Artist.”

From its very first year, Writers’ has brought quality and excellence to the stage while maintaining the company’s hallmark intimacy.  The last 21 years have been marked by unprecedented growth in both the artistic and business arenas and have garnered national recognition.  With a reputation for consistent artistic excellence, and with strong ties to the community, Writers’ Theatre has built an award-winning repertoire and serves as a vital and highly-regarded company in the Chicagoland theatre community.

Writers’ Theatre performs in two performance spaces in Glencoe – its 50-seat venue at Books on Vernon, 664 Vernon Ave, and its 108-seat theatre at 325 Tudor Court in the Woman’s Library Club.  Subscriptions and Memberships are available at the Box Office,    376 Park Avenue, Glencoe, 847-242-6000 and www.writerstheatre.org.

THE OLD MAN AND THE OLD MOON

A New Play With Music

The Old Man and the Old Moon creates an epic new mythology, centered on a man whose job is to collect spilled light to refill the leaking moon.  When his wife unexpectedly leaves home in pursuit of much-needed adventure, he abandons his post to follow her, throwing the world into chaos as he searches for his lost love, his fading memory and, ultimately, himself.

A blend of resonant storytelling, spirited indie-folk music and inventive puppetry creates a theatrical experience that will win audiences over with its wit, style and depth of emotion.

Writers’ Theatre is thrilled to collaborate with the young men of PigPen Theatre Co., who bring the story of The Old Man and the Old Moon to such brilliant, vibrant life that its New York production earned a coveted spot on multiple “Best of the Year” lists.

The Old Man and The Old Moon premiered in New York City, at the Gym at Judson and was produced by: Britt Lafield/BKL Productions, SoHo Playhouse, Inc., Aaron Glick, Ronnie Planalp/Deborah Taylor, and The PigPen Company.

A young man escapes his parents’ house to share digs with two alcohol-soaked friends and a mesmerizing young woman; a middle-aged laborer lands a dream job that he’s not remotely qualified for; and a widower receives a mysterious package that touches a hidden part of his memory.

The lightly interlocking stories of these three men at three different stages of life weave together a tale that is both spirited and moving in its portrait of ordinary lives.

Directed by Writers’ Theatre favorite William Brown (A Little Night Music, Heartbreak House), Port Authority revels in the rough lyricism of McPherson’s language and the poignancy of these stories of lost love, big dreams and the consequences of even our smallest choices.

Fresh on the heels of last season’s critically-acclaimed production of Hamlet—one of the most nuanced men in dramatic literature—comes one of the most complex and fascinating female characters: Hedda Gabler.

Equal parts idealistic heroine and callous antagonist; victim of circumstance and master manipulator, Hedda finds herself trapped by society in a world that does not fit her.  To survive, she sets in motion an array of schemes, sowing seeds of calculated destruction in an attempt to make an impact on her husband, friends and lovers.  The result is a journey of impulse and emotion that is both achingly desperate and wildly passionate.

Actor Kate Fry and Director Kimberly Senior, collaborators on last season’s hit drama, The Letters, bring their shared passion to this master work, offering audiences the unique opportunity to get up close and personal with one of the most extraordinary and seductive characters in the dramatic canon.

The American Premiere of

THE DANCE OF DEATH

In a new version by Conor McPherson

As their 25th anniversary approaches, military captain Edgar and his wife, Alice, face off in a fierce battle of wills.  Their sparring proves both harrowing and hilarious, amplified by the voice of celebrated playwright Conor McPherson (The Seafarer, Shining City, Dublin Carol).  His adaptation brings lyricism and ferocity to the story of the tyrannical captain and his manipulative wife, and the “innocent” Kurt who stumbles into their midst and quickly finds himself ensnared in the couple’s wicked game.

In the intimate confines of the Writers’ bookstore space, this Dance will leave audiences gasping at every barbed word and sly seduction.

The World Premiere of

Inspired by the plays of Charles L. Mee

Music and Lyrics by Alan Schmuckler

Lovely, hopeful Tessa has vowed that she is through with love—despite the best efforts and conflicting advice of her parents (and their respective lovers).  After all, it’s never easy to move on before you’ve had time to heal.  But when a handsome young stranger arrives, Tessa must decide whether the idea of love might still be one worth fighting for.

With soaring melodies and lyrics that are by turns witty, wry and heartbreakingly poignant, the musical explores what it takes to sustain a relationship in a

world where love sometimes seems impossible—and how the first step in finding happiness might be getting out of your own way.

Artistic Director Michael Halberstam guides this thrilling new work of musical theatre by composer/lyricist Alan Schmuckler (We Three Lizas, The Emperor’s New Clothes, How Can You Run with a Shell on Your Back?) and playwright Laura Eason (Sex with Strangers, Ethan Frome, Around the World in 80 Days).Subscriptions

Writers’ Theatre season ticket packages provide a convenient theatergoing experience and guarantee access to all of Writers’ highly-anticipated productions throughout the season.  Four and five play Subscription packages are available, ranging in price from $195 – $275.  A five play membership provides ultimate flexibility for $250.

Subscribers and Members receive exclusive benefits including free ticket exchanges by phone, mail and fax, show reminders by email before each scheduled performance, a one-year subscription to The Brief Chronicle newsmagazine and more.  For a complete list of benefits visit writerstheatre.org.

Subscriptions and Memberships are available at the Box Office, 376 Park Avenue, Glencoe, 847-242-6000 and writerstheatre.org.

From Page to Stage

Writers’ Theatre and select NorthShore libraries present the eighth annual From Page to Stage program. This comprehensive series of special events, lectures, readings and film viewings are designed to enhance and enrich the audience experience of one of the plays during each Writers’ Theatre Season.  All events are FREE of charge and open to the public.  Further information about this program, including dates and program titles, will be announced in the coming months.

Writers’ Theatre will once again host its popular Making Of… series.  For each production, Writers’ Theatre offers insight into a different aspect of creating the productions seen on our stages.  Enjoy refreshments during a short and lively presentation by designers and other experts, who walk through the process of preparing for and executing a show.  Making Of… events are FREE and open to the public.  For dates and more information, go to writerstheatre.org/enrichment.

Over the past twenty seasons, Writers’ Theatre has become a major Chicagoland cultural destination with a national reputation for excellence. Under the artistic leadership of Michael Halberstam and the executive leadership of Kathryn M. Lipuma, Writers’ Theatre has been deemed the “best drama company in the nation” by the Wall Street Journal and achieved twenty years of surplus operations. The company, which plays to a sold-out and discerning audience of 35,000 patrons each season, has garnered critical praise for the consistent high quality and intimacy of its artistry. Prized for the finest interpretations of classic and contemporary theatre in its two intensely intimate venues, Writers’ Theatre’s acclaimed work includes Artistic Director Michael Halberstam’s world premiere in Glencoe and subsequent production of A Minister’s Wife at Lincoln Center Theater; David Cromer’s productions of A Streetcar Named Desire and Picnic; and the commissioning, world premiere and New York premiere of Crime and Punishment, which has received more than 30 subsequent regional theater productions.

Writers’ premiere works have moved on to Playwrights Horizons, Lincoln Center Theatre, 59E59 Theatre in New York and across the nation at regional theatres in nearly every major city.

In July, 2011, Writers’ Theatre announced the hiring of the award-winning, internationally renowned Studio Gang Architects, led by principle Jeanne Gang, FAIA to design a new home for the Theatre in downtown Glencoe which will once again allow the Theatre to grow to accommodate its audience, while maintaining its trademark intimacy. The new facility will resonate with and complement the Theatre’s neighboring Glencoe community and will add tremendous value to Chicagoland and the NorthShore as a premier cultural destination.