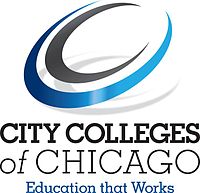 Chicago Residents of Chicago’s Northwest Side do not have to head downtown to enjoy classical music this holiday season. The Northwest Chicago Symphony Orchestra (NCSO), which brings together talented community members, faculty and student performers from City Colleges of Chicago’s Wilbur Wright campus and professionals, will hold its second performance of the season this Sunday, December 2nd in the Wright College Theater, 4300 N. Narragansett Avenue, at 3 PM.

The holiday performance features Evan Boyer, a third-year artist with the Ryan Opera Center at Lyric Opera of Chicago. Boyer will perform favorites such as Some Enchanted Evening and O, Man River, as well as the very dramatic Ella Giammai for Verdi’s Don Carlo. Among seasonal songs and carols, Boyer will sing O Holy Night, Navidad: Canto de Entrada and White Christmas.

“We are excited to celebrate the holiday season with this amazing orchestra, which gives community members access to stunning classical performances and offers students opportunities to work with well-respected musicians like Evan Boyer,” says Jim Palos, president of Wright College.

The program will open with Bizet’s dramatic L’Arlesienne Suite and include such familiar pieces as the beautifully scored Christmas Medley by Arthur Harris and an old favorite, Sleigh Ride. Less known but very exciting is the Voughan-Williams Suite for Viola and Small Orchestra with its sounds of a merry English Christmas, featuring Olena Hirna in the solo role.

Boyer’s rich and robust bass voice, heard in this season’s production of Simon Boccanegra at the Lyric Opera, will be showcased in a mix of operatic and seasonal pieces. This season, Boyer will complete his tenure at the Ryan Opera Center where he will be heard in productions of Simon Boccanegra, “Die Meistersinger von Nürnberg, La bohème, and Rigoletto. After his time at the Ryan Opera Center, he will make his debut with the Canadian Opera Company as First Soldier in Salome.

Founded in 1979, in response to Wright College students who were seeking an opportunity to perform within their community, the orchestra has grown to become a high quality and affordable musical destination for local residents—from both Chicago’s Northwest Side and the neighboring Northwestern suburbs. Michael Holian, founder and conductor, is former department chair and professor emeritus of music at Wright College and a seasoned musician with years of experience performing in community and professional orchestras.

Tickets are $12 general admission, $6 for seniors and non-Wright students, and free to Wright Students and faculty. For more information about the performance, or for a full schedule of the Northwest Chicago Symphony Orchestra’s performances, go to www.nwcso.org
or call 773/481-8863.

About City Colleges of Chicago

The City Colleges of Chicago (CCC) is the largest community college system in Illinois and one of the largest in the nation, serving 120,000 students annually at seven campuses and six satellite sites city-wide. The City Colleges of Chicago is in the midst of a Reinvention, a collaborative effort to review and revise CCC programs and practices to ensure students leave CCC college-ready, career-ready and prepared to pursue their life’s goals.