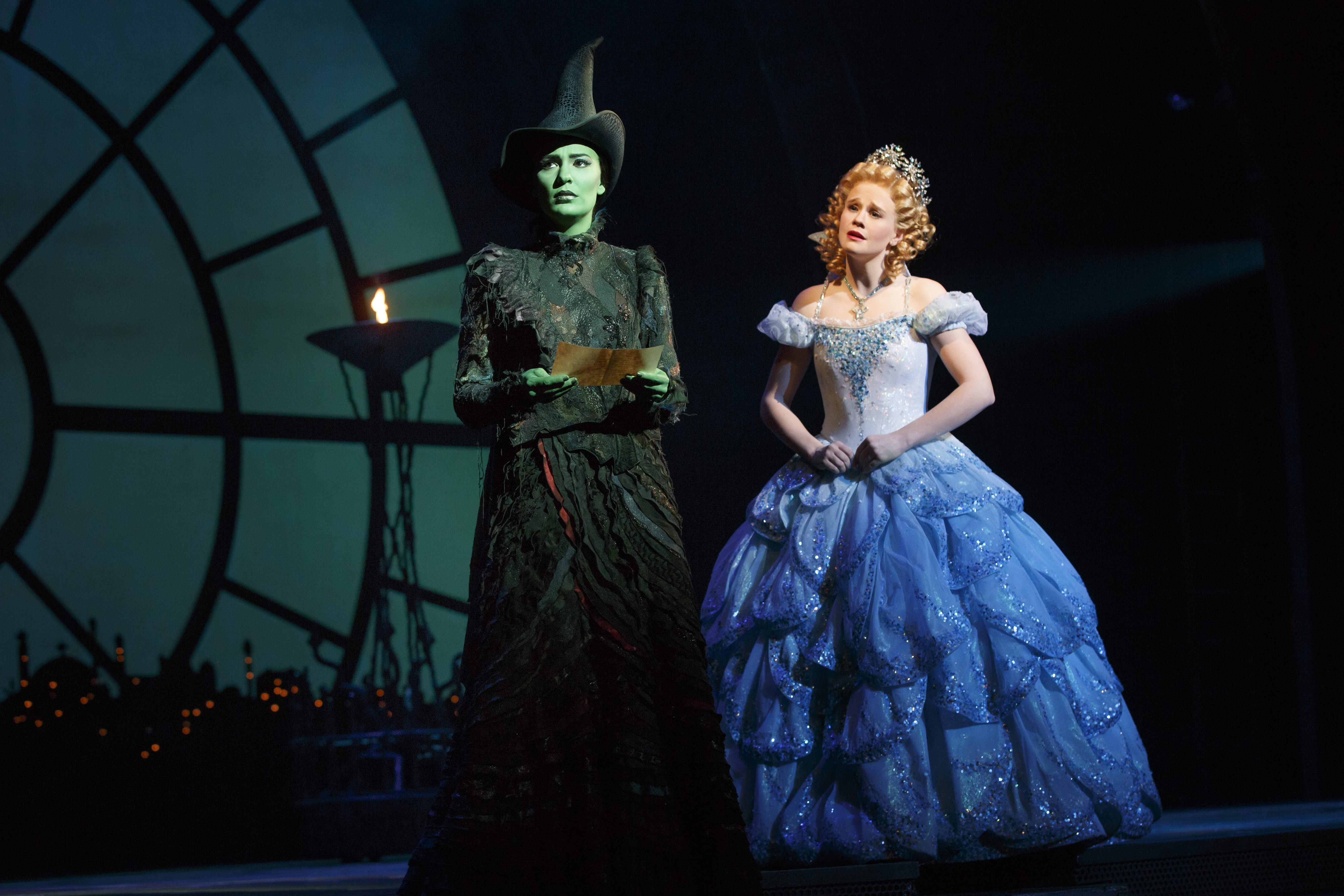 Highly Recommended
Reviewed by: Matthew Perta
Are we born evil, or is evil thrust upon us?
That is the question thrust upon us by the musical Wicked, touted as “The Best Musical of the Decade” by Entertainment Weekly. Wicked recently opened at the Marcus Center for the Performing Arts in downtown Milwaukee for an extended engagement running now through Nov. 15.
Long before Dorothy from Kansas dropped into the Land of Oz courtesy of a tornado, two other girls – poles apart in looks and personality – took the town by storm. There is the smart, feisty and misunderstood Elphaba, born with emerald-green skin, and there is Glinda, both popular and ambitious, and a stunning beauty. These two unlikely friends embark on an extraordinary journey that results in Elphaba becoming Wicked Witch of the West and Glinda turning into Glinda the Good. And so goes the musical Wicked.
Wicked comes to life with lively production numbers, colorful sets and costumes, a high-energy cast and dazzling special effects. It’s amazing theater. And, I’m happy to report, the special effects, albeit fantastic, don’t overpower the human talent on stage – namely Alyssa Fox as Elphaba and Carrie St. Louis as Glinda. Brilliantly believable,Wicked is their baby, no doubt about it. Fox and St. Louis took their curtain call jointly. During a well-deserved standing ovation, the two actresses hugged – long and hard, which shows they’ve developed an affinity for one another long after the curtain comes down, and that their respective characters are never far from their hearts.
It’s a safe bet to assume all lovers of pop culture have seen the movie classic The Wizard of Oz, probably more than once. After having seen Wicked it will be harder to watch the Wicked Witch of the West, as portrayed in the film, with the same mindset as in the past. Sure, she was mean to keep Dorothy and her dog Toto captive, and to throw a fireball at Scarecrow, but thanks to Wicked we can understand the root of her evil nature. Gregory Maguire, author of the best-selling 1995 novel Wicked, conceives Elphaba as a woman frustrated with life as is – she is someone wanting things to be better. We learn early in the musical Elphaba loves animals and wants to free them from their cages; she blames herself for the deformed legs of her wheelchair bound sister, Nessarose, and she savors true love with a man named Fiyero.
The musical Wicked, underneath its technical wizardry and razzle-dazzle, reminds us of the importance of learning to accept one another, despite our differences.
Tickets for Wicked can be purchased at the Marcus Center Box Office in downtown Milwaukee, located at 929 N. Water St., or by phone at (414) 273-7206 or online at Ticketmaster.com or MarcusCenter.org.