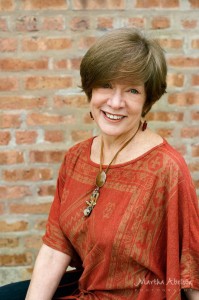 Short Story Theatre presents an evening of storytelling at 7:00 p.m., Wednesday, June 25, at Cellar Gate Wine Bar, 524 Sheridan Road in Highwood.  Founded in 2012 by Rick Leslie and Susan Block, both of Highland Park, and Donna Lubow of Riverwoods, the troupe consists of more than a dozen storytellers, mostly writers and performers telling true-life stories that can make you laugh or touch your heart.

Four storytellers are slated to present their stories, which are approximately 10 minutes long with short breaks in-between so audience members can drink wine and snack on Cellar Gate’s delectables and tell their own stories to their table mates.

Judy Markey of Highland Park takes us from her French class at Beverly Hills High to Italy and on to France in her story “La Vie en Purple.”

David Edler of Vernon Hills travels from baseball to the Milwaukee Rep to playwright Larry Shue as he shares his story “Grounding Out to Third.”

Peggy Lewis of Lincolnshire ruminates about life moving so fast and how she tries to slow it down in “Stuck in Cement.”

Rebecca Adler of Gurnee tells us a poignant tale of neglected cats and equally neglected children in “Kidnapping Crystal.”

Storytelling tickets are $10, and Cellar Gate charges a two-drink or one-drink/one appetizer minimum ($18).  Seating is limited to about 60 people if outdoors on the patio or 40 indoors in the cozy bar area. For more information and for guidelines on how to submit a story for consideration, check out the troupe’s website at www.shortstorytheatre.com.  To reserve a seat, call Cellar Gate at 847-748-8086 or email cellargate@gmail.com.

David Edler has an MFA from the Professional Actor Training Program at Ohio University.  He has worked at the Milwaukee Rep and the Hyde Park (NY) Shakespeare Festival. David has acted in off-loop productions of As You Like It, Working, The Fantasticks, and The 1940’s Radio Hour, and has directed Jaques Brel is Alive and Well and Living in Paris and Larry Shue’s one-act Grandma Duck is Dead.  David comes from a family of educators (his father was a high school drama teacher), yet has found his career as a Business Development Director in the vision care industry.

Peggy Lewis is a graduate of Northwestern University with a major in Theatre Education. After graduation, she worked in television production in New York. In the early 80’s, she started a children’s theatre program at the Buffalo Grove Park District.  After moving to Deerfield 30 years ago, Peggy worked in residential real estate. She is thrilled to be writing and performing again!

Judy Markey spent 20 years co-hosting WGN Radio’s “Kathy and Judy Show” and she’s back on the air again on Saturdays. The show won both state and national awards. She has published two novels, and two collections of her nationally syndicated Sun-Times columns. She is a born talker, a born writer, and a born lover of story-telling, but… she’s still scared of screwing up.