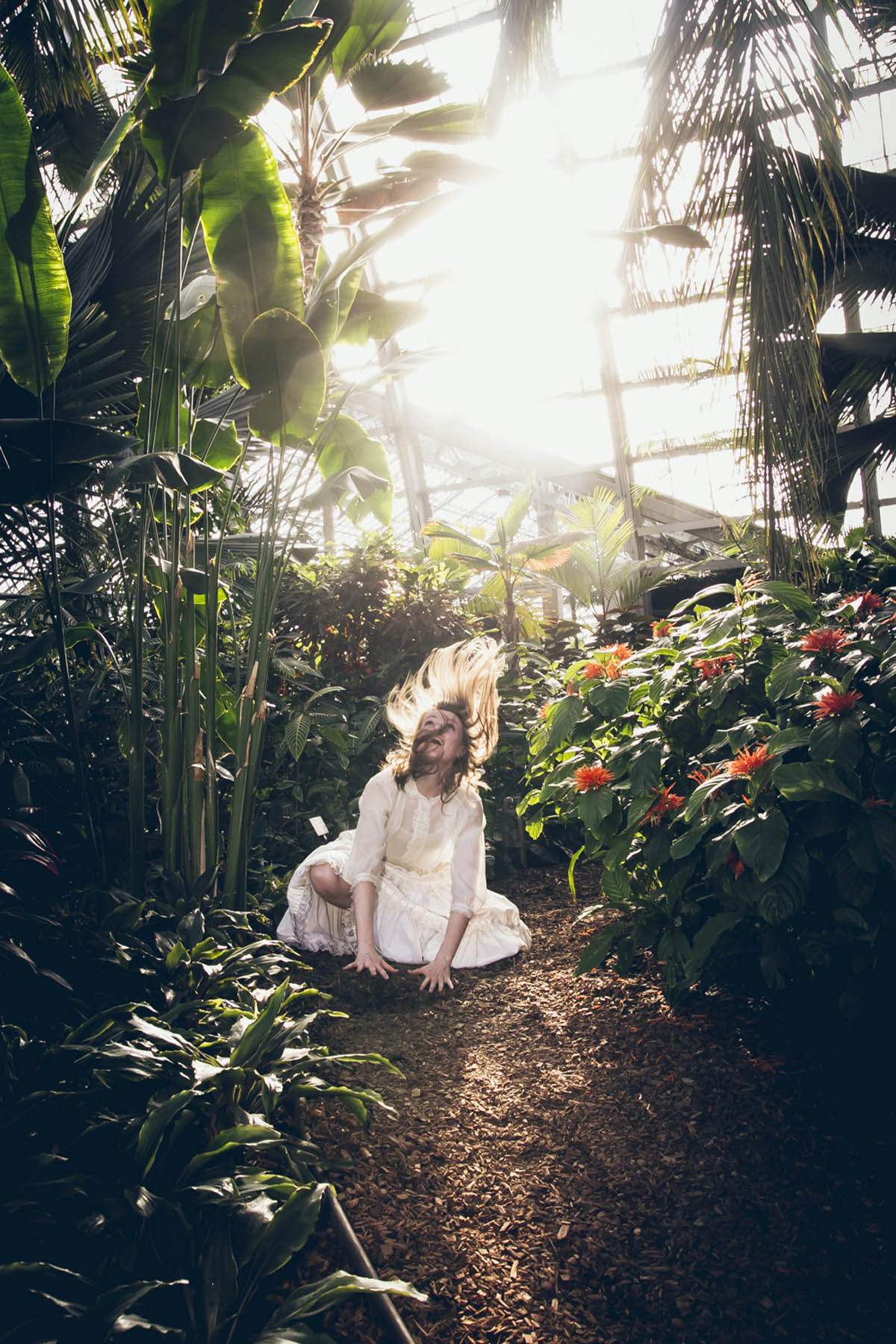 Walkabout Theater Company, in association with the Chicago Department of Cultural Affairs and Special Events, is pleased to present THE CURE, a new ensemble-devised work exploring our relationship with disease, resilience and our pursuit of immortality. Commissioned text by Emma Stanton is fused with interwoven narratives of movement, music, group choreography and funerary rites that investigate the fatigue of hope in the face of profound grief. Directed by Co-Artistic Director Kendra Miller with movement by Co-Artistic Director Thom Pasculli, THE CURE will play June 1 – 18, 2016 at The Sidney R. Yates Gallery at the Chicago Cultural Center, 78 E. Washington St. in Chicago. All performances are free to the public.

A decaying greenhouse beckons from the banks of a mighty river. A group of doctors, patients and figures from mythology are pulled from different moments in history into the shelter of its glass walls by a common search – they are all seeking a cure for their condition, something that will transcend certain fate and immobilize death. In this magical purgatory, haunted by mythic figures, snake-oil salesmen and angels, time is frozen and a bargain can be struck. The seekers must confront their own desire to stay stuck. How can we risk hope when a cure is nowhere to be found? What do we sacrifice when we fight to keep things the same? How much loss must we endure?

Following the ancient rhythms of Greek and Hindu mythology, set to a Viennese Waltz and pulling from the canon of 1980’s heartbreak power ballads, and spinning through original movement and dance inspired by the orbit of the planetary realms and the laws from Kepler and Newton, THE CURE looks at how we plant the seeds of hope in an uncertain future and where we can find the strength to continue searching for a cure.

The Sidney R. Yates Gallery at the Chicago Cultural Center was originally the library’s main reading room and was named for Illinois Congressman Sidney R. Yates (1909-2000), advocate for the arts.

Kendra Miller (Director) is a producer, director, dramaturg, and performing artist in Chicago. She has been the Co-Artistic Director of Walkabout Theater since 2013, and began training with the ensemble in 2012. Past highlights for Walkabout include performing in The Wild at the Bharat Rang Mahotsav Festival in Delhi, costume designing Beach Party at the End of the World, and dramaturging the original production of The Wild at the Steppenwolf Garage Theater. Other past projects include performing and co-creating Core of the PUDEL at Trap Door Theatre, directing Partners for LiveWire Theatre, and producing the inaugural Great Chicago Fire Festival for Redmoon Theater. Kendra can be found performing at the weekly cabaret Salonathon at Beauty Bar. Currently Kendra works at The Second City in Chicago as the Administrative Director of Theatricals.

Thom Pasculli (Movement Director) is the Co-Artistic director of Walkabout Theater and specializes in developing physical and laboratory theater, actor training and exchange. Past projects include creating a performance tour and international symposium in South Africa, an intensive street performance program for high school students in Colorado, and most recently a festival of innovative new works-in-progress for theater professionals at Dartmouth College called VoxFest. In Chicago Thom has directed The Wild, Beach Party at the End of the World and Thine (Walkabout Theater), Core of the PUDEL (Trap Door) and Circle-Machine (Oracle Productions). Currently Thom teaches movement at the University of Illinois at Chicago, Columbia College, and DePaul University.

Emma Stanton (Commissioned Text) is a Chicago and New York theater artist, with an interest in documentary and site-specific theater. She has worked with companies including Redmoon Theater, American Theater Company, About Face Theatre, Double Edge Theater, Steppenwolf Theatre Company, Oracle Theater, 600 Highwaymen, En Garde Arts Theater and Walkabout Theater Company, of which she is Associate Artistic Director. She was a recipient of a Civics and Arts Foundation Playwriting Award for Emerging Artists in Chicago and most recently, her play Bojko and The Glacier was a semi-finalist for a Princess Grace Award. Currently, Emma is working on a commission by Bosnian artist Sejla Kameric, teaching a documentary theater class at Wadleigh High School for the Performing Visual Arts in Harlem, and in April 2016, her play No Candy (directed by Devon de Mayo) will be presented at The Signature Theater in New York as part of Columbia University’s graduate playwright thesis festival. Her mentors for her thesis are David Henry Hwang and Caridad Svich. BA: Boston College; MFA: Columbia University, 2016. www.emmadalbeystanton.com

Since 1999, Walkabout Theater Company (Thom Pasculli, Kendra Miller, Co-Artistic Directors; Emma Stanton, Associate Artistic Director) has performed and produced arresting theatrical events and new site-specific and experimental work in Chicago, challenging traditional theatrical models of production, performance, narrative and story. Through active exploration of the theatrical form and the architecture in which theater is created, Walkabout seeks to deepen the connection between the artist and the Chicago community. The ensemble is comprised of ten multidisciplinary artists that live and work in Chicago. Recent highlights include The Wild, a provocative deconstruction of Dionysian rituals with text from playwright Charles L. Mee, performed at the Steppenwolf Garage Rep, Physical Festival Chicago, and the Bharat Rang Mahotsav Festival in Delhi, India; Beach Party at the End of the World, a guerrilla dance spectacle that appeared on eight different Chicago beaches between Edgewater and Hyde Park; and STORM an international collaboration with the Moon Fool collective at Links Hall.