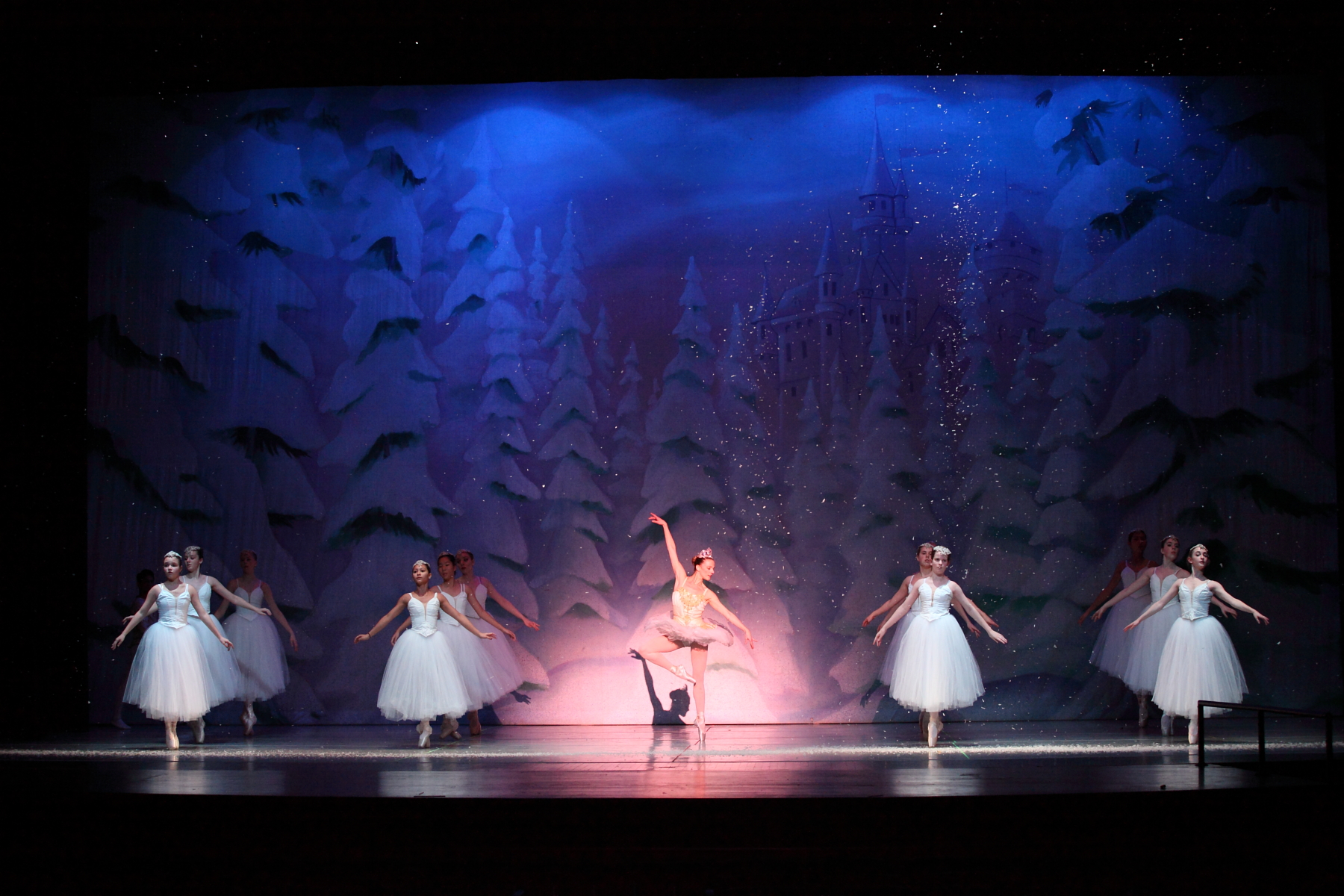 Von Heidecke’s Chicago Festival Ballet (CFB) marks its 25th anniversary production of “The Nutcracker” with four performances at the McAninch Arts Center (MAC), located at 425 Fawell Blvd., Saturday, Dec. 20 at 2 and 7 p.m., and Sunday, Dec. 21 at 1 and 5 p.m. New Philharmonic Orchestra, under the baton of Maestro Kirk Muspratt, will Tchaikovsky’s classic “Nutcracker” score live for this production marked by dazzling sets and costumes and spectacular dancing.

“The MAC performances are especially important for us this landmark year, because the MAC was the site of our very first production of ‘The Nutcracker’ a quarter century ago,” says Kenneth von Heidecke, choreographer for the production and founder and artistic director of Von Heidecke’s Chicago Festival Ballet.

“The Nutcracker,” featuring the exquisite music by Pyotr Ilyich Tchaikovsky, is a classic holiday fairy tale ballet in two acts. As a family’s Christmas Eve party ends, a dream takes the young daughter Clara to a magical world where she meets the Sugar Plum Fairy, the Snow Queen, dancing snowflakes and many other enchanting characters.

Tickets for “The Nutcracker” are $43 Adults; $41 for seniors; $32 for youth ages 18 and under. There will also be a free MAC Chat prior to both evening performances. For tickets or more information visit AtTheMAC.org or call630.942.4000.

Von Heidecke’s Chicago Festival Ballet, under the artistic direction of Ken Von Heidecke, produces a repertoire of classical, romantic, and neoclassical works focusing upon the great musical compositions of the 19th and 20th century masters. Von Heidecke opened The Von Heidecke Dance Center in 1991 in Naperville, Ill. as a training center for young dancers to learn the art of classical ballet. More than two dozen of Von Heidecke’s students have gone on to professional careers in the U.S. and Europe.

CFB is a nonprofit 501(c)(3) organization and has been awarded a grant from the IAC and NIB and continues to receive annual funding. For more information about Chicago Festival Ballet and The Von Heidecke Dance Center visit www.chicagofestivalballet.com.

New Philharmonic is a fully professional, orchestra that has inspired classical music enthusiasts in Chicago and the suburbs for three decades. Under the direction of Conductor and Music Director Kirk Muspratt, named a 2006 Chicagoan of the Year by the Chicago Tribune, the group gives innovative treatment to both classic compositions and modern works and strives to make the music accessible to new audiences and youth through a variety of educational efforts. New Philharmonic, in residence at Glen Ellyn’s McAninch Arts Center, performs a complete season annually.

McAninch Arts Center (MAC) at College of DuPage is located 25 miles west of Chicago near I-88 and I-355,  and houses three performance spaces (the 780-seat proscenium Belushi Performance Hall; the 186-seat soft-thrust Playhouse Theatre; and the versatile black box Studio Theatre), plus the Cleve Carney Art Gallery, classrooms for the college’s academic programming and the Lakeside Pavilion. The MAC has presented theater, music, dance and visual art to more than 1.5 million people since its opening in 1986 and typically welcomes more than 75,000 patrons from the greater Chicago area to more than 230 performances each season.

The mission of the MAC is to foster enlightened educational and performance opportunities, which encourage artistic expression, establish a lasting relationship between people and art, and enrich the cultural vitality of the community. For more information about the MAC, visit AtTheMAC.org. You can also learn more about the MAC on Facebook atfacebook.com/AtTheMAC or on twitter at twitter.com/AtTheMAC.

Programs at the MAC are partially supported through funding from the Illinois Arts Council, a state agency.