Victory Gardens Theater presents We Must Breathe: A Response from Chicago Playwrights and Poets Tonight at 7pm 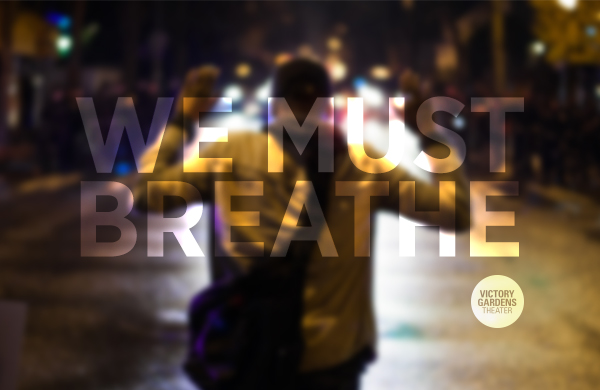 Victory Gardens Theater announces We Must Breathe: A Response from Chicago Playwrights and Poets, a special event gathering members of Chicago’s artistic community to share their views on discrimination, race and inequality and engage Chicagoans in a discussion about these social issues. We Must Breathe features performances from poets and playwrights directed by Victory Gardens’ Associate Artistic Producer Joanie Schultz, and a forum discussion on the performance topics, moderated by Congo Square Theatre’s Artistic Director Samuel Roberson. The event is on Thursday, December 18, 2014 at 7:00pm at Victory Gardens Theater, 2433 N. Lincoln Avenue, and is free and open to the public.

Due to overwhelming demand, Victory Gardens is no longer able to accept reservations. The event will be live-streamed via Howlround.tv and is available at www.livestream.com/newplay/. For more information: http://victorygardens.org/also-playing/we-must-breathe/.

In recent months the deaths of Michael Brown, Eric Garner, Oscar Grant, Tamir Rice, John Crawford, Sean Bell, Rekia Boyd, and countless others have brought to light ongoing national issues of race, discrimination and inequality. Droves of individuals across the country have taken to the streets participating in rallies, riots and die-ins. During this one-night-only event, members of the Chicago artistic community will address these topics through artistic expression.

“As a theater that passionately believes in civil discourse and social justice, Victory Gardens will provide a venue for Chicago playwrights, poets, actors and community members to respond to these recent events the best way they know how—through their art. We hope this gathering will allow our artists and our city to find better ways for a more equitable America,” says Artistic Director Chay Yew.

Admission to We Must Breathe is free and open to the public, and the reservation list is currently full. For more information on We Must Breathe, visit http://victorygardens.org/also-playing/we-must-breathe/ or call the Victory Gardens box office at 773-871-3000.

We Must Breathe will be livestreamed courtesy of Howlround.tv. Instructions to live-stream the performances and discussion can be found at www.victorygardens.org. During the moderated discussion, every third question will be selected from Twitter. To follow the event and participate in the conversation via social media, use the hashtag #wemustbreathe.

Under the leadership of Artistic Director Chay Yew and Managing Director Christopher Mannelli, Victory Gardens is dedicated to artistic excellence while creating a vital, contemporary American Theater that is accessible and relevant to all people through productions of challenging new plays and musicals. With Victory Gardens’ first new Artistic Director in 34 years, the company remains committed to the development, production and support of new plays that has been the mission of the theater since its founding, continuing the vision set forth by Dennis Zacek, Marcelle McVay, and the original founders of Victory Gardens Theater.

Since its founding in 1974, the company has produced more world premieres than any other Chicago theater, a commitment recognized nationally when Victory Gardens received the 2001 Tony Award for Outstanding Regional Theatre. Located in the Lincoln Park neighborhood, Victory Gardens Biograph Theater includes the Zacek-McVay Theater, a state-of-the-art 259-seat mainstage and the 109-seat studio theater on the second floor, named the Richard Christiansen Theater.