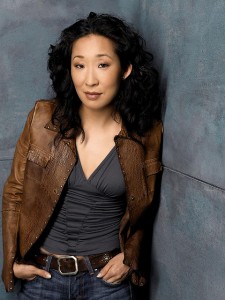 Victory Gardens Theater announces 2013-14 Season: the Co-World Premiere of Appropriate by Branden Jacobs-Jenkins, directed by Gary Griffin, developed, in part, by IGNITION 2012 and presented in association with Actors Theatre of Louisville; the World Premiere of Victory Gardens Ensemble Playwright Marcus Gardley’s The Gospel of Lovingkindess; and the classic Death and the Maiden by Ariel Dorfman, directed by Chay Yew and featuring Sandra Oh.

In line with its mission to cultivate new American voices and to represent Chicago’s many cultural communities, Victory Gardens will host three to four of the most exciting, diverse storefront theater companies under the new Resident Theater Program, making the Lincoln Park venue the city’s new cultural performing arts center. Up to ten additional shows will be available to Victory Gardens subscribers as part of its Resident Theater series. A full and exciting slate of theaters and shows will be announced in the following weeks with a joint statement from these companies.

Chay Yew comments, “I’m most excited by the relevance and power of these plays that speak to the pressing issues of our city and nation. The 2013-14 Season represents a major expansion of our programming at Victory Gardens. Not only am I proud to welcome one of my favorite actors and good friend Sandra Oh, but also the acclaimed director Gary Griffin and Chicago’s newest addition, Ensemble Playwright Marcus Gardley.  Several national theatre artists have also lent their voice to our cause, expressing a firm belief in our mission, vision and endeavors. Plus, we’re furthering our reach into new, culturally diverse communities by inviting and cultivating several new resident companies to perform in our space. There’s a lot of excitement and theater happening.”

in association with Actors Theater of Louisville

When the Lafayettes descend upon a crumbling Arkansan plantation to liquidate their dead patriarch’s estate, his three adult children collide over clutter, debt, and a contentious family history. But after a disturbing discovery surfaces among their father’s possessions, the reunion takes a turn for the explosive, unleashing a series of crackling surprises and confrontations. Acclaimed director Gary Griffin (Chicago Shakespeare Theater’s Sunday in the Park with George and Follies) directs a potent and exciting play about the trouble with inheritance, memory loss, and the art of repression. Appropriate was developed and workshopped through Victory

“Branden Jacobs-Jenkins is an undeniably unique, dynamic and political voice in American Theatre. Inspired by Chekhov and O’Neill, Branden’s fiercely original play speaks powerfully and relevantly to America’s timeless issues of race, history and family,” says Artistic Director Chay Yew.  “I first read Branden’s new play Appropriate during the selection process for Victory Gardens’ 2012 IGNITION Festival.  During the IGNITION workshop process—and before the public reading—I immediately promised him a production at Victory Gardens.  I knew this play had to be experienced by our Chicago audiences.”

IGNITION, Victory Gardens daring and hugely successful new play development initiative, was conceived to support the theater’s mission of new play development and diversity.  In the spring of 2010, 120 writers of color under 40 years of age from around the United States submitted new scripts for the first phase of IGNITION.  The top six plays were then selected, workshopped and presented as staged readings in a weeklong festival later that same summer.  IGNITION plays include the Pulitzer finalist The Elaborate Entrance of Chad Deity, Year Zero and We Are Proud to Present…,among others.
The World Premiere of
THE GOSPEL OF LOVINGKINDNESS
by Marcus Gardley
directed by Chay Yew

It is 1996 and the streets of Bronzeville are set ablaze by crime, evictions, gun and gang violence. No one knows this better than Reverend Isaac Seer and his wife, both who just lost their only son to a senseless homicide. Now, they must decide whether to leave their home in the embattled Ida B. Wells Projects, or stay to lead their community towards an uncertain future. Victory Gardens Ensemble Playwright Marcus Gardley pens this powerful, poetic, gospel-inspired drama about life, love and loss in Chicago’s South Side community.

Playwright Marcus Gardley says, “I’m utterly thrilled to be making my debut as a Playwright’s Ensemble Member at Victory Gardens. The Gospel of Lovingkindness is giving me an opportunity to explore Bronzeville, a neighborhood with deep roots and rich culture. I can’t wait to bring this story to life on one of Chicago’s finest stages.”
The New Play Classic
DEATH AND THE MAIDEN
by Ariel Dorfman
directed by Chay Yew

Ariel Dorfman’s explosively provocative, award-winning drama is set in a rocky new democracy. Gerardo has just been chosen to head the commission that will investigate the crimes of the old regime when his car breaks down and he is picked up by a kind doctor. Sandra Oh (the award-winning star of ABC’s Grey’s Anatomy) plays Gerardo’s wife, Paulina, who thinks she recognizes the doctor as the man who tormented her as she lay blindfolded in a military detention center years before. Death and the Maiden is a riveting, haunting play about revenge, trauma and forgiveness.

Sandra Oh comments, “I’m thrilled to return to the theater working with my long-time friend Chay Yew again. I’ve always been a passionate advocate for local theaters and it’s wonderful to support Victory Gardens Theater and its important mission of new work and diversity. Death and the Maiden is a potent play that can be set in any time and place, and the issues of survival, abuse and redemption are still relevant and important. I’m excited to bring this play to a new audience and reacquaint audiences with this New Play Classic.”

Subscriptions start at just $100 for the 3-play season plus access to resident productions, many rental company productions, and all additional public programming at the theater.

Victory Gardens Theater is located at 2433 N. Lincoln Avenue, in the heart of Chicago’s Lincoln Park neighborhood. Benefits of subscribing include convenient parking; easy access via CTA, ticket exchange privileges; invitations to special events; discounted series for seniors, educators, younger audiences and persons with disabilities and pre- and post-show deals at nearby restaurants and businesses.

Under the leadership of Artistic Director Chay Yew, Victory Gardens is dedicated to artistic excellence while creating a vital, contemporary American Theater that is accessible and relevant to all people through productions of challenging new plays and musicals.  With Victory Gardens’ first new Artistic Director in 34 years, the company remains committed to the development, production and support of new plays that has been the mission of the theater since its founding, continuing the vision set forth by Dennis Zacek, Marcelle McVay, and the original founders of Victory Gardens Theater.