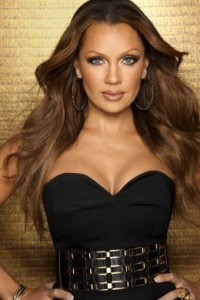 More than 300 theatre patrons, Broadway leaders and industry professionals from across the country will gather for an evening honoring individuals and institutions that have made significant contributions to the national theatre community. The gala will raise funds for NCTF member theatres in the U.S., some of America’s finest not-for-profit theatres. Ernst & Young and Cisco Systems, Inc. will co-chair the evening’s festivities.

James S. Turley, Global Chairman and CEO of Ernst & Young, and chairman of NCTF, said, “Central to the founding and success of regional theatre have been corporate partnerships. Ernst & Young is proud to support outstanding theatre programming, as well as the innovative theatre education and outreach initiatives, at NCTF theatres across the U.S.”

“NCTF creates and supports exciting partnerships at the intersection of the corporate and arts communities –relationships that are central to the success of theatre and the vitality of communities in which they are based,” said Bruce E. Whitacre, Executive Director of NCTF. “It is our privilege to celebrate fifty years of achievement by these outstanding organizations and to acknowledge the instrumental role of the Ford Foundation in the development, and sustained support of these resident theatres across America.”

One of the most multi-faceted performers in entertainment today, Vanessa Williams will receive the “Theatre Artist Award.”  Williams has conquered the musical charts, Broadway, music videos, television and motion pictures. She has sold millions of albums worldwide and has achieved critical acclaim as an actress on stage, in film and on television. On Broadway, she is returning this season in The Trip to Bountiful and has starred in Kiss of the Spider Woman and Into the Woods among several other productions.

“The theatre community is so fortunate that Ms. Williams has invested her manifold talents in such extordinary Chip cialis shows over the years,” said Whitacre.  “We are thrilled to be able to acknowledge her talents and her generosity.”

“The gala honorees share a dedication to theatre and community engagement and its impact on our country’s economy, culture and future,” Whitacre continued.  “American Express was right there at the beginning for these theatres, and continues to be a key partner philanthropically and strategically.”

National Corporate Theatre Fund (NCTF) is a not-for-profit association dedicated to sustaining America’s finest not-for-profit theatres, on the stage and in the community, through innovative partnerships with companies, individuals and artists. From its base in New York, NCTF provides a national vehicle for the flow of theatre, collaboration and ideas to and from key markets.

Since 1978, NCTF has raised millions of dollars for its member theatres. NCTF theatres contribute to our creative and cultural life – benefiting local communities, children, employees and the economy. Launched last year, its Impact Creativity campaign (impactcreativity.org) is one of the largest efforts to sustain and grow arts education programs across the country. Productions originating at NCTF theatres have transferred to New York and other theatres, and have won dozens of Tony Awards and Pulitzer Prizes. They enrich lives of the local residents, provide creative opportunities for distinguished and emerging performers, serve as incubators for new works, and engage over 500,000 children, most from economically disadvantaged neighborhoods through their theatre education programs.