Broadway actor Gary Beach has passed away in Palm Springs at the age of 70.  Mr. Beach won the Tony for his role as Roger DeBris in “The Producers”, a part which he later reprised in the film version of the musical directed by Susan Stroman.  No cause of the death has been given.  Mr. Beach is survived by his husband, Jeffrey Barnett.

Beach also earned Tony nominations for playing Lumiere in Disney’s 1994 Broadway adaptation of “Beauty and the Beast” and the drag star Albin in the 2004 revival of Jerry Herman’s “La Cage aux Folles.” 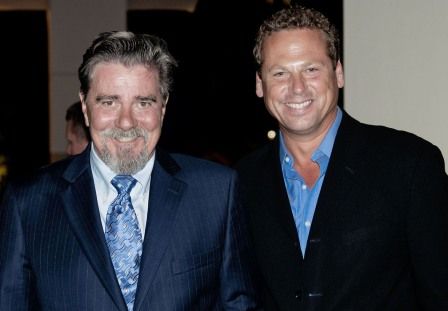 Beach’s other Broadway credits include Thenardier in the 2006 revival of “Les Miserables” as well as “Annie,” “Doonesbury,” “The Moony Shapiro Songbook” and “1776.”

The Baruch Frankel Routh Viertel Group, the producers of “The Producers,” said in a statement, “Gary Beach, an actor of consummate skill and artistry, was a glorious human being; a gifted, generous and incredibly funny actor whose presence in a rehearsal room or on the stage lifted everyone’s spirit and inspired them to be the best they could be  His joyous, Tony Award winning performance as Roger DeBris will remain forever in our minds and hearts as the personification of the joyous spirit of Mel Brooks’ ‘The Producers.’”