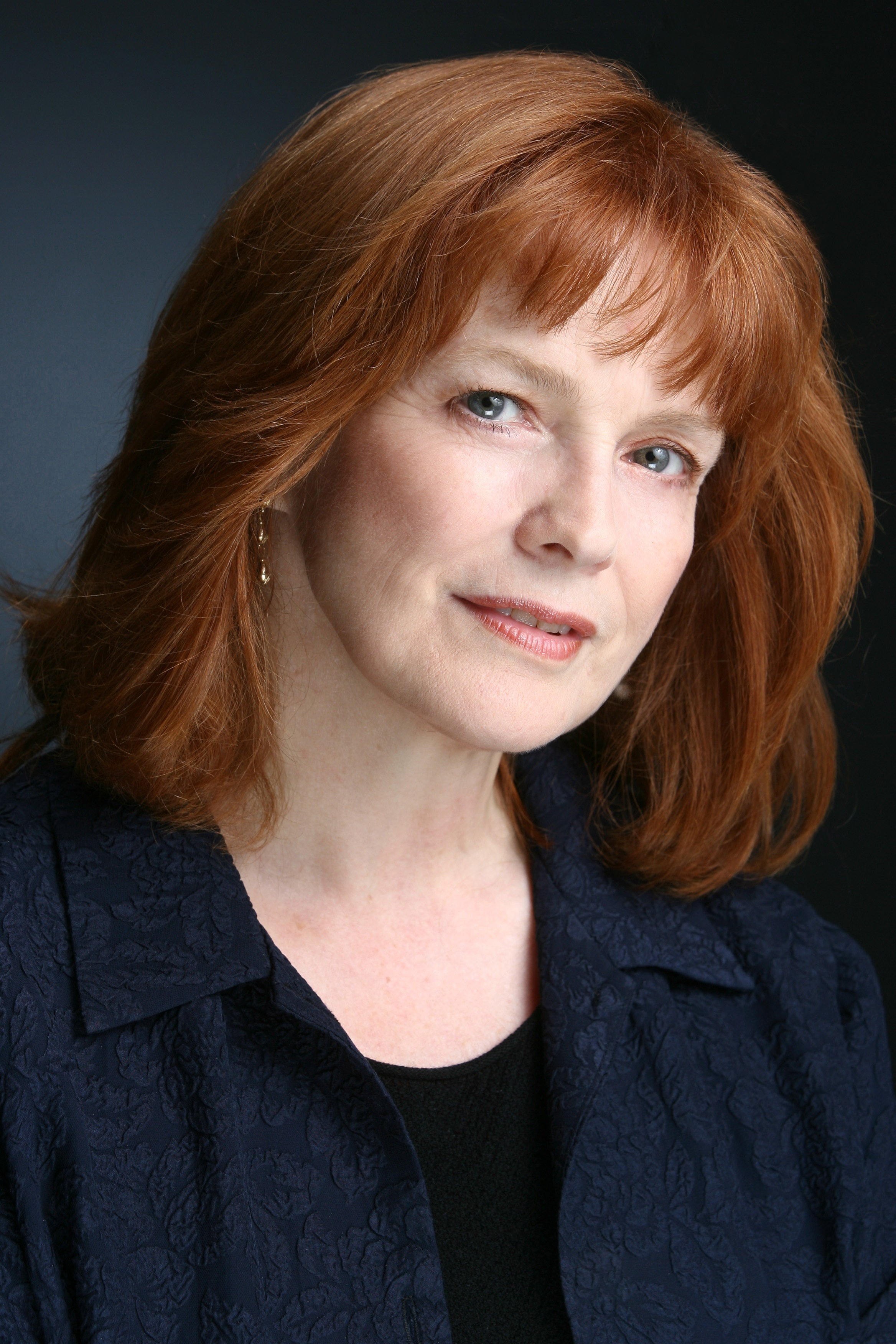 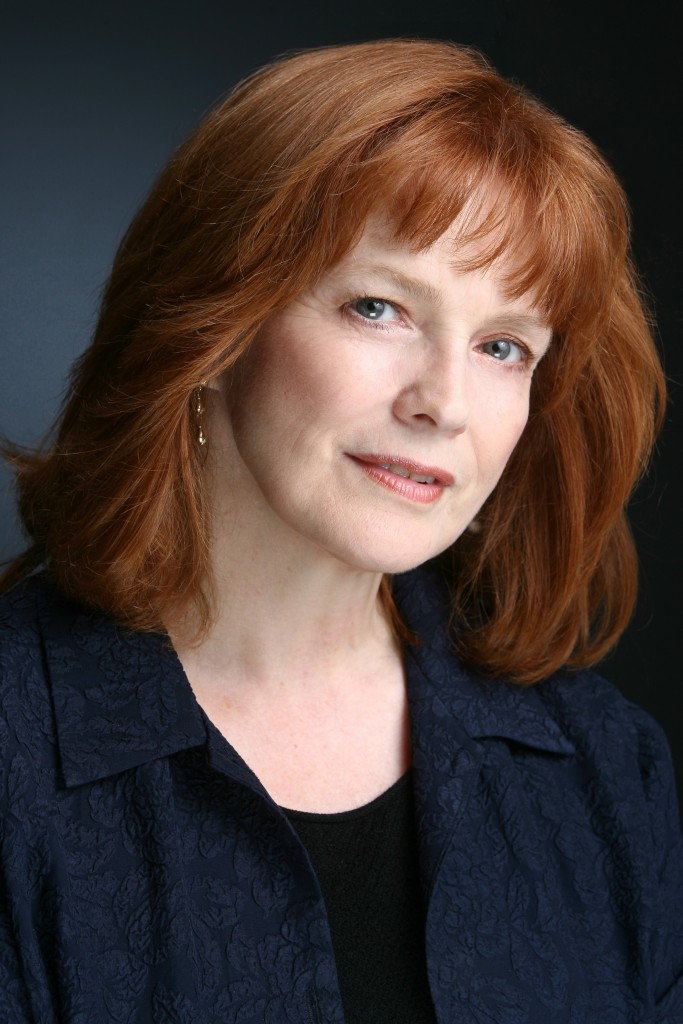 Steppenwolf Theatre Company announced today acclaimed stage and screen actor Blair Brown will join the cast of Mary Page Marlowe as one of the seven actors sharing the role of Mary over the span of her life. Brown is well-known for her prolific Broadway career, including her Tony Award-winning turn in the play Copenhagen. She played the title character in the TV series, The Days and Nights of Molly Dodd, for which she received five consecutive Emmy Award nominations. She earned a Golden Globe nomination for her portrayal of ‘Jacqueline Kennedy’ in the miniseries Kennedy. Most recently she played ‘Nina Sharp’ on the FOX series, Fringe. She replaces Lindsay Crouse who left the cast due to personal reasons. The seven actors sharing the title role are:Blair Brown (Mary at ages 59, 63 and 69); Carrie Coon (Mary at ages 27 and 36); Laura T. Fisher(Mary at age 50); Caroline Heffernan (Mary at age 12); Annie Munch (Mary at age 19); Rebecca Spence (Mary at ages 40 and 44) with the final Mary to be played by three infants who will rotate in the role: Benicio Calderone, Charlotte Freund and Sebastian White. Completing the cast are ensemble members Ian Barford (Ray) and Alan Wilder (Andy) with Stephen Cefalu, Jr. (Ed Marlowe), Amanda Drinkall (Roberta Marlowe), Jack Edwards (Louis Gilbert),Kirsten Fitzgerald (Shrink), Tess Frazer (Lorna), Keith Gallagher (Ben), Sandra Marquez (Nurse),Ariana Venturi (Connie), Madeline Weinstein (Wendy Gilbert) and Gary Wilmes (Dan).

Written by Pulitzer and Tony Award-winning playwright and ensemble member Tracy Letts and directed by Steppenwolf Artistic Director Anna D. Shapiro, Mary Page Marlowe runs March 31 – May 29, 2016 in the Downstairs Theatre, 1650 N Halsted St. Press performances are Saturday, April 9 at 3pm and Tuesday, April 12 at 7:30pm. Tickets ($20-$89) are available through Audience Services (1650 N Halsted St), 312-335-1650 and steppenwolf.org. Note: There will be a limited number of pit seats ($30) available for audiences interested in a truly up-close and intimate theater experience.

Mary Page Marlowe is an accountant from Ohio. She’s led an ordinary life, making the difficult decisions we all face as we try to figure out who we really are and what we really want. As Tracy Letts brings us moments—both pivotal and mundane—from Mary’s life, a portrait of a surprisingly complicated woman emerges. Intimate and moving, Mary Page Marlowe shows us how circumstance, impulse and time can combine to make us mysteries…even to ourselves.

“For me, this play does what Steppenwolf Theatre does best: finding the spectacular in the mundane and turning the every-day into the most-important-day, and all the while reflecting our common humanity,” shares Anna D. Shapiro, Steppenwolf Artistic Director.

BIOS:
Tracy Letts (Playwright) was awarded the 2008 Pulitzer Prize for Drama and Tony Award for Best Play for August: Osage County, which premiered at Steppenwolf in 2007 and played on Broadway, London’s National Theatre and the Sydney Theatre. Steppenwolf also produced the world premieres of Letts’s Superior Donuts (transferred to Broadway in 2009); and Man from Nebraska (premiered at Steppenwolf in 2003, Pulitzer Prize finalist). He wrote screenplays of three films adapted from his own plays, Killer Joe, Bug and August: Osage County. Letts received a Tony Award for Best Performance by a Leading Actor in a Play for Steppenwolf’s production of Edward Albee’s Who’s Afraid of Virginia Woolf? He has been an ensemble member since 2002. He is also known for his portrayal of Andrew Lockhart in seasons three and four of Showtime’s Homeland.

Anna D. Shapiro (Director) has directed many notable productions for Steppenwolf, including Tracy Letts’s August: Osage County, for which she received the 2008 Tony, Drama Desk and Outer Critics Circle Awards for Best Director. In 2011 she received a Tony Award nomination for her direction ofThe Motherf**er with the Hat, which she also directed at Steppenwolf. Broadway credits include the sold-out run of Larry David’s Fish in the Dark on Broadway, the revival of Steppenwolf’s production ofThis Is Our Youth and the Broadway revival of Of Mice and Men, which National Theatre Live selected as the first American production to be broadcast to over 700 cinemas across the US and Canada. Additional Steppenwolf directing credits include A Parallelogram, Up, The Unmentionables, The Pain and the Itch (also at Playwrights Horizons), Tracy Letts’s Man from Nebraska, (named by TIME Magazine as one of the Year’s Top Ten of 2003), Side Man (also in Ireland, Australia and Colorado) and Tracy Letts’s Three Sisters, among others. She is a graduate of the Yale School of Drama and Columbia College and the recipient of a 1996 Princess Grace Award, as well as the 2010 Princess Grace Statue Award. Shapiro began working with Steppenwolf in 1995 as the original director of the New Plays Lab, joined the ensemble in 2005 and became Artistic Director at the start of the 2015/16 Season.

Ticket prices:
Previews: $20 – $54
Regular Run: $20 – $89
Prices subject to change.
Pit Seats: $30, available for purchase by phone only, 312-335-1650. Audiences can experience a truly up-close and intimate theater experience with the newly added “pit seats.” Located directly in front of the stage, pit seating will be hard shell chairs that are 9-inches lower than Steppenwolf’s “Row A,” where Steppenwolf’s standard theater seating begins.
20 for $20: Twenty $20 tickets are available for subscription shows on the day of the performance at11am (Mon – Sat) and 1pm (Sun), by phone only at 312-335-1650. Limit 2 per person.
Rush Tickets: Half-price rush tickets are available one hour before each show.
Student Discounts: Limited number of $15 student tickets are available online. Students must present a valid student ID from an accredited institution for each ticket purchased; limit 2 tickets per order.
Group Tickets: All groups of 10 or more receive a discounted rate for any performance throughout the season. www.steppenwolf.org/groups.
Audience Services: Single tickets are available at 312-335-1650 and steppenwolf.org.

Mary Page Marlowe is a recipient of an Edgerton Foundation New Play Award.

Steppenwolf Theatre Company is America’s longest standing, most distinguished ensemble theater, producing nearly 700 performances and events annually in its three Chicago theater spaces—the 515-seat Downstairs Theatre, the 299-seat Upstairs Theatre and the 80-seat Garage Theatre. Formed in 1976 by a collective of actors, Steppenwolf has grown into an ensemble of 44 actors, writers and directors. Artistic programming at Steppenwolf includes a five-play Subscription Season, a two-play Steppenwolf for Young Adults season, First Look, a new play development series and Visiting Company engagements. While firmly grounded in the Chicago community, nearly 40 original Steppenwolf productions have enjoyed success both nationally and internationally, including Off-Broadway, Broadway, London, Sydney, Galway and Dublin. Steppenwolf has the distinction of being the only theater to receive the National Medal of Arts, in addition to numerous other prestigious honors including an Illinois Arts Legend Award and 12 Tony Awards. Anna D. Shapiro is the Artistic Director and David Schmitz is the Managing Director. Nora Daley is Chair of Steppenwolf’s Board of Trustees. For additional information, visit www.steppenwolf.org, facebook.com/steppenwolftheatre andtwitter.com/steppenwolfthtr.