Tickets of Sale Oct. 18th for Steppenwolf’s The Motherf**ker with the Hat 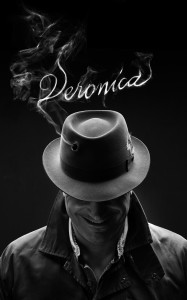 Things are on the up-and-up for recovering alcoholic Jackie and girlfriend Veronica—until Jackie spots another man’s hat in their apartment and embarks on a sublimely incompetent quest for vengeance. Fast-paced and uproarious, Mother asks probing questions about the havoc addiction wreaks. Ensemble member Anna D. Shapiro, director of the acclaimed Broadway premiere, returns to direct the Steppenwolf production.

Steppenwolf’s 2012/13 season, The Reckoning, explores the moment when we are called to account. Will our deeds be repaid? Will our secrets be revealed? Will we get what we deserve? The Motherf**ker with the Hat is one of five stories about what happens when the past comes knocking.

Press Performances: January 5 at 3pm and January 8 at 7:30pm

Saturday and Sunday matinees at 3pm.

20 for $20: Twenty $20 tickets are available by phone or in person beginning at 11am on the day of each performance (1pm for Sunday performances).

Group Tickets: All groups of 10 or more receive a discounted rate for any performance throughout the season.

Steppenwolf Theatre Company is America’s longest standing, most distinguished ensemble theater, producing nearly 700 performances and events annually in its three Chicago theater spaces—the 515-seat Downstairs Theatre, the 299-seat Upstairs Theatre and the 80-seat Garage Theatre. Formed in 1976 by a collective of actors, Steppenwolf has grown into an ensemble of 43 actors, writers and directors. Artistic programming at Steppenwolf includes a five-play Subscription Season, a two-play Steppenwolf for Young Adults season and three repertory series: First Look Repertory of New Work, Garage Rep and Next Up. While firmly grounded in the Chicago community, nearly 40 original Steppenwolf productions have enjoyed success both nationally and internationally, including Off-Broadway, Broadway, London, Sydney and Dublin. Steppenwolf has the distinction of being the only theater to receive the National Medal of Arts, in addition to numerous other prestigious honors including an Illinois Arts Legend Award and nine Tony Awards. Martha Lavey is the Artistic Director and David Hawkanson is the Executive Director. Nora Daley is Chair of Steppenwolf’s Board of Trustees. For additional information, visit steppenwolf.org,facebook.com/steppenwolftheatre and twitter.com/steppenwolfthtr.