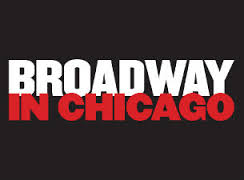 With the number of shows coming to Chicago this fall, Broadway In Chicago would like to highlight safe buying practices for your favorite Broadway shows.

Be Smart. Be Safe. Ticketing Tips Include:

BroadwayInChicago.com and Ticketmaster.com are the only official sites for tickets.

This information is to help the consumer who is often confused by the disparity in pricing for popular shows on the internet.  And there are risks in buying from unofficial sources that are sometimes not obvious.  Tickets obtained from unauthorized sources may be stolen, counterfeit or invalid and may not be honored.  Tickets purchased from other sources are often inflated in price and not eligible for assistance if tickets are lost, stolen or in the event the show is cancelled or rescheduled.

Lou Raizin adds, “We don’t want our customers coming to the theatre for a great night out to find out that their tickets are not valid.”

Broadway In Chicago was created in July 2000 and over the past 17 years has grown to be one of the largest commercial touring homes in the country.  A Nederlander Presentation, Broadway In Chicago lights up the Chicago Theater District entertaining well up to 1.7 million people annually in five theatres.  Broadway In Chicago presents a full range of entertainment, including musicals and plays, on the stages of five of the finest theatres in Chicago’s Loop including The PrivateBank Theatre, Oriental Theatre, Cadillac Palace Theatre, the Auditorium Theatre of Roosevelt University and just off the Magnificent Mile, the Broadway Playhouse at Water Tower Place. For more information, visit www.BroadwayInChicago.com.