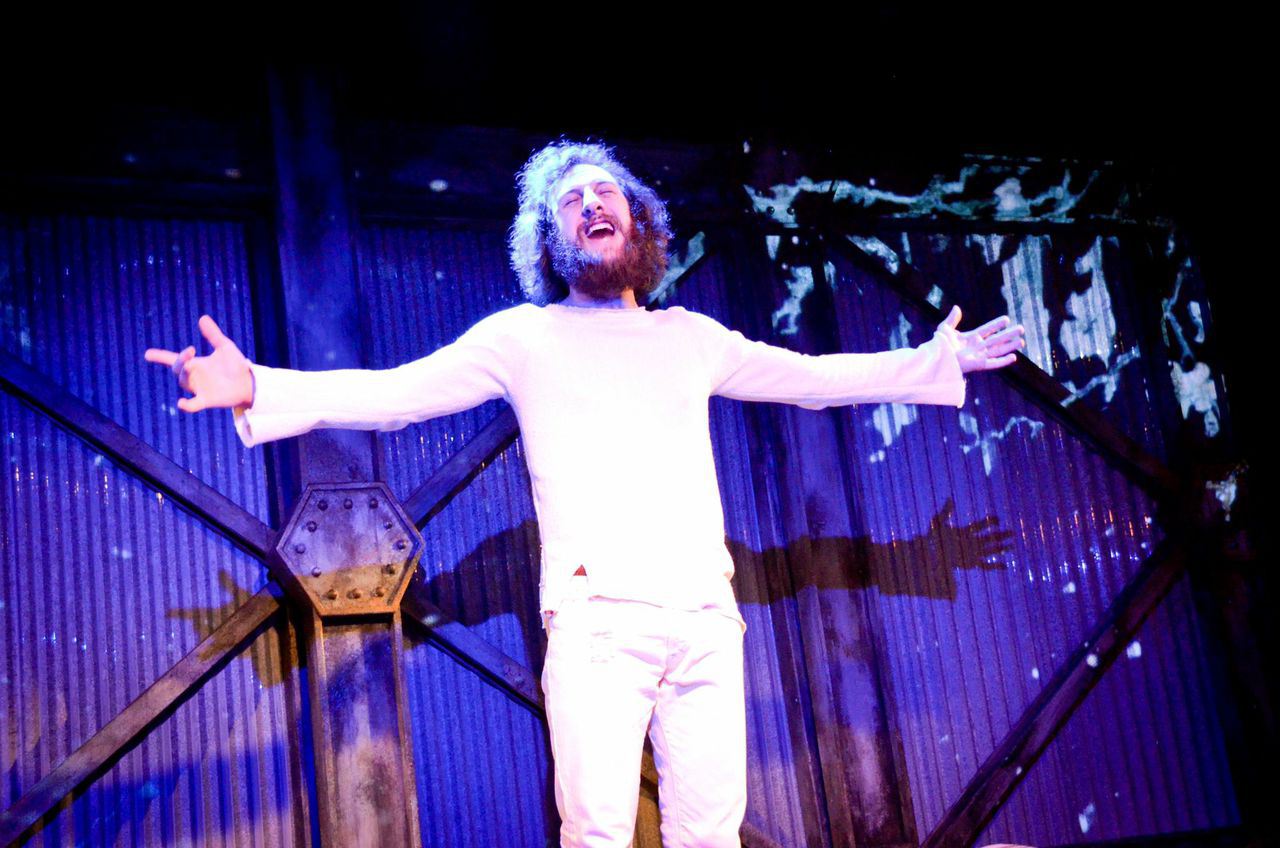 Theo Ubique’s production of the Andrew Lloyd Webber – Tim Rice musical Jesus Christ Superstar, which sold out its entire originally planned run of March 6 – April 12 in less than one week after opening night – has been extended to May 17th.
The cast is led by Max DeTogne as Jesus and Donterrio Johnson as Judas along with Smith as Mary Magdalene.Other cast members include Ryan Armstrong (Pilate), Tommy Bullington (Herod), Jonah Winston (Caiaphas), Michael Ferraro (Peter), and Caleb Baze (Simon). Will Wilhelm, Sharriese Hamilton, Steven Perkins, Jomar Ferraras and Khaki Pixley comprise the Ensemble.
Their unplugged and intimate production of the rock opera that has rocked the world since it was first introduced as a two-disc concept album in 1970. has been embraced by audiences and critics alike. The Sun-Times‘ Hedy Weis called it ”a thrilling, altogether impressive rendering on every level.” Chirs Jones of the Chicago Tribune said (Danni Smith’s “I Don’t Know How to Love Him” is) “a beautiful few minutes of Chicago theater, and reason alone to see this show.”