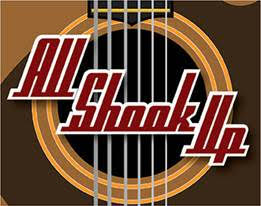 Overflowing with Rock n’ Roll, romance, and mistaken identities, the Elvis fueled Broadway Musical, ALL SHOOK UP, rides into Theatre at the Center, July 16th through August 16th with a press opening on Sunday July 19th at 7 p.m. at 1040 Ridge Road in Munster, IN. Jeff Award-winning Artistic Director Bill Pullinsi joins forces with Jeff Award-winning Choreographer Danny Herman to co-direct the well-tuned, hot-rod musical, which continues Theatre at the Center’s spectacular 25th Anniversary 2015 season. With a book by Tony Award-winning Joe DiPietro, nostalgic songs and sensational dance numbers, the hilarious musical will have audiences of all ages jumpin’ out of their blue suede shoes!

Set in the summer of 1955 in a conservative Midwestern town, ALL SHOOK UP is the modern Rock n’ Roll take on Shakespeare’s romantic comedy, Twelfth Night. ALL SHOOK UP follows the story of a small town girl with big dreams, Natalie, and the charismatic, motorcycle-riding roustabout she falls for, Chad. While Natalie dreams of hitting the open road, hoping to “Follow that Dream” with Chad by her side, Mayor Matilda Hyde believes Chad is the “Devil in Disguise,” and quickly looks for a way to put a stop to his Rock n’ Roll chaos. 24 classic Elvis hits drive the exhilarating musical comedy, including “Heartbreak Hotel”, “Burning Love”, “Jailhouse Rock”, “Blue Suede Shoes”, “It’s Now or Never”, “Don’t Be Cruel”, “Hound Dog”, “Can’t Help Falling In Love”, and “Fools Rush In”.

Founded in 1991, the 400-seat Theatre at the Center is a year-round professional theater at its home, The Center for Visual and Performing Arts, 1040 Ridge Road, Munster, Indiana. Theatre at the Center is located off I-80/94, just 35 minutes from downtown Chicago, and has free parking. Performances are Wednesdays and Thursdays at 2 p.m.; Fridays and Saturdays at 8 p.m.; Sundays at2:30 p.m.; and select Thursday and Sunday evenings and Saturday matinees. Individual ticket prices range from $40 – $44. To purchase individual tickets call the Box Office at 219.836.3255 or Tickets.com at 800.511.1552. Group discounts are available for groups of 11 or more and gift certificates are also available. For more information on Theatre at the Center, visit TheatreAtTheCenter.com.