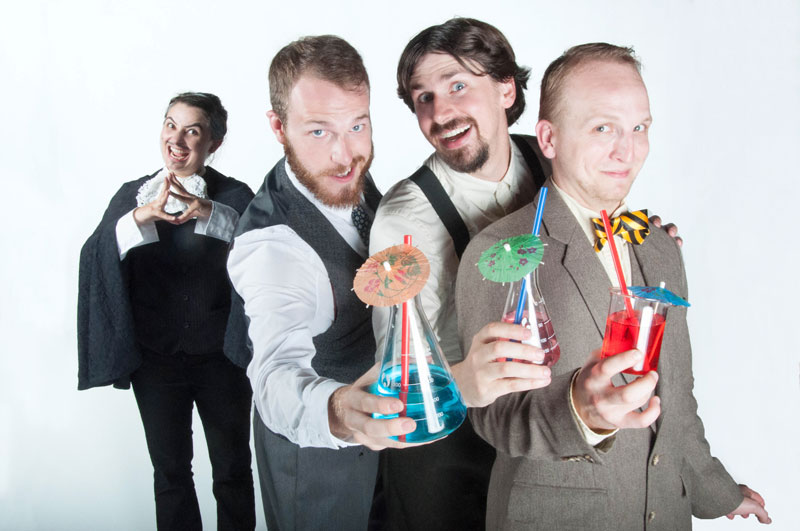 Desperate to be the new wunderkind of the scientific community, Dr. Hermann Ebbinghaus will do anything to present at the 1889 World’s Fair in Paris. But when his aspirations of fame and fortune are foiled by his mentor-turned-nemesis Dr. Louis Pasteur, Ebbinghaus calls on his best pals Mssr. Longrais and Herr Weiss to propel him to scientific glory. Fueled by a steady stream of cocktails, fantasies of Marie Curie, and a few songs, our three unlikely heroes stumble upon a bona fide breakthrough that puts their dream within their grasp. If only they could remember to put down the scotch.

THE SCIENTISTS is a historical farce inspired by true events with a Three Stooges twist.

A short version of THE SCIENTISTS was first presented as a part of Theatre In Asylum’s “Death/Memory Project” at NY Theatre Workshop in NYC. It subsequently received a full staged reading at the Living Theatre in association with Perf Productions in December 2012. The World Premiere production at the 2014 PortFringe in June in Portland, ME marked the first of a number of nationwide engagements in the summer of 2014 including performances at the Chicago Fringe Festival. 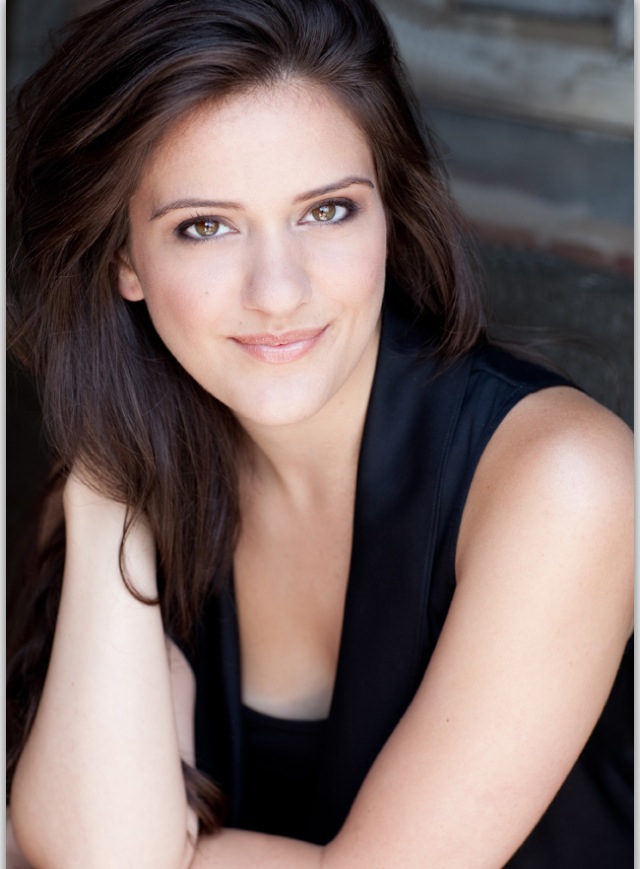 Chicago native Maya Boudreau joins the cast of The Scientists

In recognition of the various talents nationwide, each production of THE SCIENTISTS will feature a local guest star in the role of saucy vixen, MARIE CURIE. The producers are proud to announce the addition of Chicago native Maya Boudreau for all performances at the 2014 Chicago Fringe Festival.

Performances of THE SCIENTISTS will be held at the “Deep Dish Stage” at CCJP Meeting Hall located at 5320 W Giddings Street, Chicago IL, 60630 as part of the 2014 Chicago Fringe Festival on the following schedule:

All tickets are $10 with the purchase of a $5 Festival entry button. Purchase online HERE or at www.chicagofringe.org. Tickets are also available at the venue one half hour prior to each performance.ABOUT MERKINS, DANIELLO & SONS

c Mercado, and Evan Watkins, a collective of Brooklyn based theater makers who met at NYU studying creating original work. They are dedicated to creating comical, compelling, and thought-provoking theater. Their most recent project “Not Without My Gallbladder” opened to acclaim at the 2013 Planet Connections Theatre Festivity in NYC, receiving 8 awards nominations and winning Best Direction and Best Lead Actress in a Musical. Individually their work has been seen at HERE Arts Center, Abrons Arts Center, Theater for the New City, 3-Legged Dog, New York Theater Workshop, the Wings Theater, the Gene Frankel, the Flea, the Robert Moss, the Incubator, 9th Space, PS122 (with Wooster Group’s “Avant Garde-Arama”), Galapagos Art Space, Underground Arts (in Philly), The Tank, the Connelly, the Howl! Festival at Theater 80 St. Marks, Baruch College, and the DR2.

ABOUT THE CHICAGO FRINGE FESTIVAL

The Chicago Fringe Festival (CFF) unites daring theatregoers with emerging and boundary-pushing performing artists from around the world at an annual festival in Chicago. CFF also seeks to engage nontraditional audiences through a commitment to low ticket prices and outreach into artistically underserved communities.