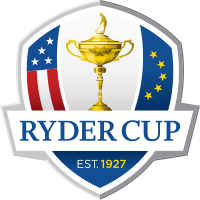 The Ryder Cup is coming to town – and with it, the Scots! Scotland — the home of golf and Ryder Cup 2014 host — is lending the city some of its best creative talent and encouraging Chicagoans to tee off with a wee bit of Scottish culture. From Wednesday, Sept. 26 through Saturday, Sept. 29 events and exhibits around the city include: concerts by legendary touring Scottish rock/folk music festival Celtic Connections, a play by the National Theater of Scotland, and an outdoor sculpture exhibit at the Field Museum.

Celtic Connections
This annual folk, roots, and world music festival, which takes place in Glasgow each January, will stop in Chicago on its first tour outside of Scotland. Acclaimed as “Britain’s greatest winter music festival,” Celtic Connections offer the best of the best of Scottish music. In addition to playing the official opening and closing ceremonies of the Ryder Cup, throughout the week there will an array of performances. Two of the best will be:

Kelpies at The Field Museum:
The Kelpies maquettes have been installed at the Field Museum, Grant Park Chicago as part of the Chicago Sculpture international. Creator, Andy Scott, well known for his large scale public art contributions and is the only non-American artists exhibiting in this world-renowned show. Outdoor exhibit, open 24/7 through early 2013