The Neoccasion: Raucous in the Caucus 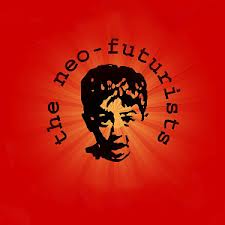 Politically Savvy Neo-Futurist lovers unite! Head back to Andersonville for the second annual Neoccasion: Raucous in the Caucus a politically-irreverent evening in support of The Neo-Futurists, one of Chicago’s most beloved theatre companies and creators of the longest running show in Chicago, Too Much Light Makes the Baby Go Blind.
For nearly a quarter-century, The Neo-Futurists have been home to a quintessentially Chicago experience with a national reputation. The Neos produce 250 events annually attracting over 20,000 audience members with a ticket price that has never exceeded $20 for regular events. All proceeds from the event directly support The Neo-Futurists and ensure their ability to continue creating honest and immediate theatre that is accessible to everyone.
Reserve your tickets now for this overflowing evening, including an expansive craft beer tasting featuring Chicago’s finest breweries, wine and cocktails, a catered menu of Hors d’oeuvre, live music and a politically themed artistic program and live auction. Participating breweries include: 5 Rabbit, Goose Island, Half Acre, Hamburger Mary’s, Haymarket, Metropolitan, Revolution, Two Brothers and many more!
Schedule for the evening
Individual, Supporter and Benefactor ticket levels available
Individual Reservations – $80.87*
*a penny-a-play for the 8,087 World Premiere plays produced by The Neo-Futurists including Too Much Light… and prime time productions since 1988
Supporter Level Sponsor – $250
Benefactor Level Sponsor – $1,000
All ticket sales and contributions are tax-deductible less the value of any goods & services received (estimated at $25 per person attending).
Neoccasion Lite: Craft & Home Brew Tasting
$20 in advance ($25 at the door) includes Neo-Futurist logo glass
Saturday, October 20th: 2pm – 5pm
The Neo-Futurarium – 5153 N. Ashland, Chicago
Tickets/information: call Dan McArdle at 773-878-4557
Want to support The Neo-Futurists, but light on cash? Stop by for an afternoon taste featuring the breweries of the main event. All guests attending Neoccasion Lite will have the opportunity to taste all Neoccasion craft brew sponsors in addition to the blends of featured local home brewers. Following the political theme, guests will be given a ballot and encouraged to vote for their favorite respective Craft and Home breweries. Guests will also receive a complimentary Neo-Futurist logo tasting glass.
Attention Chicago home brewing enthusiasts. If you brew at home and are interested in having your beer available for tasting by 150 guests at Neoccasion Lite, please email Dan McArdle (dan@neofuturists.org) with ‘Neoccasion Lite Home Brew’ in the subject line for details.
THE NEO-FUTURISTS
The Neo-Futurists, performers of Too Much Light Makes The Baby Go Blind and creators of over 60 other original, full-length productions, are a collective of wildly productive writer/director/performers who create immediate, non-illusory, interactive and head-slappingly affordable performances.
The Neo-Futurists are partially supported by the Illinois Arts Council, a state agency, Alphawood Foundation, Gaylord and Dorothy Donnelly Foundation, The MacArthur Fund for Arts and Culture at The Richard H. Driehaus Foundation, The Art Works Fund and a CityArts grant from the city of Chicago Department of Cultural Affairs and Special Events.