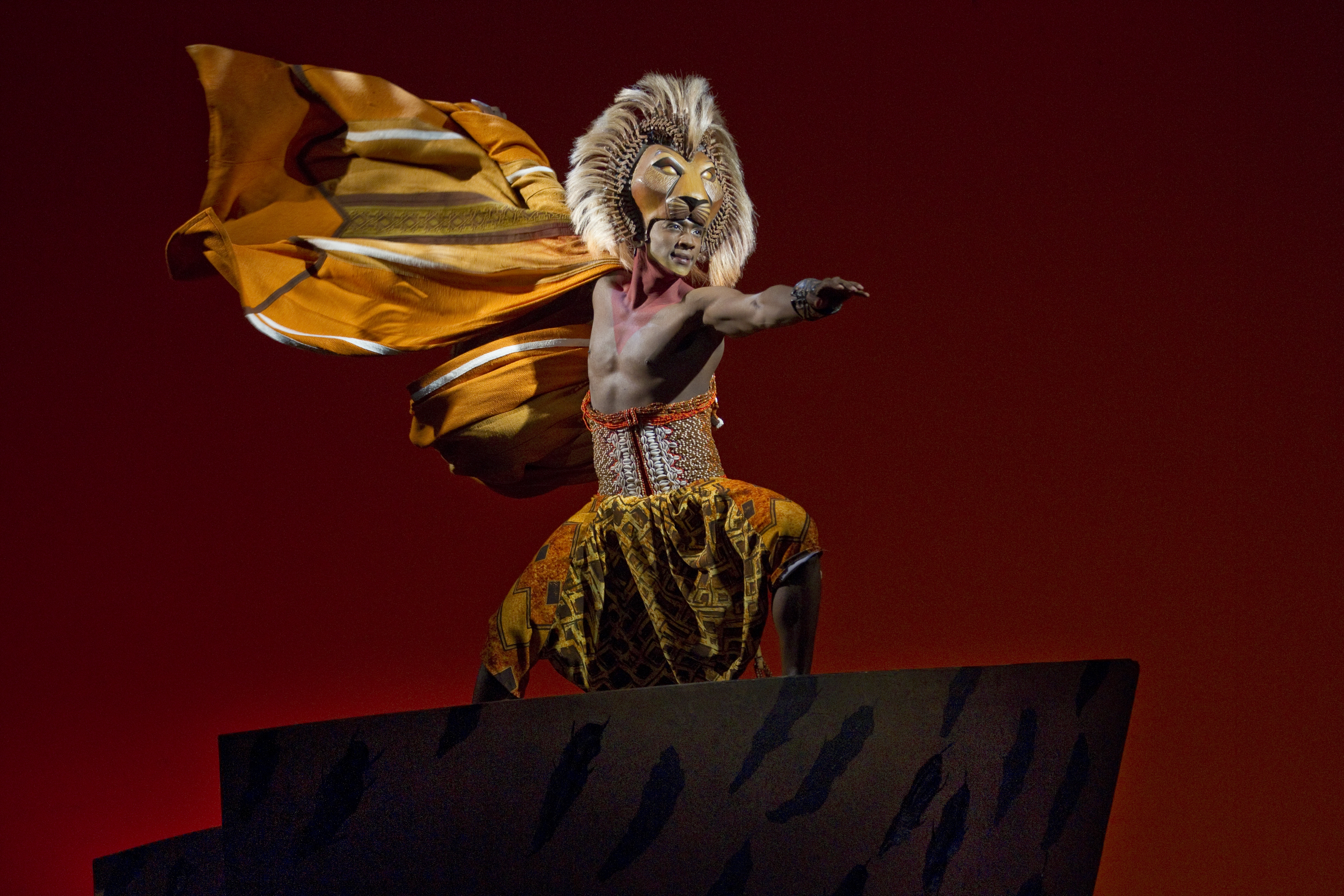 Walt Disney once said, “When you believe in a thing, believe in it all the way. Implicitly and unquestionably.”

Uncle Walt would be pleased to know his company’s presentation of The Lion King, now playing in Milwaukee, is implicitly and unquestionably an amazing creation that scores of talented artists believe in with all their heart.

It’s that obvious: Julie Taymor’s Tony Award-winning direction and costumes; Elton John’s and Tim Rice’s phenomenal score, boasting such rousing numbers as “I Just Can’t Wait to Be King” and “Hakuna Matata” to the moving “Can You Feel the Love Tonight”, and more stirring music and lyrics by South African Lebo M, Mark Mancina, Jay Rifkin, Hans Zimmer and Taymor; stunning choreography by GarthFagan, breathtaking scenic design by Richard Hudson, lighting by Donald Holder and sound by Steven Canyon Kennedy; jaw-dropping masks and puppets by Michael Curry and Taymor, and hair and makeup by Michael Ward.

These are not just names in a playbill. They are supremely gifted craftspeople deserving a standing ovation for rising to the daunting challenge of transforming an animated film to the stage.

The Lion King is the coming-of-age tale about Simba, the lion cub who eventually triumphs over trial and tribulation to become King of the jungle.

A high-energy cast makes the merging of human and animal look seamless. Standouts in the cast were Patrick R. Brown as Simba’s scheming uncle Scar, exhibiting the perfect mix of evil, sarcasm and dry wit, and Tre’ Jones, an 11-year-old actor from Virginia, nailing the role of the inquisitive and lively young Simba.

This production roars with imagination, ingenuity and electricity – it’s a gigantic storybook coming to life and sweeping an audience along, leaving it mesmerized.

The Lion King is so extraordinary that we in the audience not only rose to our feet at curtain call but also were cheering. For someone like me who thrives on pageantry and spectacle, not to mention shape, form and color, Ifound The Lion King to be a scrumptious visual feast on Thanksgiving weekend, surpassing pumpkin pie.

The Milwaukee engagement of The Lion King is being presented by the Marcus Center for the Performing Arts and Broadway Across America.

Chicagoans have until Dec. 7 to experience the magic of The Lion King now playing at the sprawling Milwaukee Theatre, located at 500 W. Kilbourn Ave. in downtown Milwaukee. Keep in mind this tour won’t be coming to Chicago this season, so if you want tickets, now is the time to act. Tickets start as low as $24 and are available by calling the Marcus Center Box Office at (414) 273-7206 or by visiting marcuscenter.org.