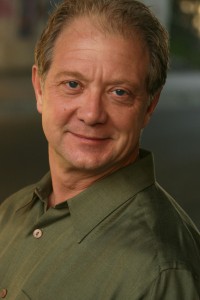 The League of Chicago Theatres announces the 2013 Spring Gala, an elegant, extravagant evening celebrating the 175th Anniversary of Chicago theater.  This one-night-only event brings together supporters from the community to champion more than 200 Chicago theatre companies.  This year’s event will be held on Monday, May 20, 2013, at 5:30 p.m. in the Grand Ballroom of the luxury hotel InterContinental Chicago, 505 N. Michigan Avenue, Chicago

Highlights of the evening include cocktails and a seated dinner in the Grand Ballroom, live and silent auctions, and displays celebrating the history of Chicago theater. This year, the League will honor Jeff Perry as the recipient of the 2013 Tribute Award. Writers’ Theatre’s Artistic Director Michael Halberstam will receive the 2013 Artistic Leadership Award. The Jeff Committee, now celebrating its 45th Anniversary, will receive the first-ever Theatre Advocacy Award.  Two hundred fifty supporters of the League of Chicago Theatres are expected to attend.

The Chair of the 2013 Gala is League of Chicago Theatres board member Diana Martinez, President of DLM Entertainment Consulting.

For his extraordinary contributions to Chicago theatre, the League of Chicago Theatres is honored to bestow the2013 Tribute Award to Jeff Perry, who will be in attendance to accept the award. Jeff Perry is a co-founder of Steppenwolf Theatre Company and currently stars as Cyrus on ABC’s hit political drama Scandal. He served as Steppenwolf Artistic Director from 1982 to 1985 and 1986 to 1987 and was integral to the founding of The School at Steppenwolf, Steppenwolf Classes West and Steppenwolf Films.  Jeff’s many acting credits at Steppenwolf include August Osage County (also NY, London, Sydney), Balm in Gilead (also Off-Broadway), The Time of Your Life (also Seattle, San Francisco), Picasso at the Lapin Agile (World Premiere), The Grapes of Wrath (also Broadway and London), The Caretaker (also Broadway) and Streamers (also Kennedy Center). Jeff’s other television credits include Grey’s Anatomy, Nash Bridges and My So-Called Life.

The League is proud to honor Writers’ Theatre Artistic Director Michael Halberstam with the 2013 Artistic Leadership Award. Michael Halberstam has directed over 30 productions for Writers’ including the world premiere musical A Minister’s Wife (also Lincoln Center),Crime and Punishment (also 59E59 Theatre in New York), Hamletand Sweet Charity.  Halberstam has appeared in numerous Writers’ Theatre productions and previously spent two years performing at The Stratford Festival in Ontario.  As an actor, Halberstam has worked with Wisdom Bridge, Court Theatre and Chicago Shakespeare Theatre.  He has directed at Northlight Theatre, Peninsula Players Theatre, Illinois Shakespeare Festival, Jean Cocteau Repertory in New York, Drury Lane Oakbrook Terrace, and Milwaukee Repertory Theatre. His forays into opera have included The Rape of Lucretia (Chicago Opera Theater),Francesca De Ramini featuring the Chicago Symphony Orchestra conducted by Christoph Eschenbach and Le Freyshutz, a Berlioz adaptation of the Weber opera also conducted by Christoph Eschenbach in its North American Premiere (Ravinia Festival). He spent two and a half years teaching Shakespeare at The Theatre School at DePaul University and has received awards for excellence in theater management and/or artistic achievement from The Chicago Drama League, The Arts & Business Council, Chicago Lawyers for

the Creative Arts, The Chicago Associates of the Stratford Festival and the 2010 Zelda Fichandler Award.

The Jeff Committee will receive the first-ever Theatre Advocacy Award.  One year after the City of Chicago was incorporated, two shows became the subjects of the first published theatre review in the City’s history, making this the 175th Anniversary of the birth of Chicago theater.  Those shows starred a nine-year old Joseph Jefferson who would go on to become Chicago’s first internationally renowned star.  In honor of that important piece of Chicago history the League will honor the Joseph Jefferson Committee for their work to promote Chicago theatre and continue the legacy of Joseph Jefferson.

The Jeff Awards has been honoring outstanding theatre artists annually since it was established in 1968. With up to 50 members representing a wide variety of backgrounds in theatre, the Jeff Awards is committed to celebrating the vitality of Chicago area theatre by recognizing excellence through its recommendations, awards, and honors. The Jeff Awards fosters the artistic growth of area theatres and theatre artists, and promotes educational opportunities, audience appreciation, and civic pride in the achievements of the theatre community. The Jeff Awards evaluates over 250 theatrical productions and holds two awards ceremonies annually. Originally chartered to recognize only Equity productions, the Jeff Awards established the Non-Equity Wing in 1973 to celebrate outstanding achievement in non-union theatre.

The winner of the 2013 Broadway In Chicago Emerging Theater Award will accept the award at the event. The award provides $5,000, consultation with Broadway In Chicago staff members, and a marketing package that includes advertising support. The award was created in 2007 to encourage, support and promote young theaters in Chicago that have demonstrated great ability and promise, artistic excellence and fiscal responsibility in business practices.   Previous recipients are: The New Colony, Steep Theatre, The Side Project, Silk Road Theatre Project (now Silk Road Rising), The House Theatre of Chicago, and Theater Seven of Chicago.
Individual tickets are $300. Tables of 10 are $3000.  All proceeds from ticket sales and contributions directly support the League’s programs and services to over 200 Chicago theatre companies.  Sponsorships are still available.  For more information and tickets, contact Nancy Weber, Director of Operations, 312-554-9800 ornancy@chicagoplays.com.

Chicago theatre is the leader in the U.S. with more than 250 theatres throughout Chicagoland, comprising a rich and varied community ranging from storefront, non-union theaters to the most renowned resident theatres in the country, including 5 that have been honored with Regional Tony Awards, and the largest touring Broadway organization in the nation. Chicago’s theatres serve 5 million audience members annually and have a combined budget of more than $250 million. Chicago produces and/or presents more world premieres annually than any other city in the nation. In 2009-10 alone, Chicago theatre companies produced more than 130 world premiere productions and adaptations. Each year, Chicago theatres send new work to resident theatres across the country, to Broadway, and around the world.

For a comprehensive list of Chicago productions, visit the League of Chicago Theatres website,www.chicagoplays.com.  Discounted tickets are available at www.hottix.org.

The League of Chicago Theatres Board of Directors