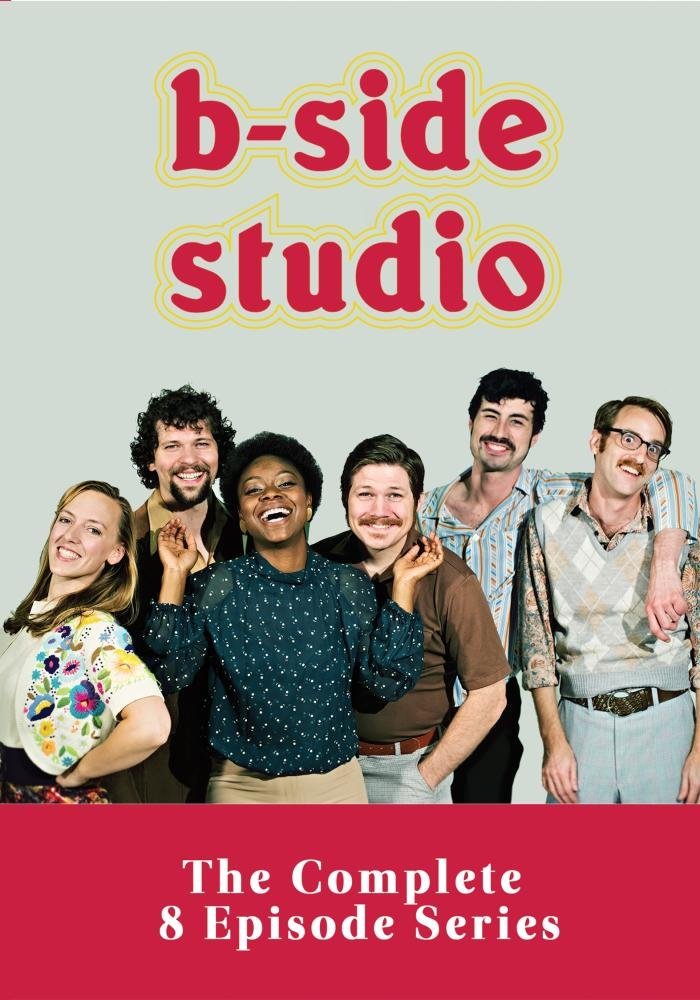 It’s the perfect holiday gift or stocking stuffer! The Inconvenience and The New Colony’s world premiere, ‘70s-style sitcom B-SIDE STUDIO is now available on DVD at Amazon.com ($19.99). The original four episodes, filmed in front of a live studio audience at Chicago’s The Logan Center for the Arts in the fall of 2013, have been edited and remastered into eight shorter episodes.

The episodic story of B-SIDE STUDIO focuses on Gary and Felix McNamara and their failing Chicago recording studio. Despite Felix’s get-rich-quick schemes, it seems that B-Side is never going to reach the heights of success that the once-promising McNamara brothers always dreamed of. When Felix decides to use the studio to record “Song Poems” with the help of their assistant Janice and in-house musicians Butch and Marvin, there might be hope yet to save the studio. They just have to convince Lady, the overbearing trophy wife of their absentee landlord. Tune in to find out what happens next at B-Side Studio.

If you’re on a tight budget – fear not! The new episodes of B-SIDE STUDIO are also available for viewing on YouTube free of charge.

The Inconvenience, is a community of interdisciplinary artists who seek to create a new way of experiencing art through a collaboration of music, theatre, dance, fine art and celebration. We create, produce and curate work that challenges audience and artist perspectives and ignites social dialogue.