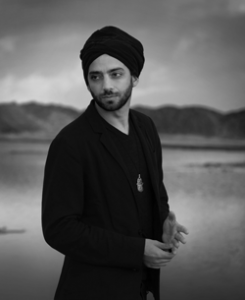 The Auditorium Theatre is proud to welcome international superstar Idan Raichel to the landmark stage with “The Idan Raichel Project” on May 15, 2014.  Having become a global ambassador representing a hopeful world in which artistic collaboration breaks down barriers between people of different backgrounds and beliefs, Idan Raichel offers “a fascinating window into the young, tolerant, multi-ethnic Israel taking shape away from the headlines,” (“Boston Globe”). Tickets ($25 – $68) are on sale now and available online at ticketmaster.com/auditorium, by calling (800) 982-ARTS (2787) or at the Auditorium Theatre Box Office (50 E Congress Pkwy).

“We strive to present our audiences with a wide range of talent not just from the United States, but from around the world,” said Auditorium Theatre Executive Director Brett Batterson. “As we welcome Idan Raichel to the Auditorium stage, we are honored to showcase not only incredible talent, but an inspiring message as well.”

Changing the face of Israeli popular music, Idan Raichel’s enchanting blend of African, Latin American, Caribbean and Middle Eastern sounds have made him the biggest-selling musician in Israeli history while catapulting this unique music nationally and internationally. Known around the world for its ambitious cross-cultural collaborations, “The Idan Raichel Project,” evolved from over 70 musicians personally chosen by Raichel, each who brought their own musical culture and talents to the stage. As the music that came from the initial gatherings gained popularity, Raichel narrowed the group down to a core collection of musicians to serve as the base of the project but adds and changes musicians throughout various performances and recordings. To date, over 95 different singers aged 16 to 91 years old from dozens of different countries and cultural backgrounds have participated in the Project’s recordings or performances.

After releasing his first album worldwide in 2006, “Billboard Magazine” called “The Idan Raichel Project,” “one of the most fascinating titles to emerge in world music this year,” and “The New York Times” selected the album as one of the top world music releases of the year. Since then, Raichel and musicians have performed across Europe, South and Central America, Hong Kong, South Africa and more. His album, “The Touré-Raichel Collective” reached number one on the iTunes World Music sales charts and number 2 on the Billboard World Music chart. As Raichel’s music gained attention others took note including Grammy-Winner India.Arie who performed with Raichel at the Kennedy Center in front of President Obama. “The Idan Raichel Project’s” latest album, “Quarter to Six,” was released in 2013 and continues to gain praise from both critics and fans.

The second annual Israeli Jazz and World Music Festival will treat fans to an expanded line-up of music May 6 – 17, 2014. Taking place at nine different venues throughout Chicago, the festival highlights the global hospitality and international cultural scene within the city. From Afro –Caribbean to heavy metal, from Brazilian to Jewish Klezmer, and from Middle Eastern to smooth, straight-ahead Jazz, each of the eight artists reflects the multicultural mosaic and collaborative spirit of Israel.

The 2014 Israeli Jazz and World Music Festival is presented by the Consulate General of Israel to the Midwest in partnership with the Jewish Federation of Metropolitan Chicago.

The Auditorium Theatre of Roosevelt University, located at 50 E Congress Pkwy, is an Illinois, not-for-profit organization committed to presenting the finest in international, cultural, community and educational programming to Chicago, and to the continued restoration and preservation of the National Historic Landmark Auditorium Theatre. The Auditorium Theatre is generously supported by the MacArthur Foundation, the NIB Foundation, the Illinois Arts Council and the Palmer House Hilton. For more information about programming, volunteer and donor opportunities or theatre tours, call (312) 341 – 2310 or visit AuditoriumTheatre.org.

For a complete listing of all events at the Auditorium Theatre, please click here.