The Arc Theatre’s THE THINGS WE KEEP – Through February 28, 2016 at Noyes Cultural Arts Center 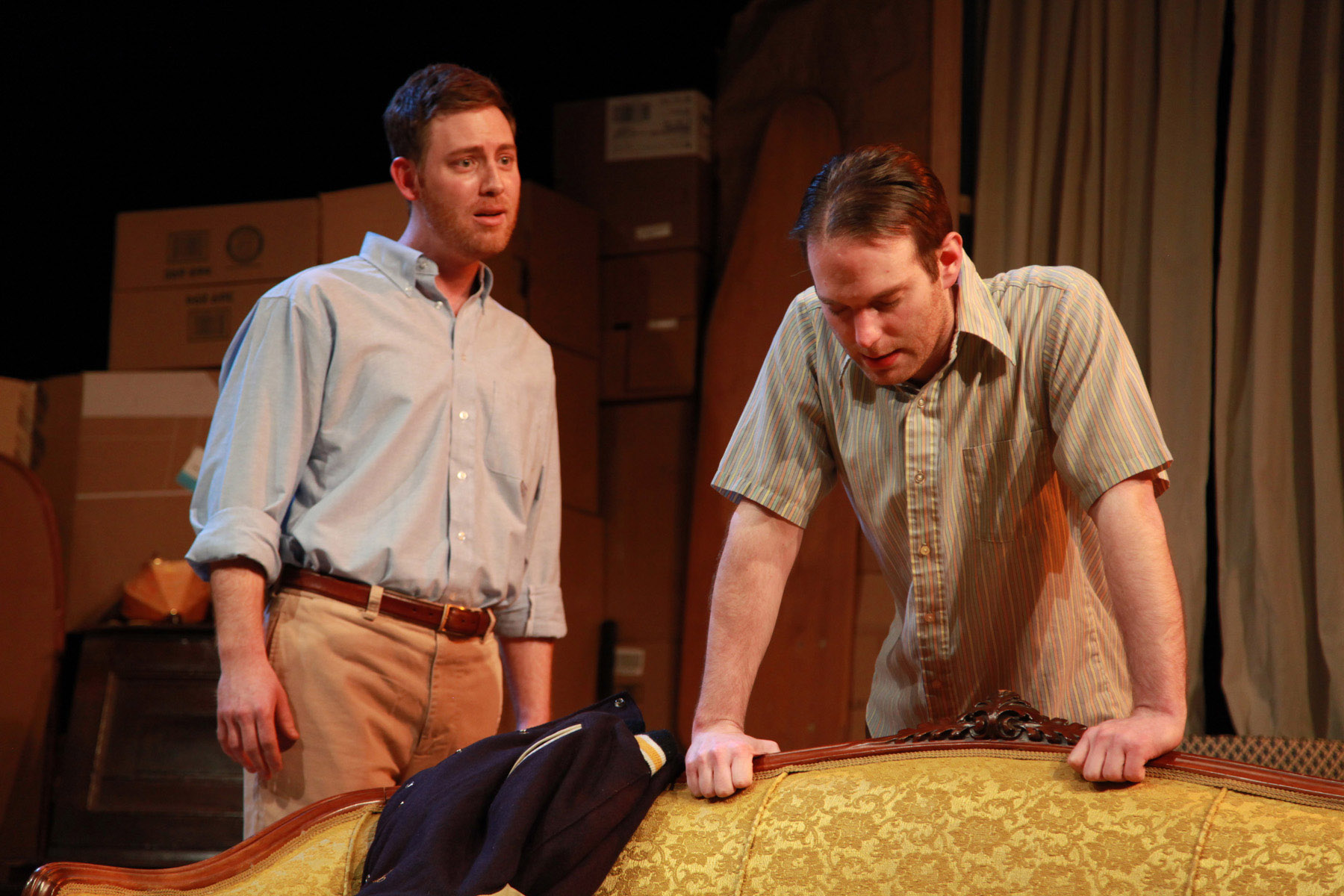 The Arc Theatre is pleased to celebrate its permanent move to Evanston with the world premiere of THE THINGS WE KEEP by Artistic Director Mark Boergers, directed by ensemble member Natalie Sallee, playing February 4 – 28, 2016 at the Noyes Cultural Arts Center, 927 Noyes St. in Evanston.  After six successful years of artistic residence at Shakespeare on the Ridge, The Arc Theatre expands its Evanston season with this exciting drama about family, art and repressed emotions. Tickets for THE THINGS WE KEEP are currently available at arctheatrechicago.org.

A locally famous collage artist sifts through the contents of her attic at the end of her life, revealing a family history rife with hidden turmoil. As her family returns home to settle her estate, old wounds are unearthed that were thought to be packed away. When emotions are archived like pieces of paper, what beauty could be salvaged from the remnants?

“The Things We Keep is a contemporary family drama that explores the aging process, complicated relationships and repressed emotions that can fester for years without absolution,” comments playwright and Artistic Director Mark Boergers. “I wanted to write a play for theater artists showcasing the The Arc’s deep creative process – which reveals complex themes and emotions. The Things We Keep is the perfect play to highlight our move to Evanston – a production that is so uniquely and personally ‘Arc’ in all of its facets, and allows us to expand our artistic discourse with the community at large.”

Title: THE THINGS WE KEEP

Mark Boergers (Playwright) is the Artistic Director and co-founder of The Arc Theatre. He holds his MFA in Acting from The Theatre School at DePaul University as well as a BS in Business administration from Marquette University. He is a full-time faculty member and Artistic Director of the theater program at Cardinal Stritch University in Milwaukee. He has also works as a freelance casting associate for Paskal-Rudnicke Casting. Mark’s short plays A Given Reality and Stalemate have been produced in various locations and his world premiere adaptation of Cinderella (co-written by Dianne Sposito) will be produced at Cardinal Stritch University in February 2016. Past directing credits include: A Midsummer Night’s Dream, Merry Wives of Windsor, Romeo and Juliet, Twelfth Night, Much Ado About Nothing and Macbeth for Shakespeare on the Ridge, Slow Dance on the Killing Ground for Athena Theatre in Los Angeles, Oedipus Rex and Top Girls for The Arc Theatre and Steel Magnolias, Kindertransport, Do Black Patent Leather Shoes Really Reflect Up? and A Midsummer Night’s Dream for Cardinal Stritch. He will direct the Milwaukee Premiere of Leslye Headland’s Bachelorette in March. www.markboergers.com.

Natalie Sallee (Director) is the Director of New Works for The Arc Theatre and produces “arciTEXT,” our annual ten-minute play festival on a theme chosen to spark conversation about their upcoming theatrical season. She was seen this past summer on stage as Lady Macbeth in Macbeth with The Arc at Shakespeare on the Ridge. Natalie’s directing credits include Assistant Director to Eric Burger on Annapurna at Profiles Theatre and Co-Director with David Zak, Artistic Director of Pride Films and Plays, on Lipstick Goes On Last with 3 Square Productions. She has also directed multiple new plays for Spartan Theatre at the Chicago Fringe Fest and is currently preparing to direct her own El Stories adaptation with The Waltzing Mechanics in the fall of 2016. The Things We Keep marks her debut as a director with The Arc Theatre. Natalie received her BA in Acting from Ball State University and her MFA in Acting from The Chicago College of Performing Arts at Roosevelt University.

About The Arc Theatre

The Arc Theatre is a proud company in the image of Chicago Storefront Theaters. Formed in 2010 by three soon-to-be graduates of The Theatre School at DePaul University, The Arc has been in artistic residence at “Shakespeare on the Ridge” and now moves full time to Evanston to produces a season of classical, contemporary and new works with a relentless commitment to quality of process and craft. Having gained a reputation for intimate story-telling and rich creative experiences for both audience and artist, The Arc works with some of the most provocative theater practitioners in the Chicago area to create its one-of-a kind renditions. Following a critically acclaimed production of Top Girls, The Things We Keep closes The Arc’s third full season exploring “Mortal Sin.”