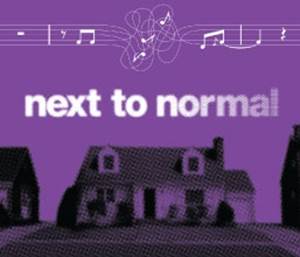 NEXT TO NORMAL has been hailed as a “Brave, breathtaking musical!” by The New York Times; “An emotional powerhouse. The best musical of the season—by a mile. It’ll pin you to your seat!” by Rolling Stone; “Uplifting, marvelous, groundbreaking!” by the Los Angeles Times; and “The future of American Musicals!”by The Washington Post. NEXT TO NORMAL opened off-Broadway in 2008 and moved to Broadway in April of 2009. The groundbreaking production is one of only eight musicals in history to win the Pulitzer Prize for Drama. NEXT TO NORMAL was nominated for eleven 2009 Tony Awards and won three, including Best Original Score and Best Orchestrations. The musical features a Book and Lyrics by Brian Yorkey and Music by Tom Kitt (American Idiot).

The riveting story is an unconscious dissection of a “normal” suburban American family. Driven by a provocative score featuring more than 30 original pop/rock songs, the narrative digs into the household’s foundation, unearthing skeletons of the past.This is a musical that asks the question: Can the seemingly perfect family survive an insurmountable event and tender the untenable? NEXT TO NORMAL is one family’s unflinching, authentic and ultimately hopeful journey through the trials and tribulations of modern life.

NEXT TO NORMAL also stars Skyler Adams as “Henry” (“Claude” in Hair at The Paramount Theatre and The Adventures of Pinocchio at Chicago Shakespeare); Callie Johnson as “Natalie” (Saloon at Peninsula Players and Porchlight Music Theatre’s Pal Joey); Colte Julian as “Dr. Fine”/“Madden” (Million Dollar Quartet at the Apollo Theater) and Josh Tolle as “Gabe.”