For the second winter in a row, Spertus Institute for Jewish Learning and Leadership presents Sunday Cinema, a mini Jewish Film Festival that takes place over four Sundays, January 29 – February 19, 2017, bringing new Jewish films to Chicago that area audiences wouldn’t otherwise have a chance to see. Each screening is followed by a post-show discussion with a special guest speaker related to the film or its subject. All films are screened in Spertus Institute’s state-of-the-art Feinberg Theater (610 S Michigan Ave).

This year’s theme is Jewish Lives. The films profile exceptional individuals whose stories reveal the depth and diversity of the Jewish world. Included are four documentary films—shot in Ukraine, Jerusalem, New York, and Kansas City—along with one award-winning short film from Ireland. The series continues Spertus Institute’s celebration of Jewish arts and culture as vehicles to foster understanding of both Jewish and universal experiences.

Isaac Babel (1894-1940) was a Russian journalist, playwright, and short story writer. His writings, including Red Cavalry and Tales of Odessa, are generally considered masterpieces of Russian literature. His work challenged the ideology of the early Soviet Union and he was arrested and executed at the hands of Stalin’s regime.

In Finding Babel, his grandson, theater professor Andrei Malaev-Babel, pieces together the story of the grandfather he never knew. He travels across Ukraine and Russia amid modern-day conflicts to learn the truth about Babel’s execution. About the film’s relevance, Novack, an award-winning documentarian, said, “In an age where conflict has once again arisen in the battle-torn lands of Ukraine, where journalists are executed in a Paris office or beheaded in the Syrian Desert, where artists and writers face threats, arrest, or even torture in countless authoritarian nations—Babel’s pen draws a line of continuity through history. It reminds us of the danger of unlimited power and the suffering of the common person in any conflict.”

The Village Voice says Finding Babel, “gains in power, insight, and urgency as it journeys.” The New York Times states

the film “makes you want to read Babl’s writing.”

Andrei Malaev-Babel will introduce the film and lead a post-show discussion.

Big Sonia, recently nominated for Best Documentary by AARP’s Movies for Grownups Awards, profiles Sonia Warshawski, who at 4’8″ tall is a tiny woman with a huge personality. In her adopted hometown of Kansas City, she is one of the last living Holocaust survivors. For years, she’s been an inspirational public speaker, sharing her story of surviving the horrors of the Holocaust with people afraid that their own traumas will define them. She is also a business owner, still driving herself to work every day even though she can barely see over the steering wheel. But when Sonia is served an eviction notice for her iconic tailor shop, she’s confronted with an agonizing decision about her own future.

About Sonia Warshawski, The Huffington Post says “this spunky Holocaust survivor will keep telling her story until bullying and discrimination stop. The Hollywood Reporter declares Big Sonia “engaging and thoughtful.”

Morgenthau, New York Emmy Award-winner for Best Historical Program, tells the story of an American family with a zeal for justice. It traces the public service careers of Henry Morgenthau Senior, who served as United States Ambassador to the Ottoman Empire; Henry Morgenthau Junior, the United States Secretary of Treasury under President Franklin Delano Roosevelt; and Robert M. Morgenthau, District Attorney of New York County for more than 30 years. 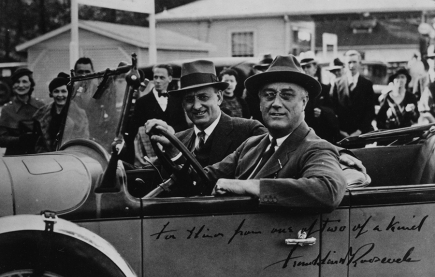 The film profiles the three generations of Morgenthaus through a century of fighting for social justice and human rights—from pursuit of international action against the genocide of Armenians on the cusp of WWI, through efforts to rescue Jews from the Holocaust despite American political obstruction, to the struggle to reduce street crime and pioneer the prosecution of white collar corruption in New York City.

Dr. Tony Michels, the George L. Mosse Professor of American Jewish History at University of Wisconsin–Madison, will introduce the film and lead a post-show discussion. Dr. Michels is an expert on activism in American Jewish life and the author of Jewish Radicals: A Documentary History.

Torah Treasures and Curious Trash follows Jo Milgrom, a learned 87-year-old artist, who scavenges Jerusalem dumpsters for junk, then combines her finds with worn out ritual objects rescued from synagogues and funeral homes. Armed with a glue gun, she challenges the religious establishment by juxtaposing sacred and mundane, creating Jewish commentary with antique typewriters, computer parts, and broken glass.

Torah Treasures and Curious Trash will be preceded by an award-winning short film, Hannah Cohen’s Holy Communion, which portrays a glimpse of Ireland through the eyes of spirited seven-year-old Hannah Cohen. Hannah can’t wait to make her Holy Communion, but there’s a problem—she’s Jewish. With beauty, brevity, and humor, this film explores the universal desire to fit in.

Spertus Institute Curator of Collections Ionit Behar will introduce the films and lead a post-show discussion. Behar is a PhD Candidate in Art History at the University of Illinois, who regularly writes for print and online publications including ArtSlant and the Chicago Reader.

Tickets are $18 for each screening, with $8 discounted tickets for students. Advance tickets, which are recommended, can be purchased online at spertus.edu/film or by phone at 312.322.1773. Discount parking is now available for $8 at Grant Park South Garage with Spertus validation.

Spertus Institute is a partner with the Jewish United Fund in serving our community.