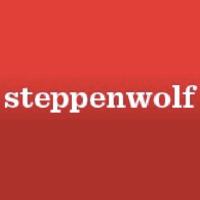 he Arts (NEA) Chairman Rocco Landesman announced last week that Steppenwolf Theatre Company is one of 832 non-profit organizations nationwide to receive an NEA Art Works grant in the amount of $100,000. The grant supports the world-premiere production of Head of Passes by ensemble member Tarell Alvin McCraney, directed by ensemble member Tina Landau in the Downstairs Theatre, April 4 – June 9, 2013.

“This is a project that could only have evolved at our theater and one that represents the unique alchemy of ensemble artists in the creation of a new work for the American canon of dramatic literature,” notes Artistic Director Martha Lavey. “Head of Passes is a deeply personal work of scale and ambition that has been envisioned and shaped by the resources and permissions of an artistic home, and I am thrilled that we are able to present the world premiere with support from the National Endowment for the Arts.”

Head of Passes is a profound and intimate exploration of faith and its role in American culture today; and more particularly in the African-American community in which women are typically the keepers of tradition, the bearers of suffering, and the tellers of story. Taking his inspiration from the biblical Book of Job, McCraney’s contemporary drama is a powerful story of God’s retribution and a woman’s sacrifice, set in the murky swamplands at the mouth of the Mississippi—an area named the “Head of Passes.” Shelah’s family and friends plan a surprise birthday party for her. But the festivities are quickly overshadowed by a series of revelations that point to a dark secret in the family’s past—revelations that leave Shelah trying to find faith, a footing and a truer sense of God. Head of Passes features ensemble members Alana Arenas and Tim Hopper with Cheryl Lynn Bruce, Glenn Davis and Jacqueline Williams.

“I’m proud to announce these 832 grants to the American public including the world premiere of Head of Passes at Steppenwolf Theatre Company,” said Chairman Landesman. “These projects offer extraordinary examples of creativity in our country, including the creation of new work, innovative ways of engaging audiences, and exemplary education programs.”

In March 2012, the NEA received 1,509 eligible applications for Art Works requesting more than $74 million in funding. The 832 NEA grants total $22.3 million, span 13 artistic disciplines and fields, and focus primarily on the creation of work and presentation of both new and existing works for the benefit of American audiences. Applications were reviewed by panels of outside experts convened by NEA staff and each project was judged on its artistic excellence and artistic merit.

Steppenwolf Theatre Company is America’s longest standing, most distinguished ensemble theater, producing nearly 700 performances and events annually in its three Chicago theater spaces—the 515-seat Downstairs Theatre, the 299-seat Upstairs Theatre and the 80-seat Garage Theatre. Formed in 1976 by a collective of actors, Steppenwolf has grown into an ensemble of 43 actors, writers and directors. Artistic programming at Steppenwolf includes a five-play Subscription Season, a two-play Steppenwolf for Young Adults season and three repertory series: First Look Repertory of New Work, Garage Rep and Next Up. While firmly grounded in the Chicago community, nearly 40 original Steppenwolf productions have enjoyed success both nationally and internationally, including Off-Broadway, Broadway, London, Sydney and Dublin. Steppenwolf has the distinction of being the only theater to receive the National Medal of Arts, in addition to numerous other prestigious honors including an Illinois Arts Legend Award and nine Tony Awards. Martha Lavey is the Artistic Director and David Hawkanson is the Executive Director. Nora Daley is Chair of Steppenwolf’s Board of Trustees. For additional information, visitsteppenwolf.org, facebook.com/steppenwolftheatre and twitter.com/steppenwolfthtr.