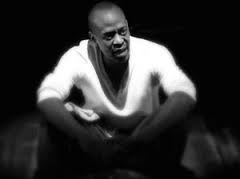 In the parking lot of The Hummingbird, a once-glamorous motel on New Orleans’ infamous Airline Highway, a group of friends gather. A rag-tag collection of strippers, hustlers and philosophers have come together to celebrate the life of Miss Ruby, an iconic burlesque performer who has requested a funeral before she dies. The party rages through the night as old friends resurface to pay their respects. A world premiere from the author of Detroit, Airline Highway is a boisterous and moving ode to the outcasts that make life a little more interesting.

Airline Highway was originally commissioned and developed by Steppenwolf Theatre Company with support from The Andrew W. Mellon Foundation. Lisa D’Amour’s critically acclaimed production of Detroit also received its world premiere production at Steppenwolf and was directed by ensemble member Austin Pendleton. Detroit received a second production under Pendleton’s direction at the Royal National Theater, as well as several subsequent productions. Detroit won the Obie Award for Best New American Play in 2013 and was a finalist for the 2011 Pulitzer Prize in Drama and the 2011 Susan Smith Blackburn prize. Airline Highway is D’Amour’s first full-length play about New Orleans, the city where she was raised and currently resides.

Lisa D’Amour (Playwright) is a playwright and interdisciplinary artist and one half of the OBIE Award-winning performance duo PearlDamour.  Her plays have been produced by theaters across the country, including Playwrights Horizons, Theatre of a Two-Headed Calf and Clubbed Thumb (New York); Children’s Theater Company (Minneapolis); The Wilma Theater (Philadelphia); and Woolly Mammoth Theater (Washington D.C.). D’Amour’s playDetroit premiered at Steppenwolf in 2010, directed by ensemble member Austin Pendleton. Pendleton also directed the second production at the Royal National Theater with a British cast. Detroit was a finalist for the 2011 Pulitzer Prize in Drama and the 2011 Susan Smith Blackburn prize. PearlDamour is known for creating interdiscplinary, often site-specific works which range from the intimate to large scale.  Recent work includes How to Build a Forest, an eight-hour performance installation created with visual artist Shawn Hall (The Kitchen, New York, 2011, currently touring) and MILTON, a performance created from visits and interviews in five U.S. cities named Milton. She is the recipient of the 2008 Herb Alpert Award for the Arts in Theatre, the 2011 Steinberg Playwright Award and the 2013 Doris Duke Performing Artist Award.

Steppenwolf Theatre Company is America’s longest standing, most distinguished ensemble theater, producing nearly 700 performances and events annually in its three Chicago theater spaces—the 515-seat Downstairs Theatre, the 299-seat Upstairs Theatre and the 80-seat Garage Theatre. Formed in 1976 by a collective of actors, Steppenwolf has grown into an ensemble of 44 actors, writers and directors. Artistic programming at Steppenwolf includes a five-play Subscription Season, a two-play Steppenwolf for Young Adults season and two repertory series: First Look Repertory of New Work, and Garage Rep. While firmly grounded in the Chicago community, nearly 40 original Steppenwolf productions have enjoyed success both nationally and internationally, including Off-Broadway, Broadway, London, Sydney and Dublin. Steppenwolf has the distinction of being the only theater to receive the National Medal of Arts, in addition to numerous other prestigious honors including an Illinois Arts Legend Award and 12 Tony Awards. Martha Lavey is the Artistic Director and David Hawkanson is the Executive Director. Nora Daley is Chair of Steppenwolf’s Board of Trustees. For additional information, visit steppenwolf.org, facebook.com/steppenwolftheatre and twitter.com/steppenwolfthtr.