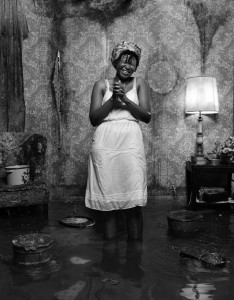 The distant present, at the Mississippi River’s mouth. Shelah’s family and friends plan a surprise birthday party, but the festivities are overshadowed by revelations that point to a dark family secret. Ensemble members Tarell Alvin McCraney and Tina Landau—writer and director of Steppenwolf’s laudedThe Brother/Sister Plays—team up again for this world premiere drama, told in McCraney’s sweeping, signature style.

Steppenwolf’s 2012/13 season, The Reckoning, explores the moment when we are called to account. Will our deeds be repaid? Will our secrets be revealed? Will we get what we deserve? Head of Passes is one of five stories about what happens when the past comes knocking.

Saturday and Sunday matinees at 3pm.

Group Tickets: All groups of 10 or more receive a discounted rate for any performance throughout the season.

Head of Passes is the recipient of a Joyce Award. Support provided by the National Endowment for the Arts. Allstate Insurance Company is Corporate Production Sponsor for Head of Passes.

Currently on stage is The Motherf**ker with the Hat by Stephen Adly Guirgis, directed by ensemble member Anna D. Shapiro (through March 3, 2013) in the Downstairs Theatre (1650 N Halsted St).