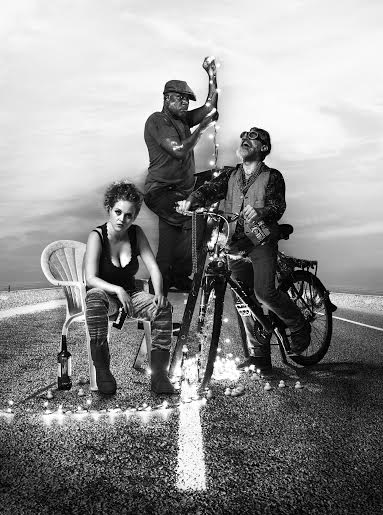 Steppenwolf Theatre Company continues its 2014/15 subscription season with the world premiere production of Airline Highway, written by Lisa D’Amour (Detroit, How to Build a Forest) and directed by Joe Mantello (The Last Ship, Casa Valentina, Wicked). Steppenwolf’s production will be presented by Manhattan Theatre Club (MTC) at their Samuel J. Friedman Theatre on Broadway in Spring 2015. Airline Highway begins previews December 4, 2014 (Opening night is December 14, 2014; Press performances are December 13 at 3pm and December 16 at 7:30pm) and runs through February 8, 2015 in Steppenwolf’s Downstairs Theatre (1650 N Halsted St).Single tickets to Airline Highway ($20 – $86) are available through Audience Services (1650 N Halsted St), at 312-335-1650 or steppenwolf.org.

In the parking lot of The Hummingbird, a once-glamorous motel on New Orleans’ infamous Airline Highway, a group of friends gather. A rag-tag collection of strippers, hustlers and philosophers have come together to celebrate the life of Miss Ruby, an iconic burlesque performer who has requested a funeral before she dies. The party rages through the night as old friends resurface to pay their respects. A world premiere from the author of Detroit, Airline Highway is a boisterous and moving ode to the outcasts that make life a little more interesting.

“The play is deeply concerned with interrogating the nature of community and belonging. Lisa has rooted the play in her hometown of New Orleans, an American city that lives in the cultural imagination as the home of Mardi Gras,” sharesArtistic Director Martha Lavey. “Everything about the setting suggests transience, of passage, of the betwixt and between condition that so characterizes the rite of Mardi Gras. And indeed, the denizens of The Hummingbird motel are, for the most part, workers in clubs and bars that have capitalized on the tourist demand for Mardi Gras and extended its commercial reach well into Jazz Fest. As Francis, the poet of the group declares, ‘The real fest is on the edges…’”

Airline Highway was commissioned and developed by Steppenwolf Theatre Company with support from The Andrew W. Mellon Foundation. Lisa D’Amour’s critically acclaimed production of Detroit premiered at Steppenwolf under the direction of ensemble member Austin Pendleton in 2010. Pendleton also directed the second production at the Royal National Theater. Detroit won the Obie Award for Best New American Play in 2013 and was a finalist for the 2011 Pulitzer Prize in Drama and the 2011 Susan Smith Blackburn prize.

“It took me a long time to be brave enough to write about my hometown of New Orleans – it is so hard to capture the nuance of this city in writing,” says Lisa D’Amour. “This play is a celebration of NOLA natives and longtime locals; the people who have built the city and made it what it is. The character of Miss Ruby is based on New Orleans living legend Chris Owens, who still performs her incredible burlesque routine on Bourbon Street. I am interested in telling the story of New Orleaneans who have lived through it all — and continue to do so, on the fringes and behind the scenes.

Joe Mantello was recently in Chicago to direct The Last Ship, a musical by Sting now playing on Broadway. As an actor, Mantello received Emmy and Critics’ Choice Television Award nominations for his performance in HBO’s The Normal Heart. The two-time Tony Award-winning director has worked closely with many ensemble members starting with his college classmate, K. Todd Freeman and extending to Rondi Reed in Wicked, and with Laurie Metcalf repeatedly on the New York stage.