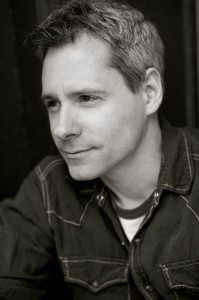 The Steppenwolf Theatre Company Ensemble is pleased to announce its newest member, playwright Bruce Norris. Among his many accomplishments, Norris is the author of The Qualms, playing July 3 – August 31 in Steppenwolf’s Downstairs Theatre. Since 2000, Steppenwolf has produced seven of Norris’s plays, including Clybourne Park and the world premieres of A Parallelogram, The Unmentionables, The Pain and the Itch, We All Went Down to Amsterdam, Purple Heart and The Infidel.

“After cohabiting in a common-law arrangement for the past fifteen years or so,” quips Norris, “Steppenwolf Theatre and I have finally decided to make it official. I would have no so-called career as a so-called writer without the help of Steppenwolf generally and Martha Lavey in particular. I’m up to my eyeballs in debt to her.”

Similarly pleased, Artistic Director Martha Lavey comments, “It is an honor to make official the long and happy creative partnership Steppenwolf has forged with Bruce Norris.  We welcome Bruce into the ensemble on the eve of his eighth production at the theater—our most produced playwright—and look forward to many years of our work together.”

Bruce Norris is the author of Domesticated, which was commissioned by Lincoln Center and premiered there in November 2013. Earlier in 2013 the Royal Court premiered The Low Road in London. His play, Clybourne Park, won the Tony Award for Best Play in 2012, the Olivier and Evening Standard Awards (London) for Best Play, 2011 and the Pulitzer Prize for Drama, 2011. It is currently receiving productions throughout the United States as well as Germany, Australia, and elsewhere.

Other plays include The Infidel (2000), Purple Heart (2002), We All Went Down to Amsterdam (2003), The Pain and the Itch (2004), The Unmentionables (2006) and A Parallelogram (2010), all of which had their premieres at Steppenwolf Theatre, Chicago.  His work has also been seen at Playwrights Horizons (New York), Lookingglass Theatre (Chicago), Mark Taper Forum (Los Angeles) Philadelphia Theatre Company, Woolly Mammoth Theatre (Washington, D.C.) Staatstheater Mainz (Germany) and the Galway Festival (Ireland), among others.  His plays have been published by Northwestern University Press, Nick Hern Books, Faber & Faber and Dramatists Play Service.

He is the recipient of the Steinberg Playwright Award (2009) and The Whiting Foundation Prize for Drama (2006) as well as two Joseph Jefferson Awards (Chicago) for Best New Work.  As an actor he can be seen in the films A Civil Action, The Sixth Sense and All Good Things. He lives in New York.

THE QUALMS AT STEPPENWOLF THEATRE

Steppenwolf Theatre Company’s world-premiere production of The Qualms by Bruce Norris begins previewsJuly 3, 2014 in the Downstairs Theatre. Tickets ($20 – 86) are on sale now at steppenwolf.org.

At a beachside apartment complex, a group of friends gathers for their regular evening of food, drink, drugs and partner-swapping. When Chris and Kristy attempt to become the newest members, the evening does not go as planned. The artichoke dip grows cold as the party devolves into a territorial battle over mating privileges. Does sex ruin everything? And what is the purpose of monogamy? Bruce Norris’s comedy explores the eternal struggle for power, status and getting laid.

Steppenwolf Theatre Company is America’s longest standing, most distinguished ensemble theater, producing nearly 700 performances and events annually in its three Chicago theater spaces—the 515-seat Downstairs Theatre, the 299-seat Upstairs Theatre and the 80-seat Garage Theatre. Formed in 1976 by a collective of actors, Steppenwolf has grown into an ensemble of 44 actors, writers and directors. Artistic programming at Steppenwolf includes a five-play Subscription Season, a two-play Steppenwolf for Young Adults season and two repertory series: First Look Repertory of New Work and Garage Rep. While firmly grounded in the Chicago community, nearly 40 original Steppenwolf productions have enjoyed success both nationally and internationally, including Off-Broadway, Broadway, London, Sydney and Dublin. Steppenwolf has the distinction of being the only theater to receive the National Medal of Arts, in addition to numerous other prestigious honors including an Illinois Arts Legend Award and 12 Tony Awards. Martha Lavey is the Artistic Director and David Hawkanson is the Executive Director. Nora Daley is Chair of Steppenwolf’s Board of Trustees. For additional information, visit steppenwolf.org, facebook.com/steppenwolftheatre and twitter.com/steppenwolfthtr.