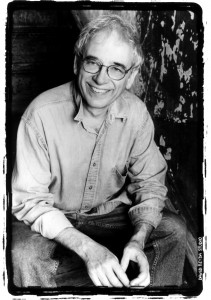 “We are so proud to bring these stories to you, animated by some of the most exciting theater artists working today. It is a season of five plays that will move you, make you laugh out loud, and think deeply about how we live and love,” comments Artistic Director Martha Lavey.

On a 19th century Spanish farm, Beatriz is happily preparing for her sister’s wedding when the house is overrun by soldiers. In the chaos, she becomes the unintentional guardian of a young girl. Her determination to reunite the child with her father sweeps Beatriz along on a journey across war zones and through time. But what began as a simple act of kindness takes on a strange twist when the girl acquires curious powers. The Wheel is a spellbinding story of what happens to hope and human nature in times of war.

The Wheel premiered at the Edinburgh Fringe Festival by the National Theatre of Scotland in 2011. Playwright Zinnie Harris has also written Midwinter, Further than the Furthest Thing and Solstice. Ensemble member Tina Landau’s recent credits include the world premiere of Head of Passes by ensemble member Tarell Alvin McCraney at Steppenwolf, in addition to The Brother/Sister Plays,Superior Donuts (also Broadway) and The Tempest.

Billy’s intellectual and proudly eccentric English family is its own tiny empire: private languages, in jokes and fiery arguments. Billy, deaf since birth, is the only one who truly listens. When he meets his girlfriend Sylvia, he is introduced to a larger Deaf community, which sparks a struggle for self-identity and rebellion against his family. Tribes is a sharp, witty story about finding the place where you can be heard—and the family where you belong.

A rowdy Russian family in Sheepshead Bay, Brooklyn is on a daily hustle to achieve the American Dream. When Uncle Boris arrives from the old country, his mysterious business ventures force the family to decide just how far they are willing to go to come out on top. A funny, passionate family drama that slyly transforms into a heart-pounding thriller, Russian Transport is a fascinating look at the contemporary American immigrant experience.

Russian Transport premiered Off-Broadway in 2012, presented by the New Group. Erika Sheffer is a playwright and actor from Brooklyn, New York; Russian Transport is her first play. Ensemble memberYasen Peyankov most recently appeared in Three Sisters and Penelope during the 2011/12 season, and directed the Steppenwolf for Young Adults production of The Glass Menagerie.

In a modern-day California town that’s seen better days, Mom shares death-defying tales of pioneer crossings with her two squabbling adult daughters as she waits for her bankruptcy to come through. Peppered with original prairie songs, this hilarious and heartbreaking play about today’s American family explores the mixed blessing of our great frontier spirit, which has fueled both self-delusion and survival.

Steppenwolf’s production marks the world premiere of The Way West, following a workshop presented by the Lark Play Development Center in November 2012. Other plays by Mona Mansour includeHour of Feeling, Urge for Going, Across the Water, Girl Scouts of America and Broadcast Yourself. Ensemble member Amy Morton returns to Steppenwolf following her critically acclaimed performance as Martha in Steppenwolf’s production of Edward Albee’s Who’s Afraid of Virginia Woolf? on Broadway. Recent Steppenwolf directing credits include Clybourne Park, American Buffalo and Dublin Carol.

Directed by Pam MacKinnon
July 3 – August 31, 2014 in the Downstairs Theatre

At a beachside apartment complex, a group of friends gathers for their regular evening of food, drink, drugs and partner-swapping. When Chris and Kristy attempt to become the newest members, the evening does not go as planned. The artichoke dip grows cold as the party devolves into a territorial battle over mating privileges. Does sex ruin everything? And what is the purpose of monogamy? Pulitzer Prize-winning author Bruce Norris’s comedy explores the eternal struggle for power, status and getting laid.

Pulitzer Prize-winning playwright and actor Bruce Norris returns to Steppenwolf for the world premiere of The Qualms following the hit Clybourne Park in 2011 and the world premieres of A Parallelogram,The Unmentionables, The Pain and the Itch, Purple Heart and The Infidel. Director Pam MacKinnon, who staged Clybourne Park last season on Broadway, returns to Steppenwolf following her production of Edward Albee’s Who’s Afraid of Virginia Woolf?, which recently closed on Broadway.

Free post-show discussions are offered after every performance in the subscription season. Steppenwolf is located near all forms of public transportation and is wheelchair accessible. Street and lot parking are available. Performances featuring American Sign Language interpretation, open captioning and audio description are offered during the run of each play. Assistive listening devices and large-print programs are available for every performance.

United Airlines as the Official and Exclusive Airline of Steppenwolf.

Steppenwolf Theatre Company is America’s longest standing, most distinguished ensemble theater, producing nearly 700 performances and events annually in its three Chicago theater spaces—the 515-seat Downstairs Theatre, the 299-seat Upstairs Theatre and the 80-seat Garage Theatre. Formed in 1976 by a collective of actors, Steppenwolf has grown into an ensemble of 43 actors, writers and directors. Artistic programming at Steppenwolf includes a five-play Subscription Season, a two-play Steppenwolf for Young Adults season and three repertory series: First Look Repertory of New Work, Garage Rep and Next Up. While firmly grounded in the Chicago community, nearly 40 original Steppenwolf productions have enjoyed success both nationally and internationally, including Off-Broadway, Broadway, London, Sydney and Dublin. Steppenwolf has the distinction of being the only theater to receive the National Medal of Arts, in addition to numerous other prestigious honors including an Illinois Arts Legend Award and nine Tony Awards. Martha Lavey is the Artistic Director and David Hawkanson is the Executive Director. Nora Daley is Chair of Steppenwolf’s Board of Trustees. For additional information, visit steppenwolf.org, facebook.com/steppenwolftheatre andtwitter.com/steppenwolfthtr.