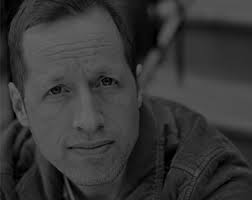 Casting is complete for Steppenwolf Theatre Company’s Chicago-premiere production of The Night Alive by Conor McPherson. Henry Wishcamper directs a cast featuring ensemble members Francis Guinan and Tim Hopper with Helen Sadler, Dan Waller and M. Emmet Walsh. The world premiere of The Night Alive was produced at the Donmar Warehouse in 2013. The Night Alive begins previews September 18, 2014 (opening night is September 28; press performances are September 27 at 3pm and September 30 at 7:30pm) and runs through November 16, 2014 in Steppenwolf’s Downstairs Theatre (1650 N Halsted St).

Tim Hopper’s recent roles at Steppenwolf were Boris in Russian Transport and Dr. Anderson in Head of Passes. He directed Buena Vista for the 2013 First Look Repertory of New Work and Pursued by Happiness for the 2008 First Look Repertory. Recent television appearances include The Americans, Chicago Fire and The Good Wife. Films include School of Rock, To Die For and the upcoming Food.

M. Emmett Walsh is considered to be one of America’s pre-eminent character actors and his familiar face has been seen in over 100 feature films, over 150 television shows and numerous critically acclaimed stage performances. He has appeared in several seasons of regional theatre, years of summer stock and on Broadway in That Championship Season and Does the Tiger Wear a Necktie. He starred as Boss Finley in the critically acclaimed Tennessee Williams’s Sweet Bird of Youth at the La Jolla Playhouse, and as patriarch Joe Keller in Arthur Miller’s All My Sons at the famed Washington Arena Stage. He starred in Sam Shepard’s revival of Buried Child as Dodge at the National Theatre in London to amazing reviews.  His last stage appearance was as Jack in Wendy Wasserstein’s Third at the Geffen Playhouse in Los Angeles. Notable film appearances include Blood Simple, Clean and Sober, Blade Runner, A Time To Kill, My Best Friend’s Wedding, Wild Wild West, Straight Time, Albino Alligator, Snow Dogs, Racing Stripes, Free Willy 2, Camp Nowhere, Narrow Margin, White Sands, Missing In Action, Back To School, Harry and The Hendersons, The Music of Chance, Raising Arizona, Ordinary People, Wildcats, Serpico, The Jerk, Cannery Row, Brubaker, Slap Shot, Fletch, Alice’s Restaurant and Little Big Man. Walsh’s many TV credits cover television series, movies and miniseries, including regular and recurring roles on The Mind of the Married Man, Ed, NYPD Blue, Frasier, Home Improvement, The Flash, Unsub, The Sandy Duncan Show and Early Edition.  Recent TV guest appearances include Army Wives and Damages.  In addition, Walsh’s distinctive voice was utilized by Ken Burns in his two landmark documentary series The Civil War and Baseball for PBS.  He has done voiceover work for many animated films, TV Specials and Series.

PwC is the is the Corporate Production Sponsor of The Night Alive.

Steppenwolf Theatre Company is America’s longest standing, most distinguished ensemble theater, producing nearly 700 performances and events annually in its three Chicago theater spaces—the 515-seat Downstairs Theatre, the 299-seat Upstairs Theatre and the 80-seat Garage Theatre. Formed in 1976 by a collective of actors, Steppenwolf has grown into an ensemble of 44 actors, writers and directors. Artistic programming at Steppenwolf includes a five-play Subscription Season, a two-play Steppenwolf for Young Adults season and two repertory series: First Look Repertory of New Work, and Garage Rep. While firmly grounded in the Chicago community, nearly 40 original Steppenwolf productions have enjoyed success both nationally and internationally, including Off-Broadway, Broadway, London, Sydney and Dublin. Steppenwolf has the distinction of being the only theater to receive the National Medal of Arts, in addition to numerous other prestigious honors including an Illinois Arts Legend Award and 12 Tony Awards. Martha Lavey is the Artistic Director and David Hawkanson is the Executive Director. Nora Daley is Chair of Steppenwolf’s Board of Trustees. For additional information, visit steppenwolf.org, facebook.com/steppenwolftheatre and twitter.com/steppenwolfthtr.