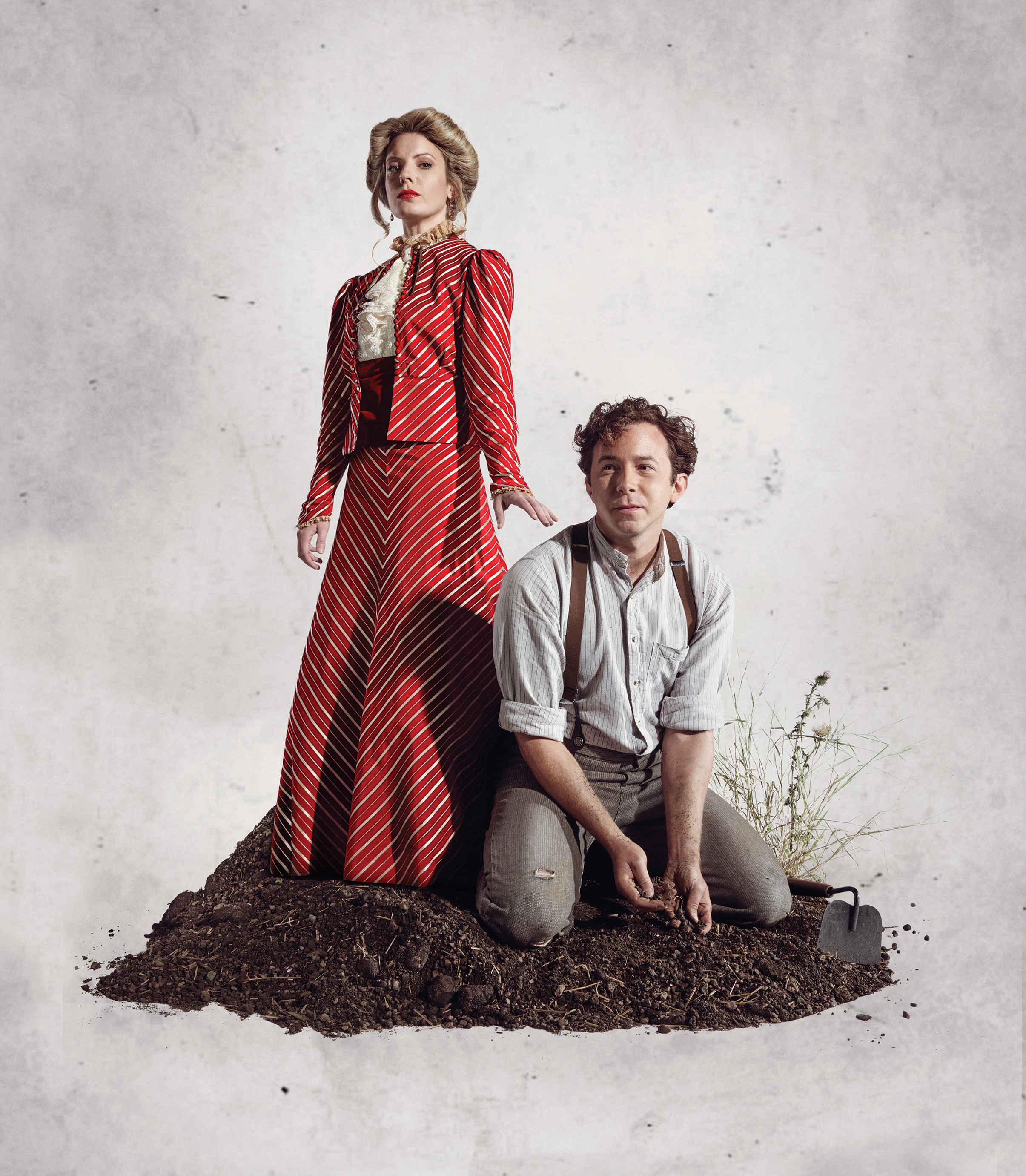 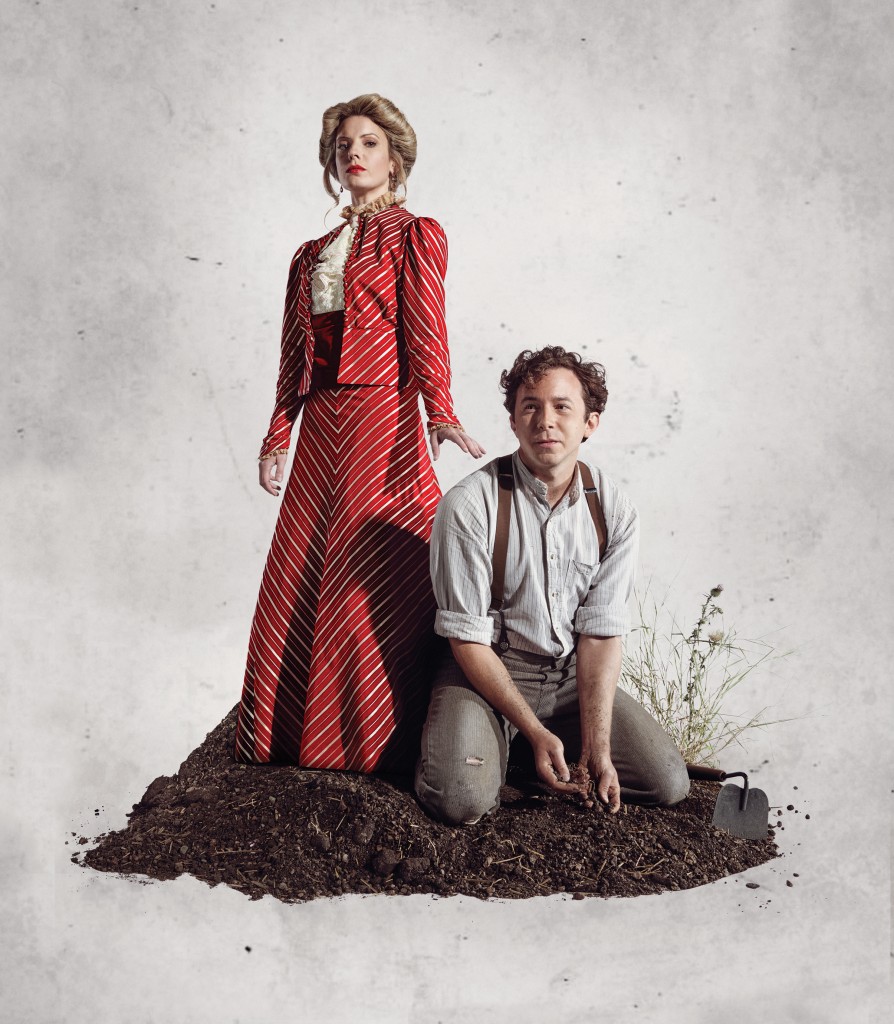 Escaping a turbulent past, Adam Trask is determined to make a new start in California’s Salinas Valley. Adam and his wife Cathy settle on a beautiful farm, and soon Cathy gives birth to twins Caleb and Aron. But family history, sibling rivalry and the impending danger of World War One will threaten their little piece of paradise. East of Eden is a sprawling and unflinching story that asks if is it possible to escape the mistakes of previous generations and choose your own course.

“For me, this adaptation and production are the continuation of a journey Steppenwolf began with The Grapes of Wrath. After 40 years our company is still together, still telling stories, still an ensemble against all odds,” shared adaptor Frank Galati. “Now our co-founder Terry Kinney (who played the mesmerizing Jim Casey in Grapes) is directing. What a glory! Our bond as an ensemble has always made each of us better. We have tried damned hard to be honest. I think that’s what Steinbeck valued most.”

Steppenwolf’s connection with John Steinbeck can be traced back to the company’s 1988 production of The Grapes of Wrath, which Frank Galati adapted and directed. The production transferred to Broadway, California and London and received two Tony Awards—Best Play and Best Director—garnering Steppenwolf international acclaim. Ensemble members Francis Guinan, Tim Hopper, Terry Kinney and Alan Wilder, who all performed in the original production of The Grapes of Wrath, reunite for this new adaptation of East of Eden.

Terry Kinney co-founded Steppenwolf in 1976 with Gary Sinise and Jeff Perry and has directed many notable productions with the company, including John Steinbeck’s Of Mice and Men, The Violet Hour and One Flew Over The Cuckoo’s Nest, which won the Tony Award for Best Revival of a Play in 2000. Kinney’s New York directing credits include the world premiere of Checkers by Doug McGrath, reasons to be pretty and The Money Shot for MCC and Broadway, and After Ashley and Beautiful Child at the Vineyard Theatre, among others. He is widely known for his roles in HBO’s prison drama Oz, as well as the ABC series, The Black Box. Recently, he appeared in HBO’s Show Me a Hero and he recurs on Showtime’s new series, Billions.

Frank Galati has been a member of the Steppenwolf ensemble since 1986. He has received nine Joseph Jefferson Awards for his work in Chicago theater. He won two Tony Awards in 1990 for his adaptation and direction of Steppenwolf’s production of The Grapes of Wrath and was nominated for a Tony Award in 1998 for directing the musical Ragtime. He has staged operas for Chicago Opera Theatre, Lyric Opera of

Chicago and the Metropolitan Opera House. In 1989, Galati was nominated for an Academy Award for his screenplay (with Lawrence Kasdan) of The Accidental Tourist and in 2000 he was inducted into the American Academy of Arts and Sciences. He is a professor emeritus in the department of performance studies at Northwestern University.

Single tickets to East of Eden ($20 – $89) are available through Audience Services (1650 N Halsted St), 312-335-1650 and steppenwolf.org. Previews: $20 – $54 and Regular Run: $20 – $89. Prices subject to change. 20 for $20: twenty $20 tickets are available through Audience Services beginning at 11am on the day of each performance (1pm for Sunday performances). Rush Tickets: half-price rush tickets are available one hour before each show. Student Discounts: a limited number of $15 student tickets are available online. Limit 2 tickets per student; must present a valid student ID for each ticket. For additional student discounts, visit steppenwolf.org/students. Group Tickets: all groups of 10 or more receive a discounted rate for any performance throughout the season. For additional information, visit steppenwolf.org/groups. For subscription packages and flexible pass options available, call312-335-1650. Subscriptions: Season subscriptions are currently on sale. Packages start at $100. Student, educator and access discount subscriptions available. To purchase a 2015/16 subscription, visit Audience Services at 1650 N Halsted St, call 312-335-1650 or visit steppenwolf.org.

Full performance schedule included at end of the release. Curtain times are Tuesdays through Sundays at 7:30pm; Saturday and Sunday matinees at 3pm and Wednesday matinees at 2pm on October 28, November 4 and November 11.

Major support for East of Eden is provided by The Negaunee Foundation, The Andrew W. Mellon Foundation and the Elizabeth F. Cheney Foundation.

Steppenwolf Theatre Company is America’s longest standing, most distinguished ensemble theater, producing nearly 700 performances and events annually in its three Chicago theater spaces—the 515-seat Downstairs Theatre, the 299-seat Upstairs Theatre and the 80-seat Garage Theatre. Formed in 1976 by a collective of actors, Steppenwolf has grown into an ensemble of 44 actors, writers and directors. Artistic programming at Steppenwolf includes a five-play Subscription Season, a two-play Steppenwolf for Young Adults season and two repertory series: First Look Repertory of New Work, and Garage Rep. While firmly grounded in the Chicago community, nearly 40 original Steppenwolf productions have enjoyed success both nationally and internationally, including Off-Broadway, Broadway, London, Sydney, Galway and Dublin. Steppenwolf has the distinction of being the only theater to receive the National Medal of Arts, in addition to numerous other prestigious honors including an Illinois Arts Legend Award and 12 Tony Awards. Anna D. Shapiro is the Artistic Director and David Schmitz is the Managing Director.