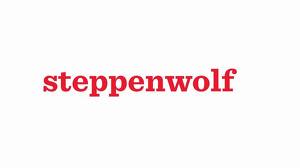 A plane wreck strands a group of English boys on a deserted island during wartime. As they slowly explore their newfound freedom, what starts out as fun and games turns into a vicious battle for power when the boys split into two opposing tribes: one that strives for civility and another that delights in savage violence. The competition escalates into a dangerous, frightening climax, as this thrilling classic looks into the darker parts of human nature where it’s civilization vs. savagery and the mob vs. morality.

When the game turns deadly, how will you play? Steppenwolf for Young Adult’s 2013/14 season includes William Golding’s Lord of the Flies and Leveling Up by Deborah Zoe Laufer: two plays, one new and one classic, where young people navigate tricky moral landscapes—and must confront personal accountability for their choices—in games both virtual and real.

Target is the sponsor of the Target 2-for-1 Sunday Matinees.

Steppenwolf Theatre Company is America’s longest standing, most distinguished ensemble theater, producing nearly 700 performances and events annually in its three Chicago theater spaces—the 515-seat Downstairs Theatre, the 299-seat Upstairs Theatre and the 80-seat Garage Theatre. Formed in 1976 by a collective of actors, Steppenwolf has grown into an ensemble of 43 actors, writers and directors. Artistic programming at Steppenwolf includes a five-play Subscription Season, a two-play Steppenwolf for Young Adults season and three repertory series: First Look Repertory of New Work, Garage Rep and Next Up. While firmly grounded in the Chicago community, nearly 40 original Steppenwolf productions have enjoyed success both nationally and internationally, including Off-Broadway, Broadway, London, Sydney and Dublin. Steppenwolf has the distinction of being the only theater to receive the National Medal of Arts, in addition to numerous other prestigious honors including an Illinois Arts Legend Award and 12 Tony Awards. Martha Lavey is the Artistic Director and David Hawkanson is the Executive Director. Nora Daley is Chair of Steppenwolf’s Board of Trustees. For additional information, visitsteppenwolf.org, facebook.com/steppenwolftheatre and twitter.com/steppenwolfthtr.