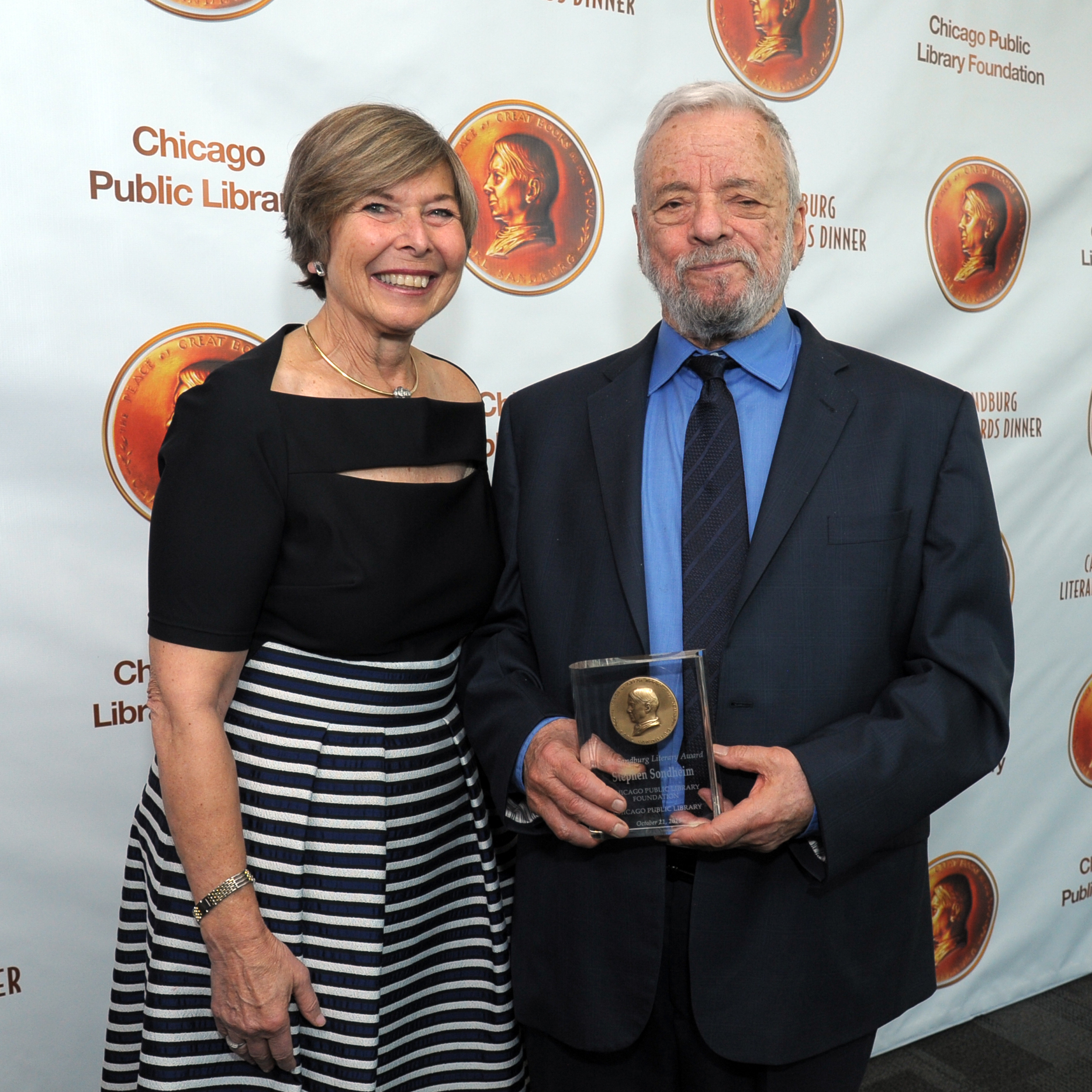 Also being honored was Eric Charles May, who received the 21st Century Award, which salutes emerging authors with ties to Chicago. An associate professor in the Fiction Writing program of Columbia College, the native Chicagoan’s debut novel “Bedrock Faith” was published in 2014 to widespread acclaim.  In the Apri, 2014 issue of O, The Oprah Magazine, “Bedrock Faith” was named one of “Ten Books to Pick Up Now.”

The Carl Sandburg Literary Award is presented to writers in honor of their collective body of work and is now recognized as one of the nation’s most prestigious literary prizes, having been presented to many of the world’s most esteemed fiction and non-fiction authors. The celebration attracts nearly 800 members of Chicago’s civic and cultural communities and is one of the city’s most popular social events, with a cocktail reception and dinner during which guests at each table enjoy the company of a prominent writer, musician, filmmaker or artist with ties to Chicago. The highlight of the evening is an insight-filled onstage conversation with Mr. Sondheim moderated by National Public Radio host and author Scott Simon.  The evening concludes with a dessert reception. Every attendee will receive personally inscribed copies of works by the honored authors as a keepsake of the evening.

“The support that the Chicago Public Library receives from Chicago’s generous business and philanthropic community ensures that our city’s libraries are recognized as leaders in the field worldwide,” said Library Commissioner Brian Bannon.  “In the past year alone, we have seen record-breaking participation in Foundation-funded initiatives such as the Summer Learning Challenge, YOUmedia and Homework Help programs.”

The Chicago Public Library, established in 1872, is one of the nation’s premier library systems.  The Library serves Chicagoans from its 80 welcoming neighborhood locations, providing rich collections of books, innovative programs and services, and  access to state-of-the-art technology. The library welcomes 12 million visitors per year.

Sondheim has been honored with the Presidential Medal of Freedom, the Kennedy Center Honors and numerous Tony and Drama Desk Awards. He received the Pulitzer Prize for Drama for “Sunday in the Park with George” and the Academy Award for Best Song for “Sooner Or Later” from the film “Dick Tracy.” He was appointed the first Visiting Professor of Contemporary Theatre at Oxford University, received the Laurence Oliver Society of London Theatre Special Award and was elected to the American Academy of Arts and Letters, which awarded him with the Gold Medal for Music.

Eric Charles May is the author of the novel “Bedrock Faith,” which was named a Notable African-American Title by Publisher’s Weekly and a Top Ten Debut Novel for 2014 by Booklist magazine. An associate professor in the Fiction Writing program at Columbia College Chicago, May is a Chicago native (raised in Morgan Park and South Shore) and a former reporter for The Washington Post. His fiction has also appeared in Fish Stories, F, Flyleaf Journal, Criminal Class, Solstice, and Hypetext. In addition to his Post reporting, his nonfiction has appeared in Sport Literate, the Chicago Tribune, and the personal essay anthology, “Briefly Knocked Unconscious by a Low-Flying Duck.”